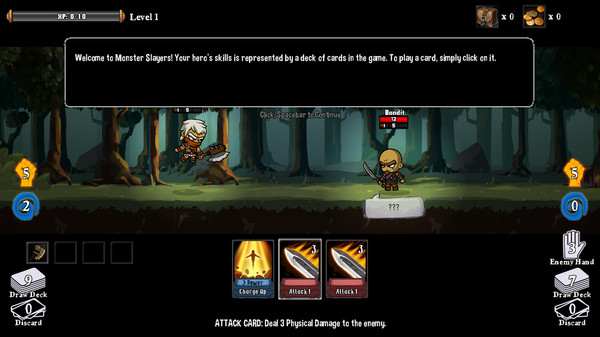 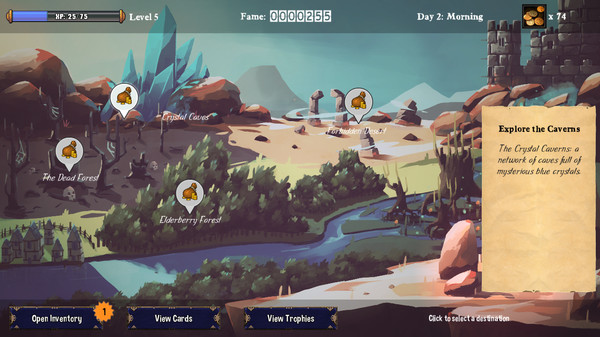 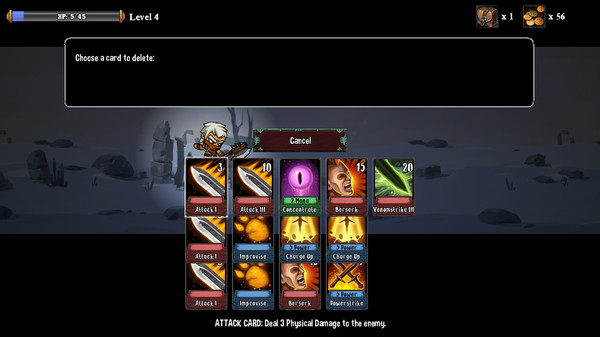 Uploaded: 03.09.2021
Content: text 17 symbols
Loyalty discount! If the total amount of your purchases from the seller kostet624 more than:
If you want to know your discount rate, please provide your email:

Developed by Nerdook (Reverse Crawl, Vertical Drop Heroes), Monster Slayers is a complete reimagining of the free web-based hit of the same name, which has been played over 4 million times on gaming portal, Kongregate. A rogue-like deck-building RPG adventure, Monster Slayers uses an innovative card-based battle system and lets you customize a deck to suit your play style. Create a new hero to join the Monster Slayers Guild and choose your path through the perilous Northern Valley as you follow your quest to defeat the legendary Harbinger and become a true Monster Slayer.
Features
Battle undead goblins, lion outlaws, mighty dragons and other monstrous foes using a unique card-based combat system
Strategically shape your deck as you acquire new cards from merchants, treasure chests, and allies
Collect fame from each run to unlock new abilities that can be used by future heroes
Every playthrough is different: levels, enemy encounters and loot are randomly generated
Choose from six different classes: Rogue, Ranger, Knight, Barbarian, Cleric, Wizard
Recruit companions to join you on your quest and make use of their special abilities
Equip your hero with stat-boosting loot to improve the chances of victory
Fight for your place at the top of the Monster Slayers leaderboards
Inspired by the much-loved deck-building RPG, Dream Quest, created by Peter Whalen (Hearthstone)

✍ Thank you for your positive feedback!