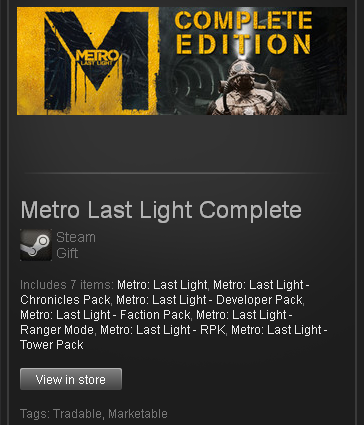 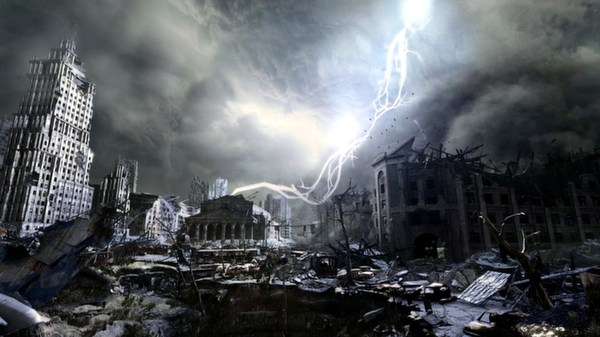 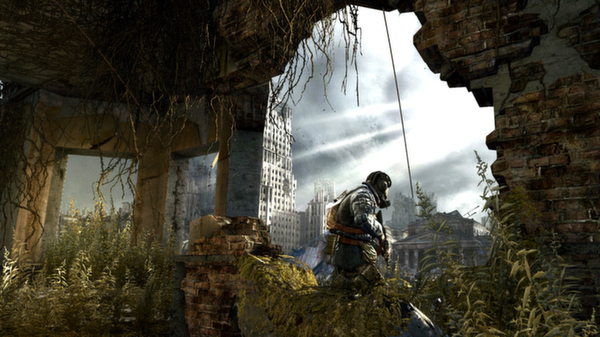 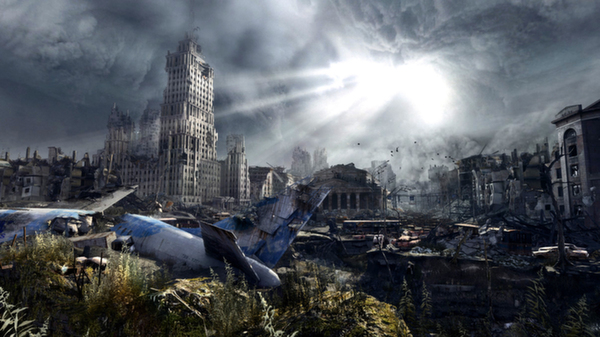 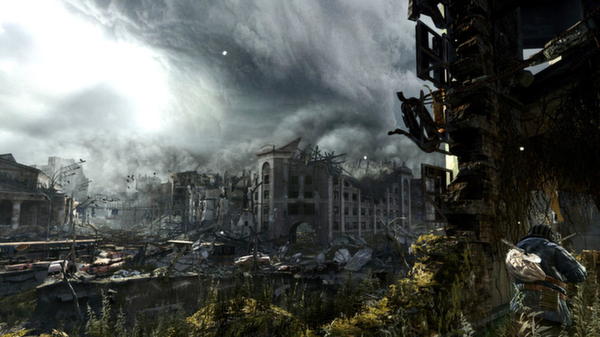 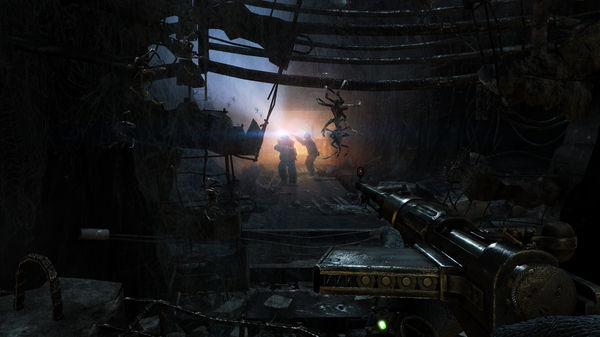 INSTANTLY AFTER PAYMENT YOU WILL RECEIVE A LINK TO ACTIVATE GIFT
Metro: Last Light Complete Edition for STEAM

About the game: It Is the Year 2034. Beneath the ruins of post-apocalyptic Moscow, in the tunnels of the Metro, the remnants of mankind are besieged by deadly threats from outside – and within. Mutants stalk the catacombs beneath the desolate surface, and hunt amidst the poisoned skies above. But rather than stand united, the station-cities of the Metro are locked in a struggle for the ultimate power, a doomsday device from the military vaults of D6. A civil war is stirring that could wipe humanity from the face of the earth forever. As Artyom, burdened by guilt but driven by hope, you hold the key to our survival – the last light in our darkest hour...


After purchase is necessary:

1. Download and install Steam http://steampowered.com/about (if not already installed);
2. Register a new account on Steam or log in to an existing one;
3. Received after the purchase link to copy and paste into your Internet browser, log in under your Steam account and accept a gift to your LIBRARY (ie, activate your account) or ACCEPT and add a gift to your INVENTORY (ie, it can be transferred to someone);
4. After activation, the game will appear in the list of games "Library" in the steam client and you can download the game from steam, and then start playing. Downloadable content (DLC´s) will appear in the game properties in the steam client.