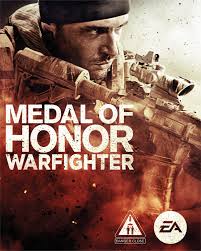 Uploaded: 19.11.2022
Content: text 24 symbols
Loyalty discount! If the total amount of your purchases from the seller mrakk more than:
If you want to know your discount rate, please provide your email:

✅ LICENSE KEY FROM THE GAME Medal of Honor: Warfighter IS DISPLAYED IN THE BROWSER WINDOW AND COME TO YOUR E-MAIL AUTOMATICALLY AFTER PAYMENT !!!

Activation: Origin
Release Date: October 23, 2012
Language: English US
Medal of Honor Warfighter ™ is an aggressive, tough, realistic game in which you act as a fighter of one of the elite units of the US Army. The current operatives of such special detachments took part in the development of the scenario. The Medal of Honor Warfighter reveals the truth about modern warfare and the fight against global terrorism.

Features of the game Medal of Honor Warfighter:

• Battles in real “hot spots”. To rid the world of a terrible threat and stop the spread of PETN, players have to participate in special operations around the world.
• Engine Frostbite 2. Using the revolutionary technology of Frostbite 2, the authors of Medal of Honor Warfighter raised the quality of graphics and sound to a previously unattainable level.
• The Medal of Honor Warfighter will not only talk about soldiers, but also their families, who are also affected by the horrors of war. The current fighters of special forces took part in the work on the script, and therefore there are many documentary details in it.
• Medal of Honor Warfighter allows each player to represent their country on the battlefield. The game features 12 army special forces, including the Alpha group (Russia), SAS (Great Britain), SASR (Australia), KSK (Germany) and GROM (Poland).