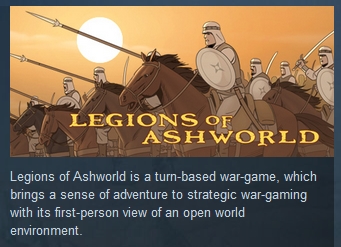 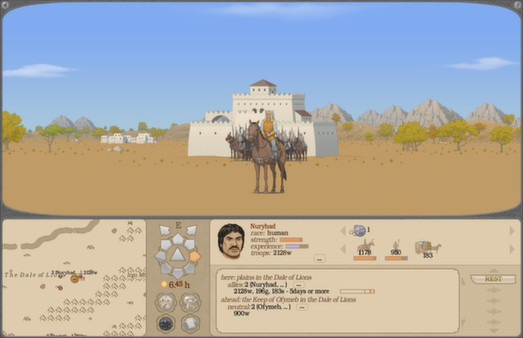 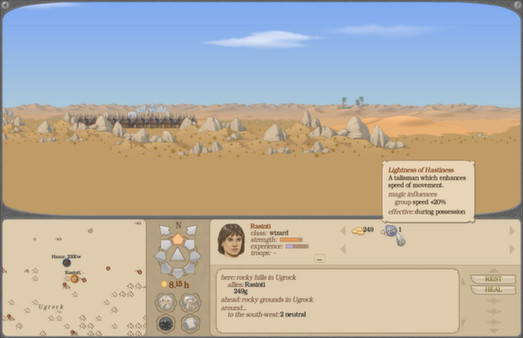 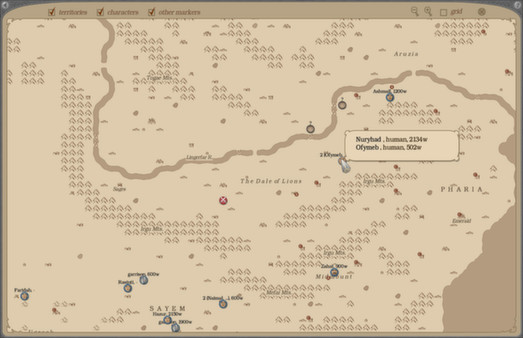 Legions of Ashworld is a turn-based war-game, which brings a sense of adventure to strategic war-gaming with its first-person view of an open world environment. The game is set in a ancient fantasy world of kings, wizards and fearsome creatures. When a powerful empire invades the lands governed by humans all the realms are plunged into a great conflict. It is the player´s task to organise the opposition to the invading forces, uniting the kingdoms into an alliance and ultimately in taking the war back to the invaders.

As the various characters encountered across Ashworld are recruited to the player´s cause, the player can then move them around the lands, having them performing a variety of activities, such as hiring mercenaries, buying goods and provisions, and attacking hostile forces. The lands of Ashworld contain many places of interest - especially noteworthy are various temples, from those occupied by servants of wizards´ orders which provide magic services, to ancient abandoned ruins where valuable magic items can be found. Outside the territories where humans reside other races live who may become important allies if persuaded to join the war.

Special notes
Legions of Ashworld is a hard game, suitable for players wanting something different with a lot of challenge. Those who are not ready for the defeat should stay away.