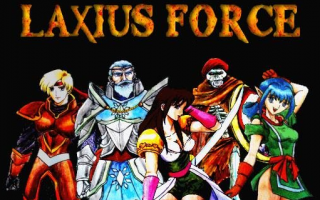 The essence of such utter Laxius Force resembles a kind of mixture of Baldur´s Gate and Dragon Quest. All players are watching the action from a top view.


The project clearly will please fans of old high-quality role-playing games - there is all of the major attributes that distinguish the genre among many others. Here there is a non-linearity, and megalomania, and an abundance of options to address those or other problems.


Storyline Laxius Force is also impressive - its length as much as eighty hours, as noted earlier, there is bored linearity finals depends on the player´s actions. A variety of quests happy - more than a hundred, all of them are developed in one of the five hundred locations. In addition, more than enough secrets and all sorts of other chips.

4. Enter in the field "CDKey / Gift" activation code of the product obtained after the payment and click "Activate".