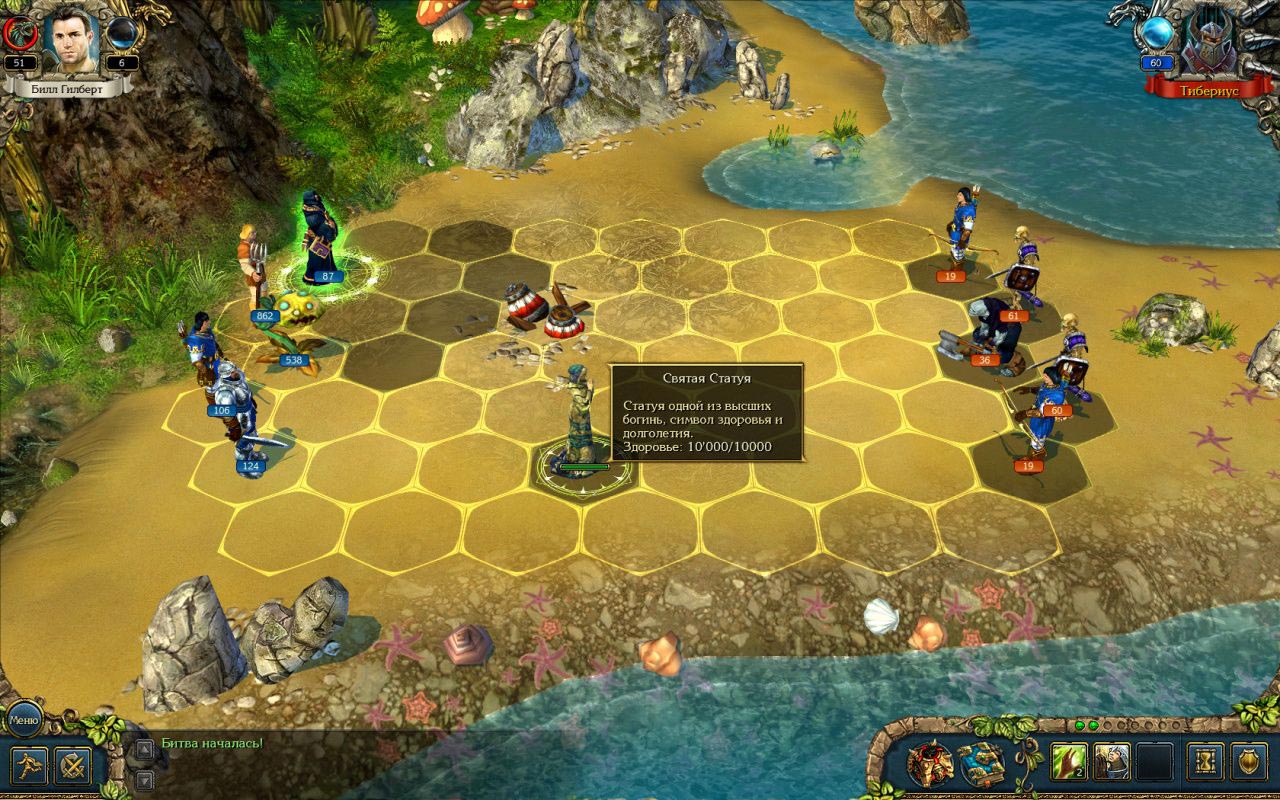 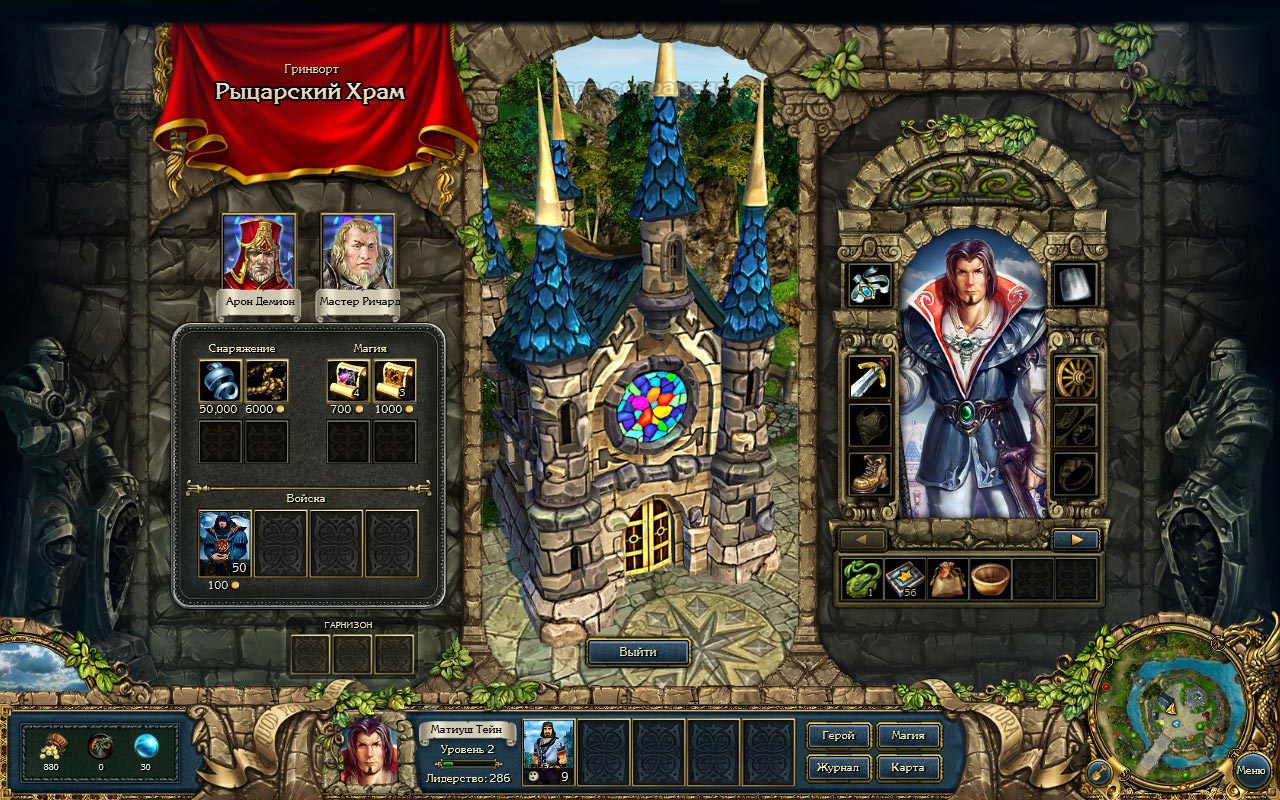 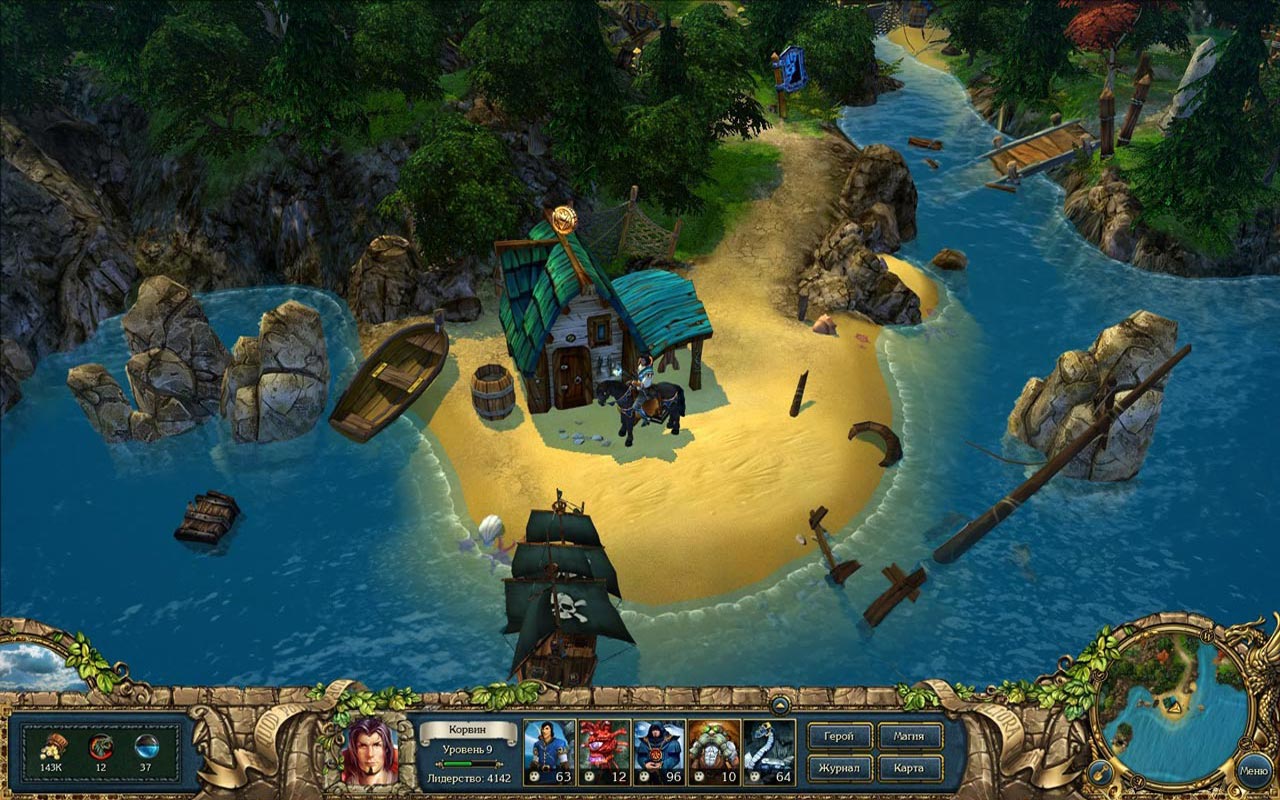 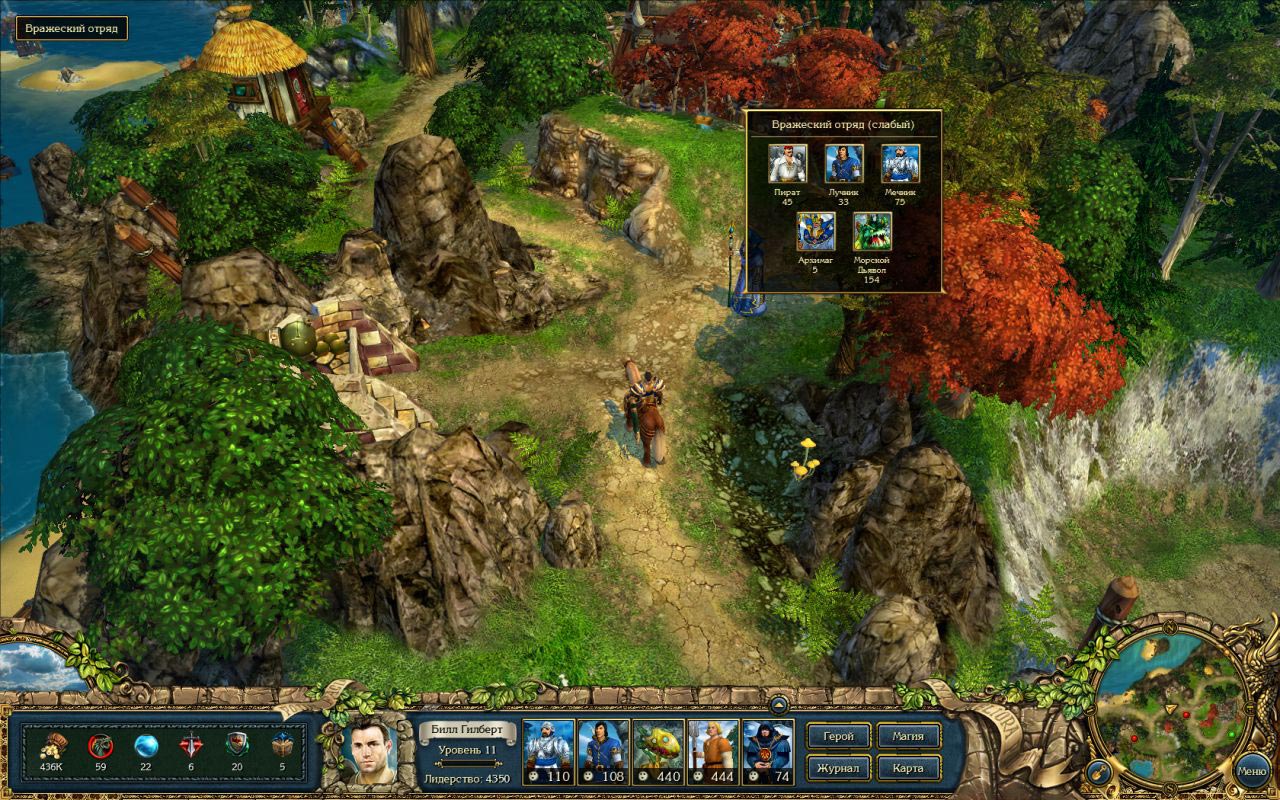 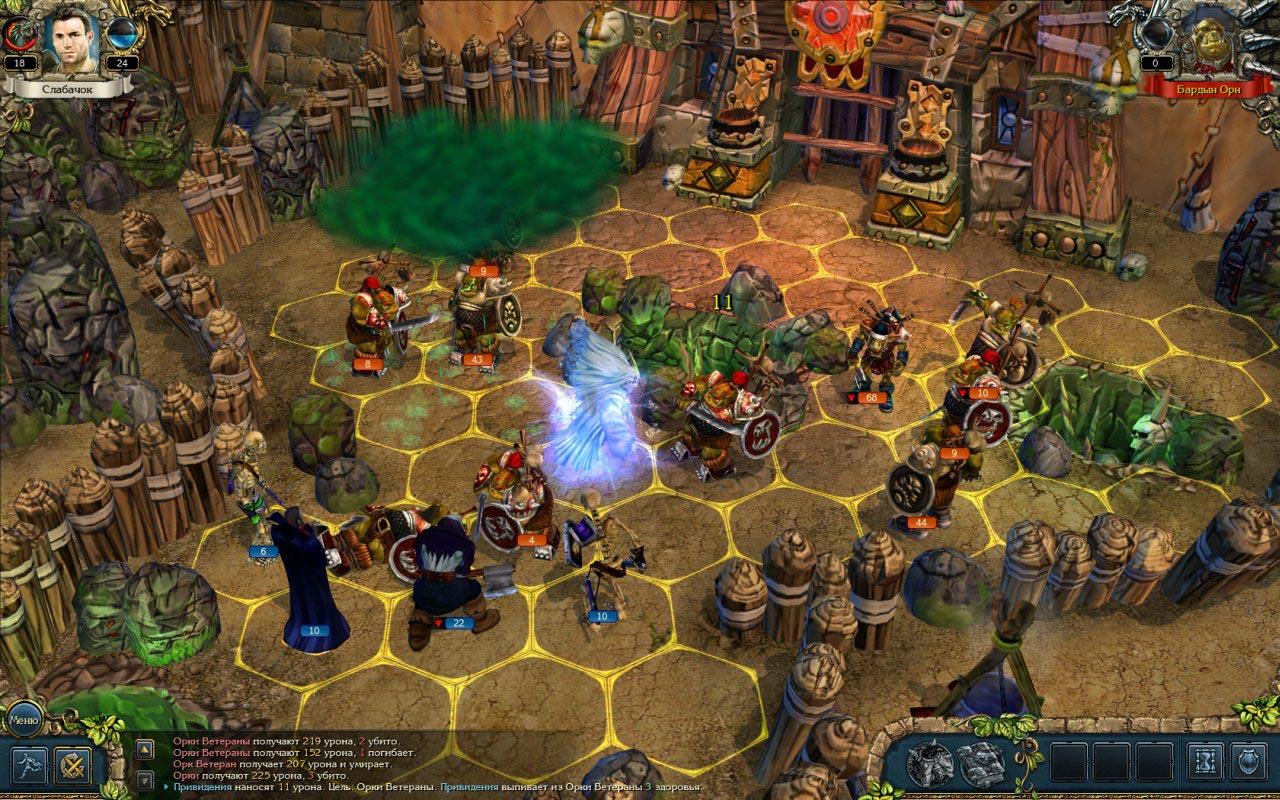 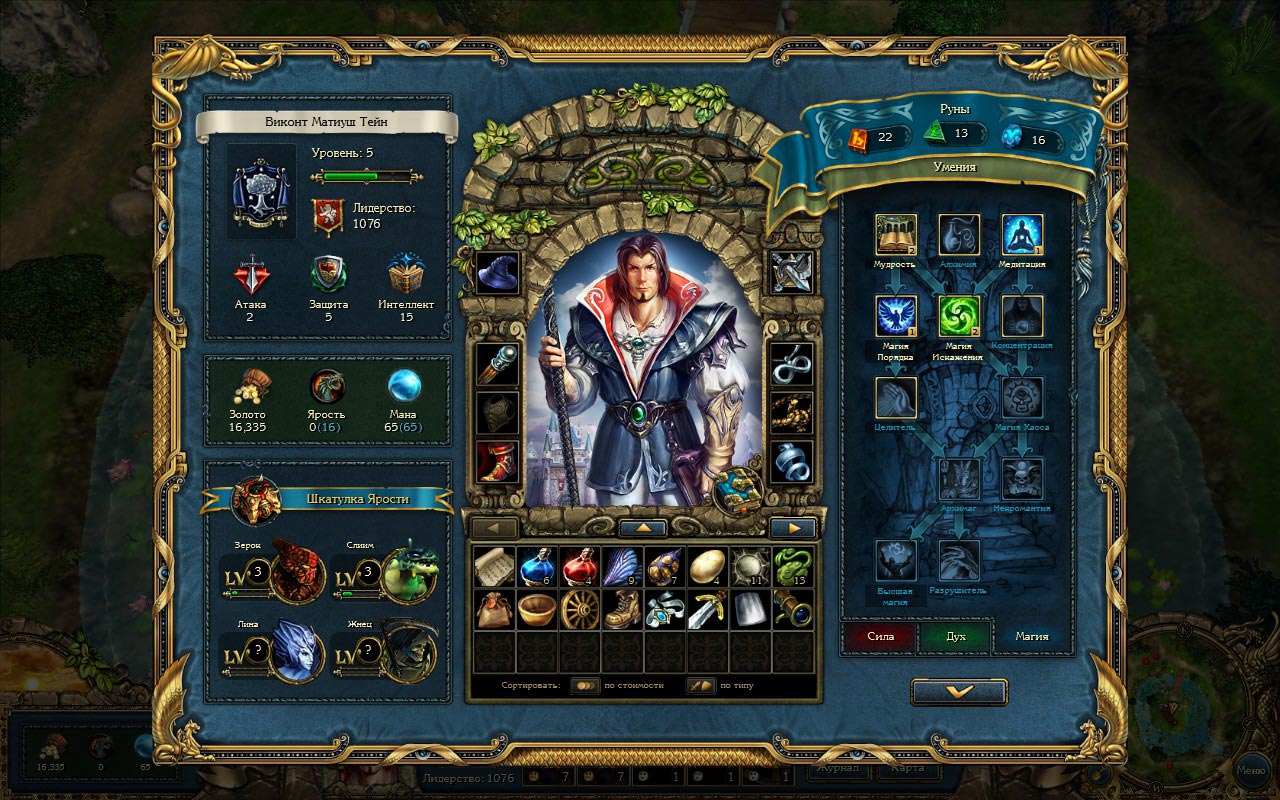 ========================================
The adventure saga, created in the best traditions of the legendary King´s Bounty, is a fascinating fusion of RPG and intense tactical battles. The hero (warrior, magician or paladin) and a whole army of his loyal companions travel across the vast continent, which is a dozen connected locations. The elevation of kings to the throne and their further overthrow, the rescue of princesses caught in the clutches of dragons and the search for pirate treasures, the taming of obstinate ancient artifacts and the next contenders for world domination - these are the harsh everyday life of the royal knight, whose role is assigned to the player. In real time, the main character travels over land and water, underground and in the sky, exploring the world in search of treasures, meeting friends and enemies, improving his skills and abilities and fulfilling orders of kings. During battles, the game switches to tactical mode. Fights take place in battle arenas. Victory will go to the one who most effectively disposes of the troops entrusted to him and successfully uses the magic book, unleashing terrible spells on the heads of enemies and summoning the powerful Spirits of Rage. "King´s Bounty. Legend of the Knight" is replete with unexpected plot twists and original endings. The player will have to face many interesting mysteries and mysteries, make an alliance with a powerful necromancer or steal treasures from the gnomes treasury - in this world, much is possible. The main thing is not to forget about the oath of allegiance to your king, because he does not forgive mistakes.

• Modern engine that supports the latest graphics solutions
• Impeccable graphic style, made according to the canons of classic fantasy
• Beautiful, thoughtful and user-friendly interface
• Fascinating storyline created under the guidance of famous science fiction writers
• Combination of dynamic adventure with turn-based tactical battles
• The freedom to move the hero around the world, consisting of dozens of different locations
• Three classes of characters, with a different style of passing the game
• Alternative to magical development, in the form of calling in battle the Spirits of Fury
• More than 60 unique creatures with their special abilities and skills, ready to fight under your banners
• Unique opponents-super bosses
• More than 70 spells to use on the battlefield and in everyday life