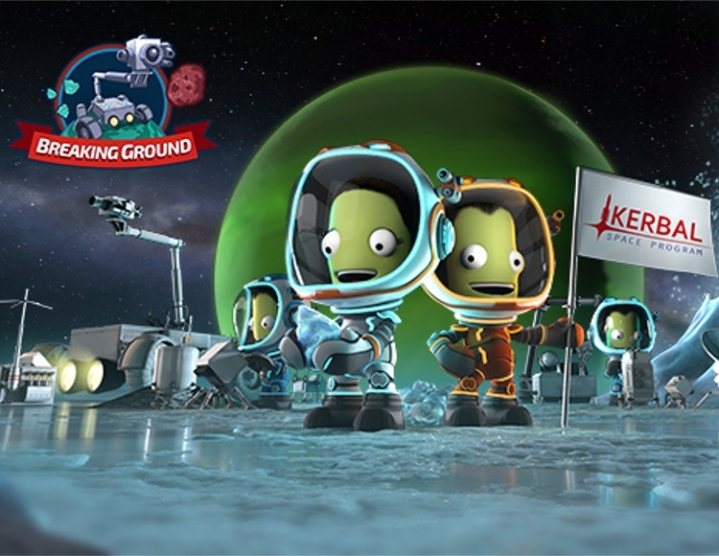 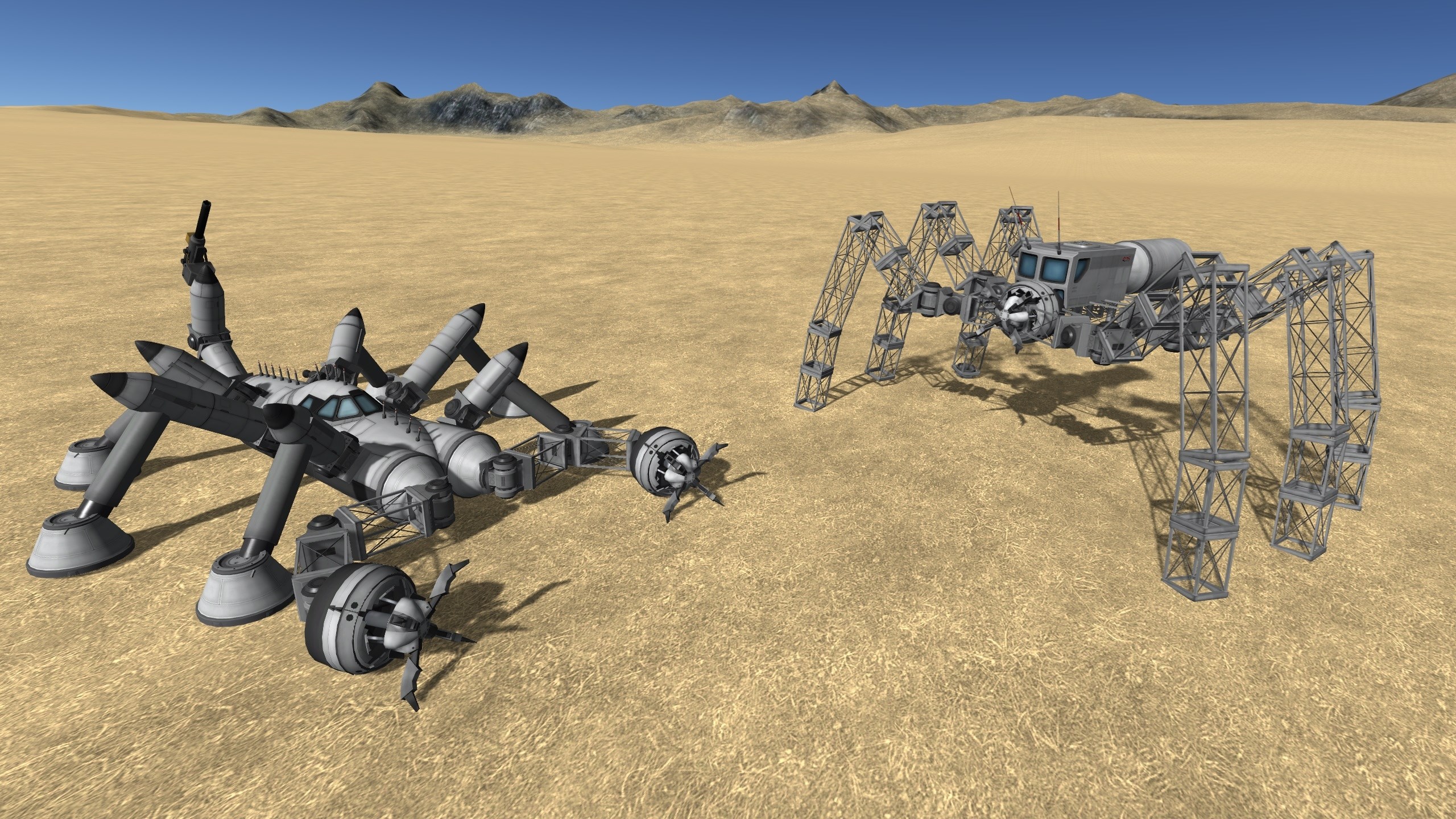 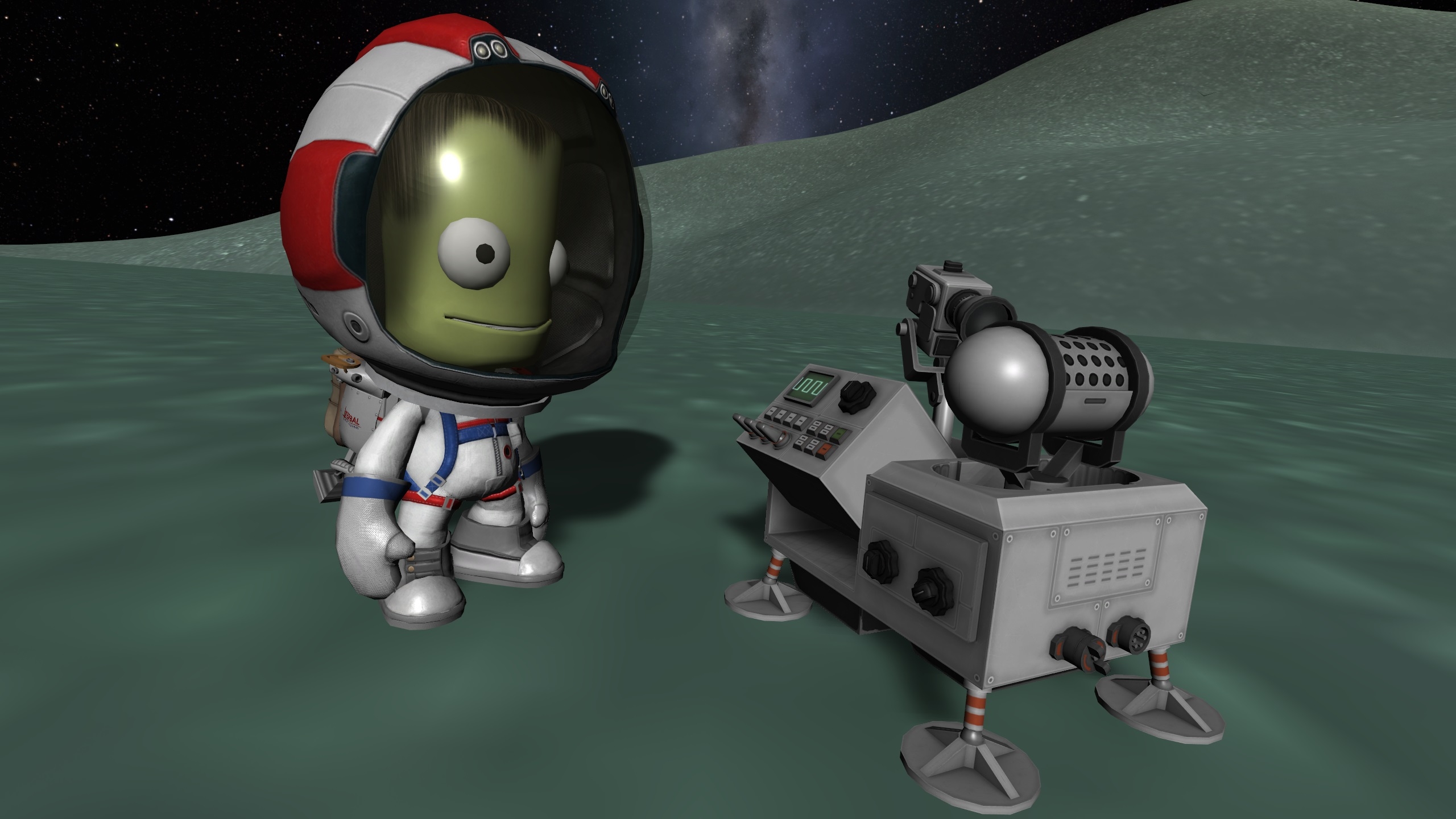 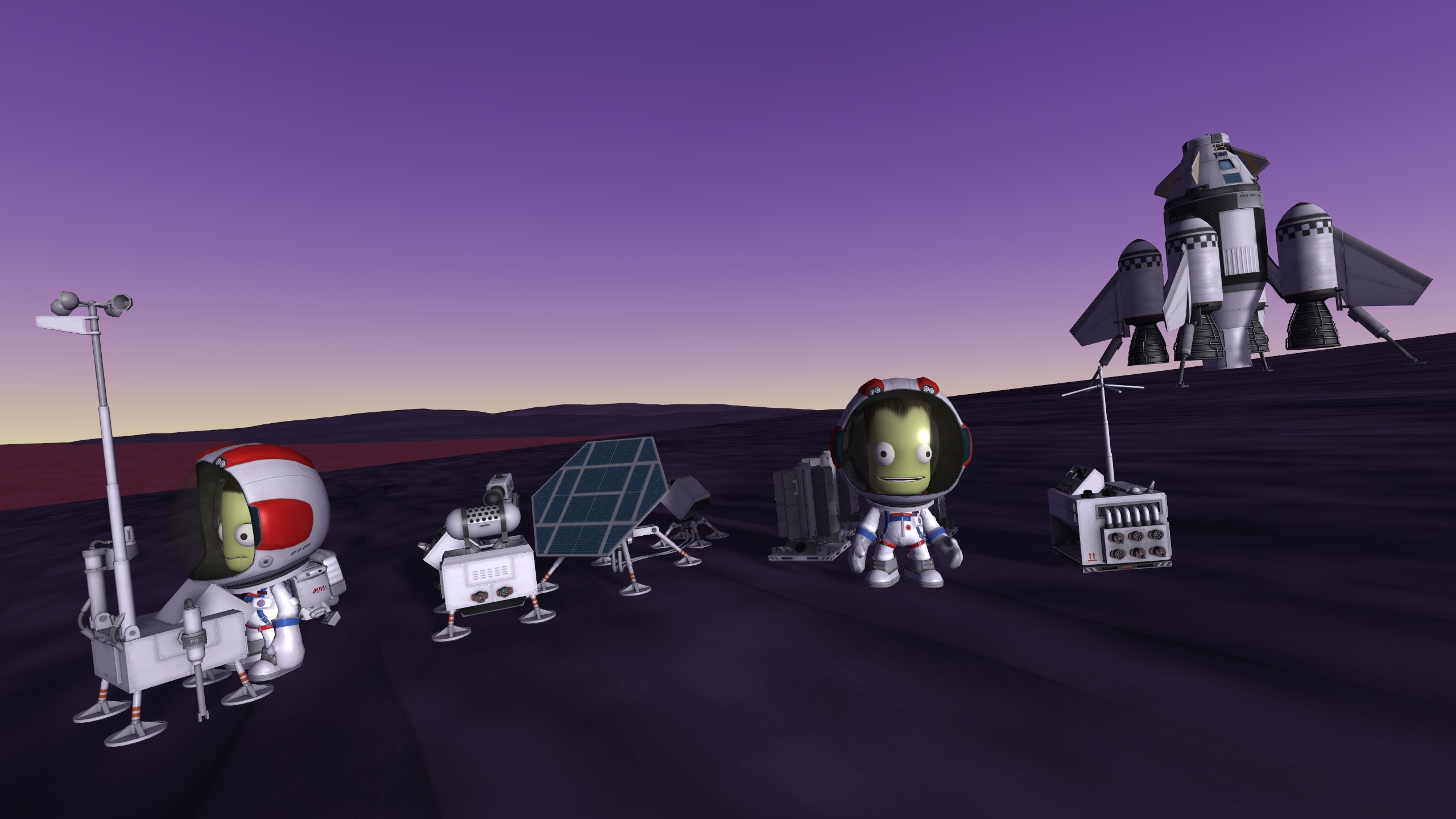 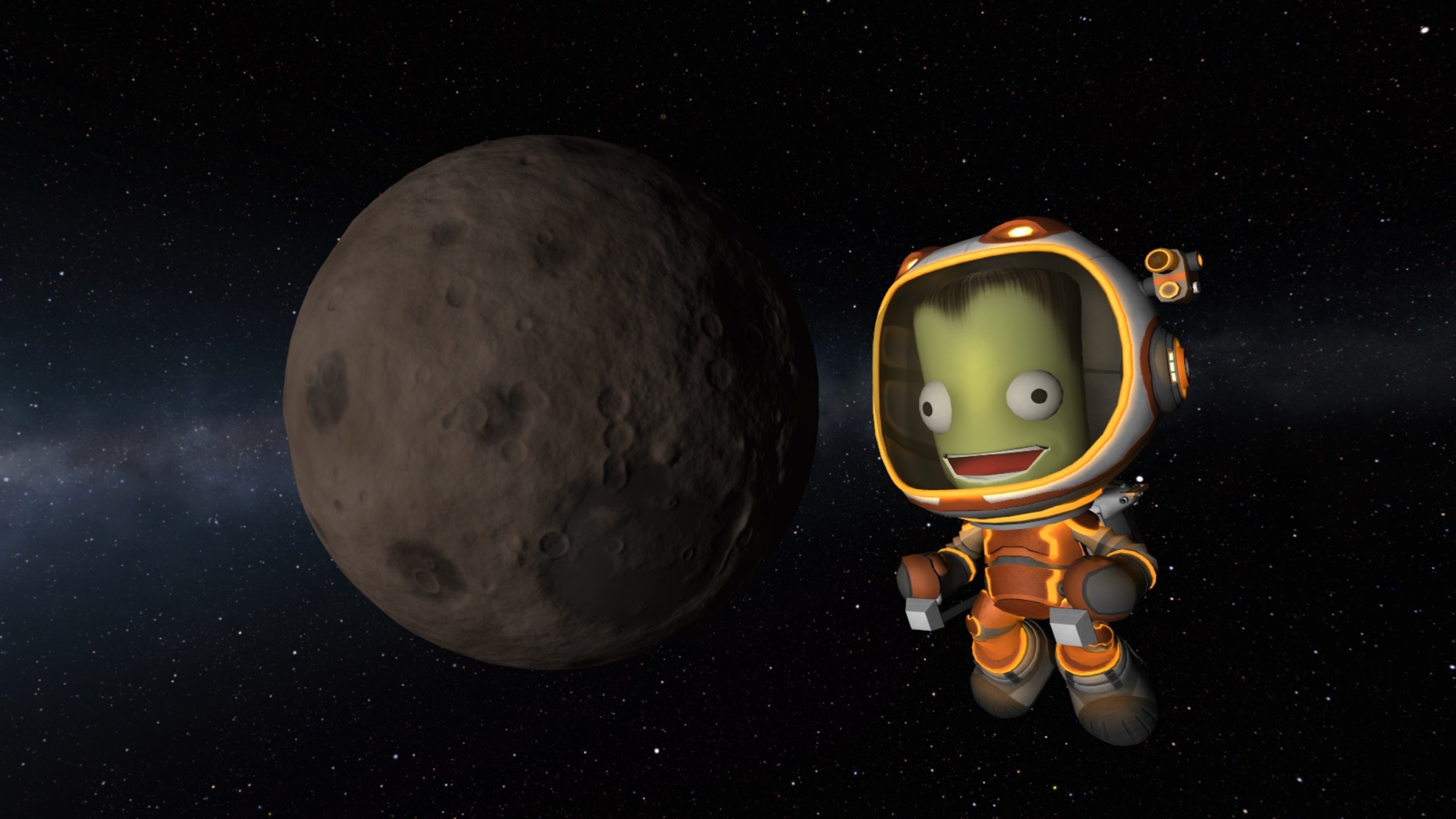 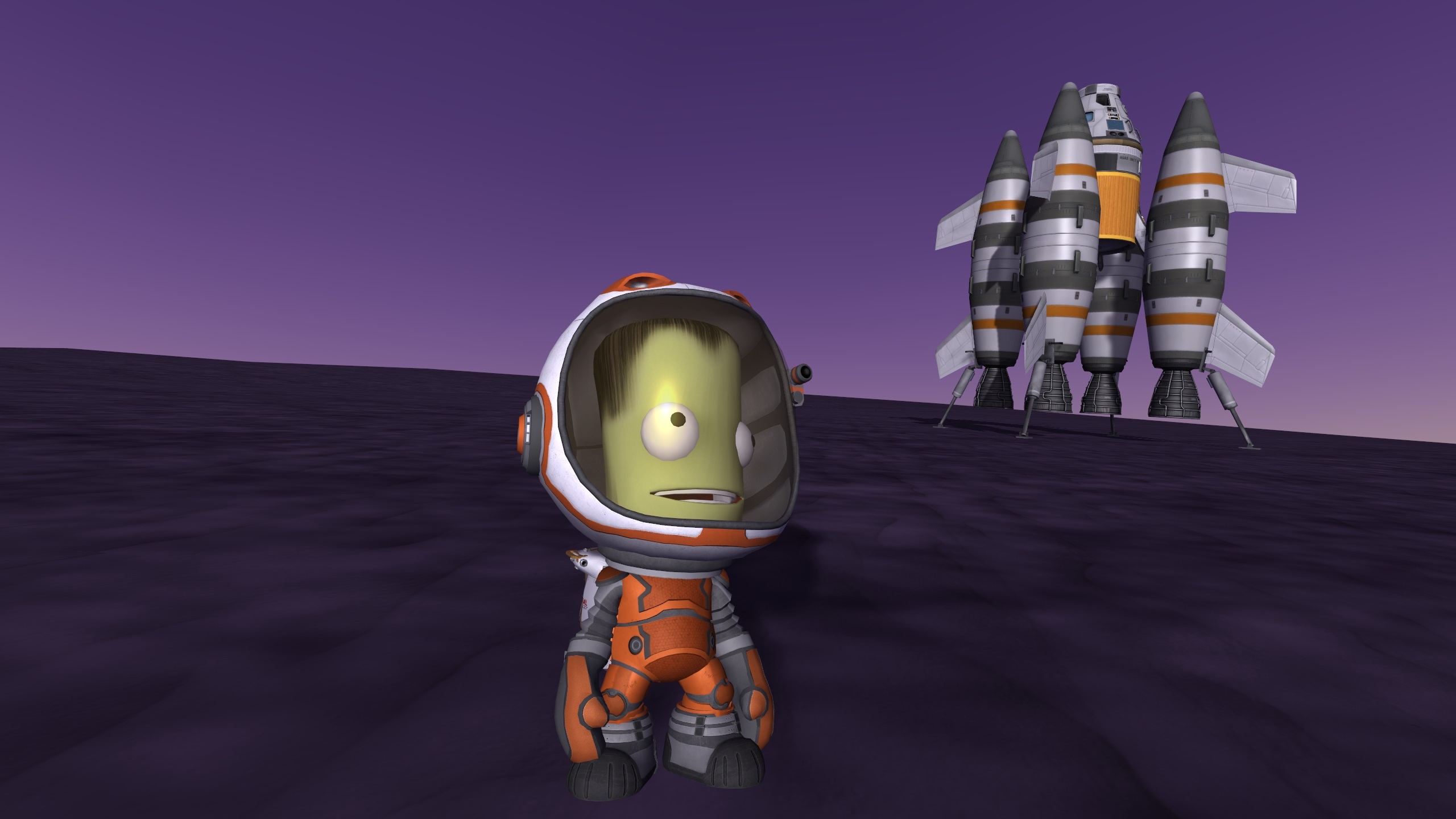 Description:
Attention! To start the game requires the presence of the Kerbal Space Program game.

Kerbal Space Program: Breaking Ground is the second addition to the PC version of the critically acclaimed space simulator Kerbal Space Program. In this rich on the possibility of expansion, emphasis is placed on tasks that can be performed on the surface of cosmic bodies: you will find many interesting scientific experiments and an expanded arsenal of tools. Now after landing on the space body, you can install data collection equipment and conduct scientific experiments. In addition to collecting data, the game also has new landscape features found throughout the solar system. Players will have to find them to scan or take a prototype, which will need to be delivered to Kerbin for further study. In addition to this, robotic parts have become available in the game! Swivels, pistons, rotors and servo drives of rotational motion of various sizes will allow players to create incredible machines. All these parts work according to the laws of physics - taking into account the operating forces, torque, electricity consumption and even the mass of the engine.
Research: Experiments have always gone hand in hand with space exploration, and they have received even more attention at KSP. Now the device can accommodate a special cargo compartment for transportation of scientific equipment. Having reached the destination point, players will need to install equipment consisting of a central station, a signal-amplifying antenna, a solar battery, a weather station, a valid seismic receiver, a thermoelectric generator, a container for observing mucus and an ion detector. To collect data, the equipment must work for some time, after which they are transferred to Kerbin. By the way, to collect seismic data, players will have to deliberately push various objects with the investigated space body!
Features of the landscape: along with the addition of Breaking Ground in the game will be new features of the landscape, found throughout the solar system. Now the surface of cosmic bodies will be decorated with meteors, craters, rock formations, cryovolcanoes and much more. Small elements of the surface can be delivered to the MCC by the forces of the kerbals themselves, and for transporting larger objects, the kerbals will have to ride on planetary rovers or use their unmanned counterparts. Players can attach a robotic arm to the robots and scan large objects for important scientific data.
Robotic parts: finally, the long-awaited robotic parts will appear in KSP! Swivels, pistons, rotors and servo drives of rotational motion of various sizes will allow players to meet new challenges fully armed, as well as create unique devices. In addition, the game will appear the command system, designed to manage all the new details.
A new spacesuit: we continue to ensure that kerbals do not lag behind fashion. In Breaking Ground, players will get a futuristic spacesuit that meets the scientific spirit of the new addition.
Challenge the trials along with a whole arsenal of tools and details at Breaking Ground, the second addition to KSP. Weather stations, solar panels and other equipment will allow players to collect scientific data as long as they search for mysterious landscape objects, such as cryovlucan, with the help of new robotic parts.