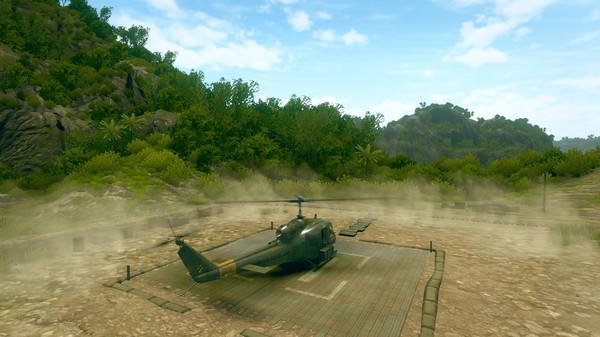 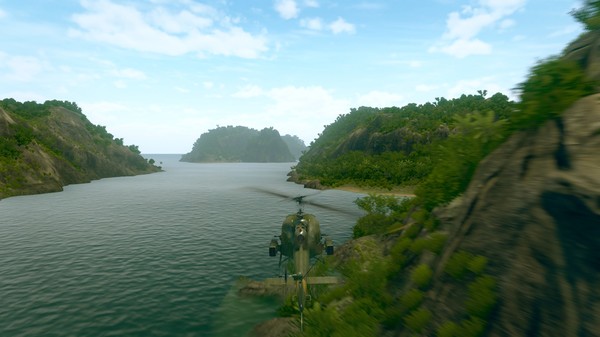 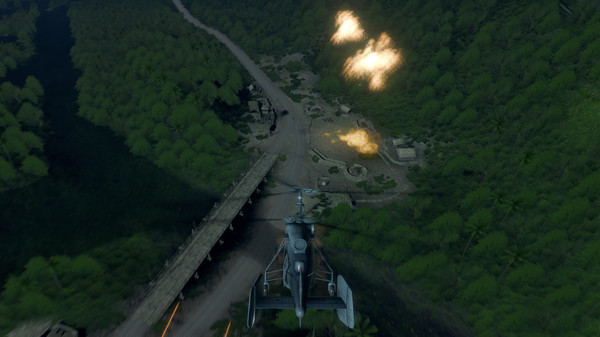 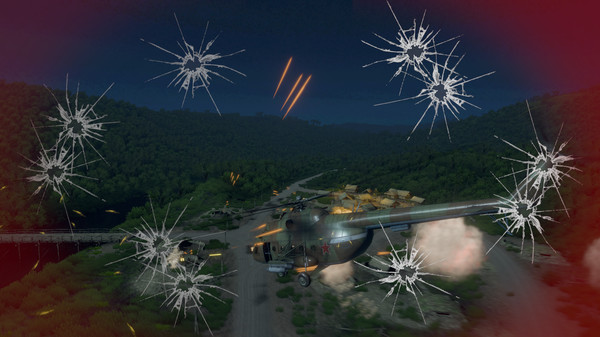 Sold: 0
Uploaded: 15.01.2021
Content: text 17 symbols
Loyalty discount! If the total amount of your purchases from the seller Key_keeper more than:
If you want to know your discount rate, please provide your email:

Heliborne is a military action game about helicopter aviation. Players have at their disposal dozens of helicopters from different eras, from the 1950s to the 2000s, maps based on real conflicts and several game modes. Pilots will not only have to hunt for enemy aircraft, but also transport and support their own ground forces.
Game features:
5 basic game cards


The current map set includes the Gulf of Tonkin (Vietnam), Operation Nguyen Hue (Vietnam), Badakhshan Province (Afghanistan), Khost County (Afghanistan), and Kosovo. All maps are based on real military conflicts. In addition, Heliborne has a detailed training ground where pilots can test any helicopter before a real fight.

Two main game modes: Fast and Frontline. Fast Mode is based on the King of the Hill mechanic and is available in Badakhshan Province and Gulf of Tonkin. In Frontline mode - Operation Nguyen Hue, Khost District and Kosovo maps - players sequentially capture points to help their ground forces move across the map and capture the enemy base.

Single / co-op sandbox missions with procedurally generated objectives are available on the Operation Nguyen Hue and Kosovo maps. Now they are being improved and supplemented. A historical campaign will appear in the game for release.

Over 40 helicopters, each with several sets of weapons


The modifications for each helicopter are entirely based on the weapons that were actually used or could be used in combat operations. All weapons in the game are historically accurate.

The Heliborne flight model with over 70 parameters for each helicopter combines elements of simulators and arcade games. This is one of the key aspects of the game that we regularly improve. As the project progresses, the behavior of the helicopters becomes more realistic.

Troopers land anywhere on the map

Special types of assault forces - mortar crews, soldiers with portable anti-aircraft missile systems (MANPADS) or RPGs - can be landed anywhere on the map. For example, in the most unexpected place for the enemy.

Reconnaissance helicopters are small, fast and maneuverable, but they cannot accommodate a lot of troops. Attack helicopters generally do without landing: their task is to find and destroy the enemy on the ground or in the air. Multipurpose helicopters are capable of transporting large groups of soldiers and are often equipped with powerful weapons, making them a versatile choice on the battlefield.

Four eras of helicopter development, from the 1950s to the 2000s

The Vietnam War is considered an era of maturation of helicopters, and in the following decades they became indispensable equipment for military and civilian purposes. The division of helicopters into four historical stages corresponds to the stages of development of rotary-wing aircraft.