Hearts of Iron IV: Battle for the Bosporus Expansion 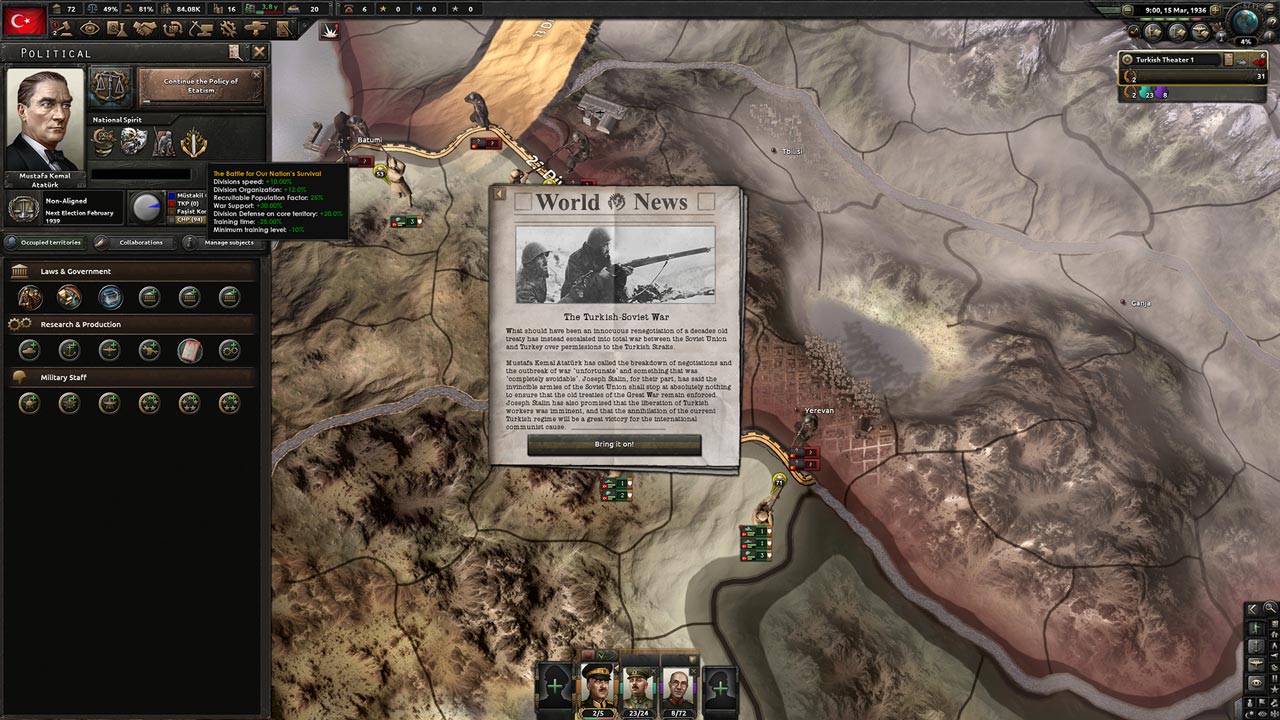 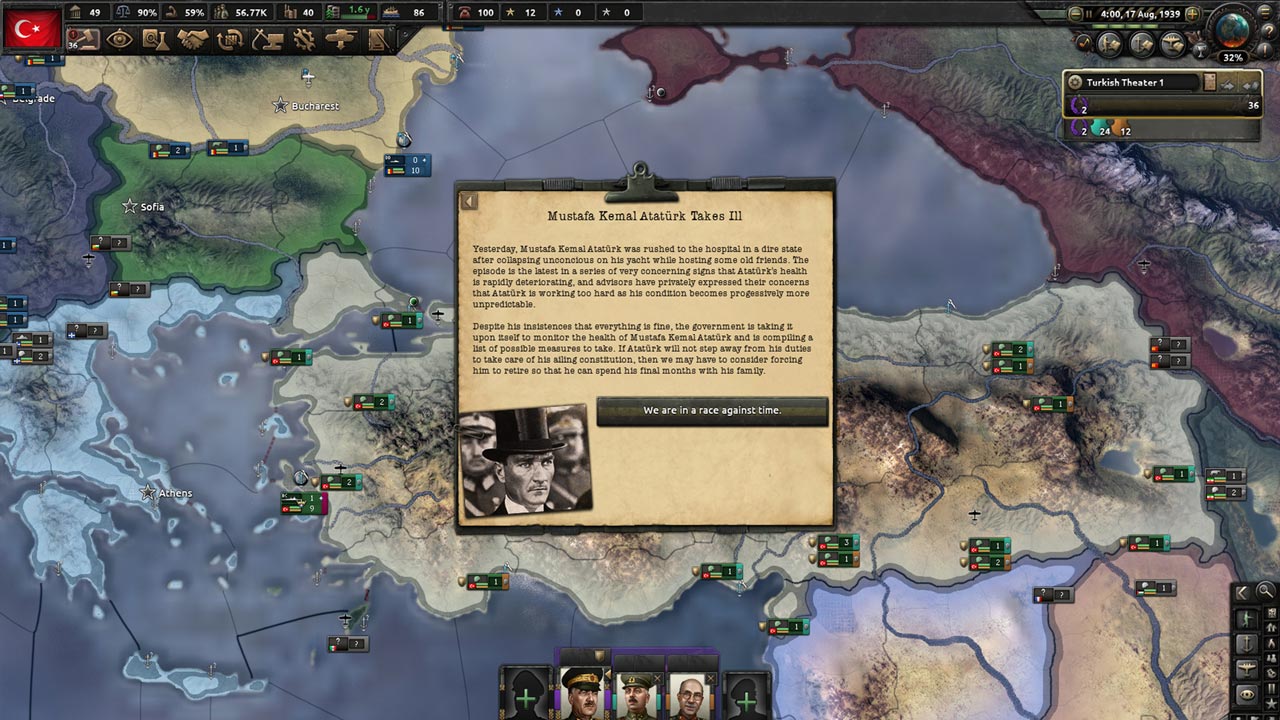 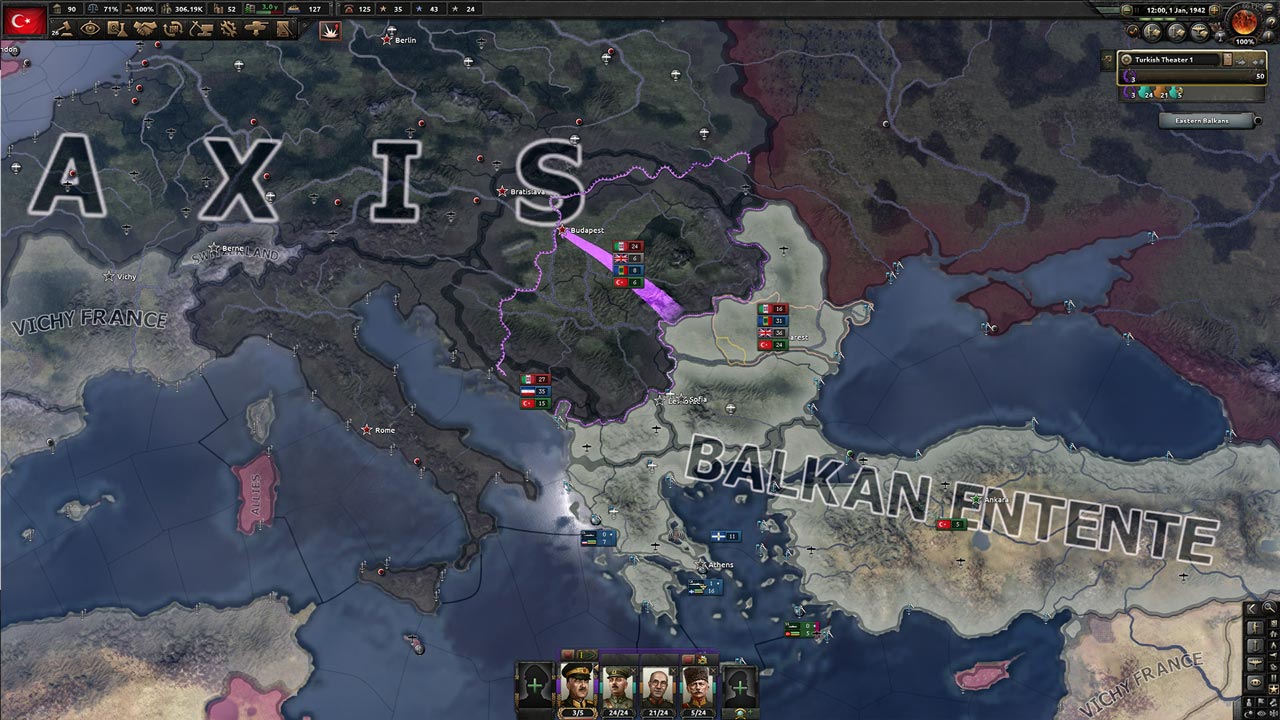 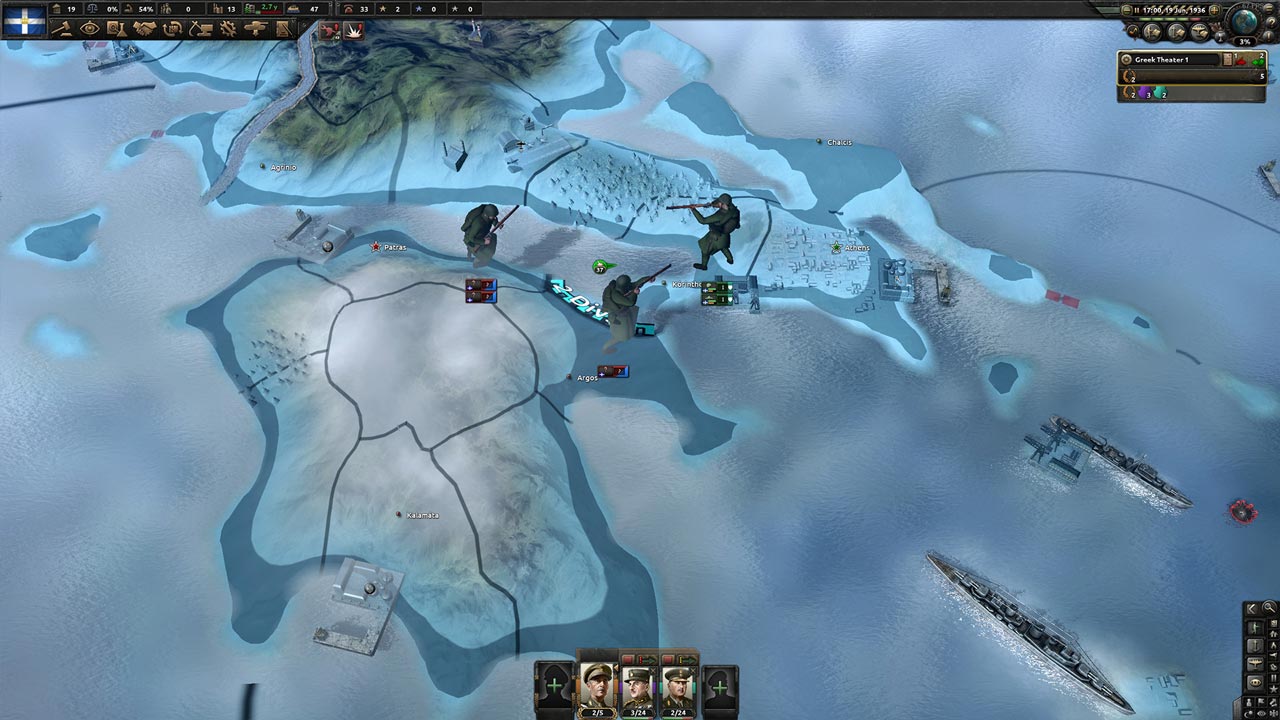 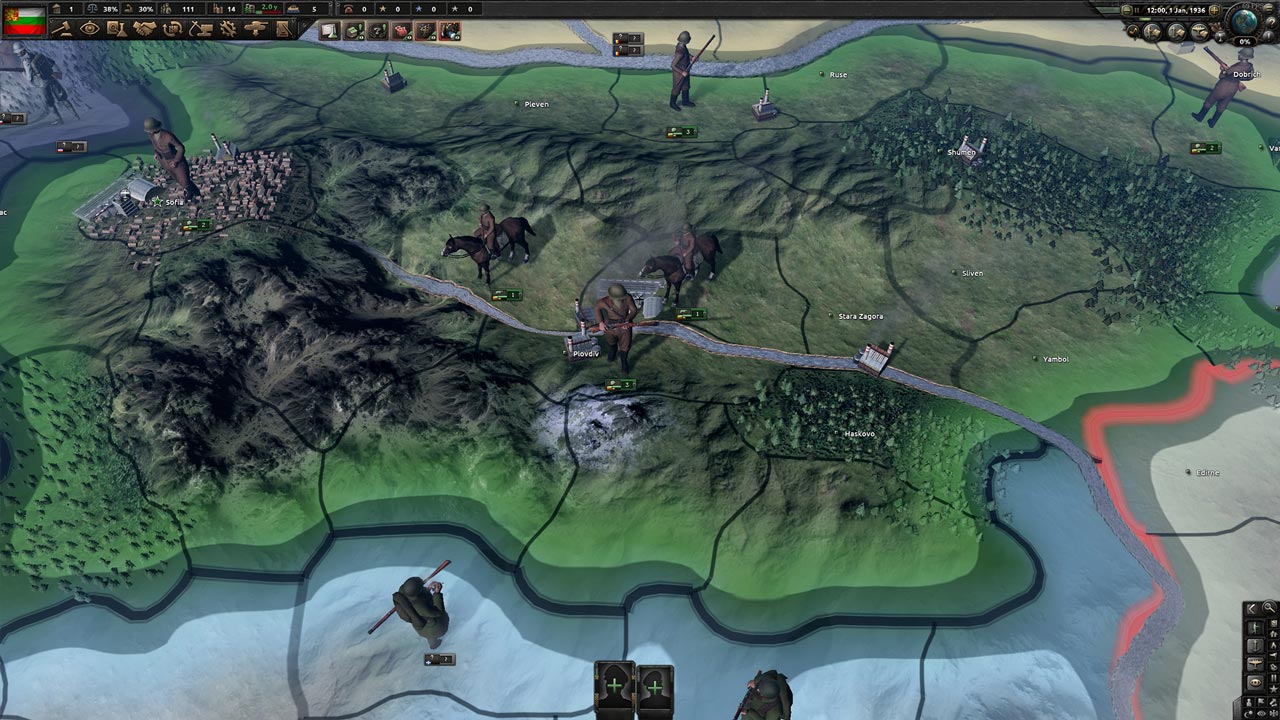 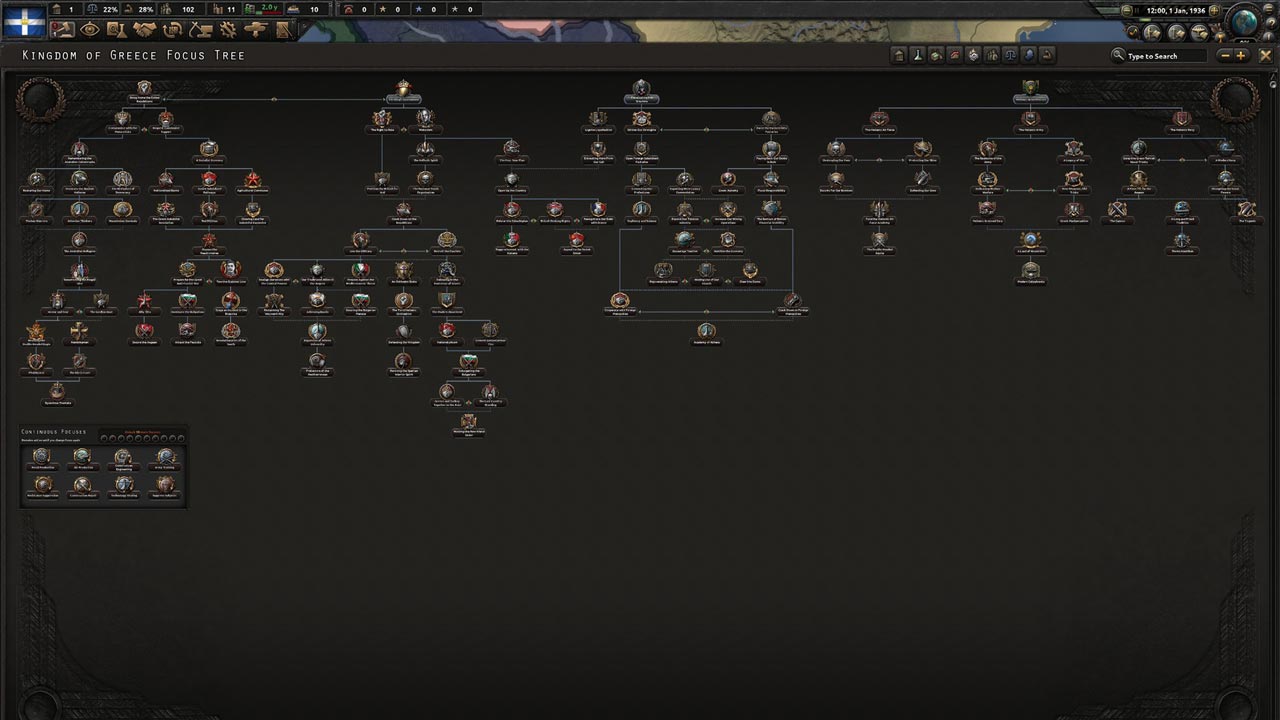 ATTENTION! To start the required Steam-version of the game Hearts of Iron IV

ATTENTION! This product is intended for use only in the following countries: Russia, Armenia, Azerbaijan, Belarus, Kyrgyzstan, Kazakhstan, Republic of Moldova, Tajikistan, Turkmenistan, Uzbekistan, Ukraine. Will not work in other regions.

========================================
The Hearts of Iron IV Country Pack adds national focus trees for the small states of the Black Sea and Aegean coasts. Now Bulgaria, Greece and Turkey will be able to resist major players trying to conquer the strategically important straits of the Bosphorus and Dardanelles. Repeat the historical path or choose your own!

• National focus tree for Bulgaria. Rebalance the different factions in a divided country or reclaim territories lost in 1919. Make an alliance with Germany, as happened in real history, or try to resist German pressure on Tsar Boris III and build a free Bulgaria.
• National focus tree for Greece. Greece is torn by political divisions. Only the extremely controversial leader Ioannis Metaxas makes her remain neutral. Build strong relationships with allies under the leadership of King George II, support the arch-conservative party and fascism, or re-establish the great Greek empire in the east.
• National focus tree for Turkey. As a result of the Great War, Turkey lost the status of an empire. What future awaits her now? Continue or stop Kemalism reforms, act as a defender of the Balkans in a new regional faction, restore the sultanate or establish a new Islamic state.
• New musical compositions.
• New 3D models of soldiers of the Balkan and Turkish armies.
• Unique voice acting for Bulgarian, Greek and Turkish characters.

Related to item "Hearts of Iron IV: Battle for the Bosporus Expansion":