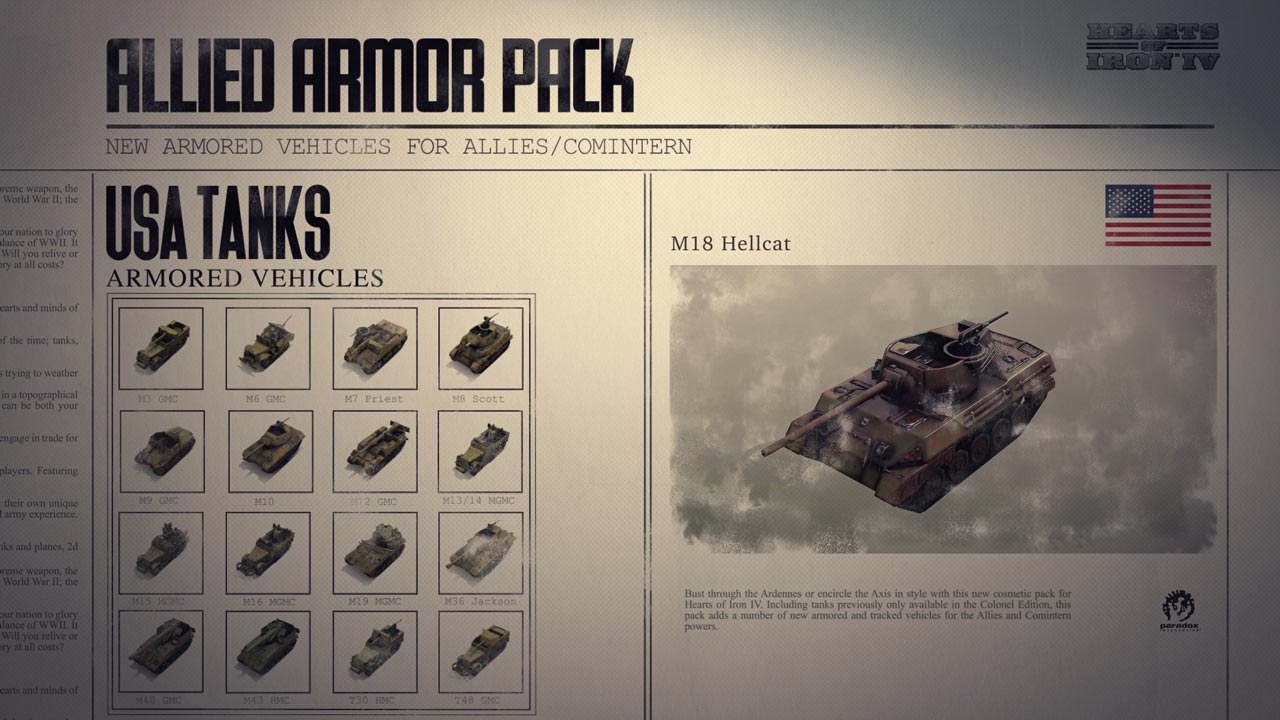 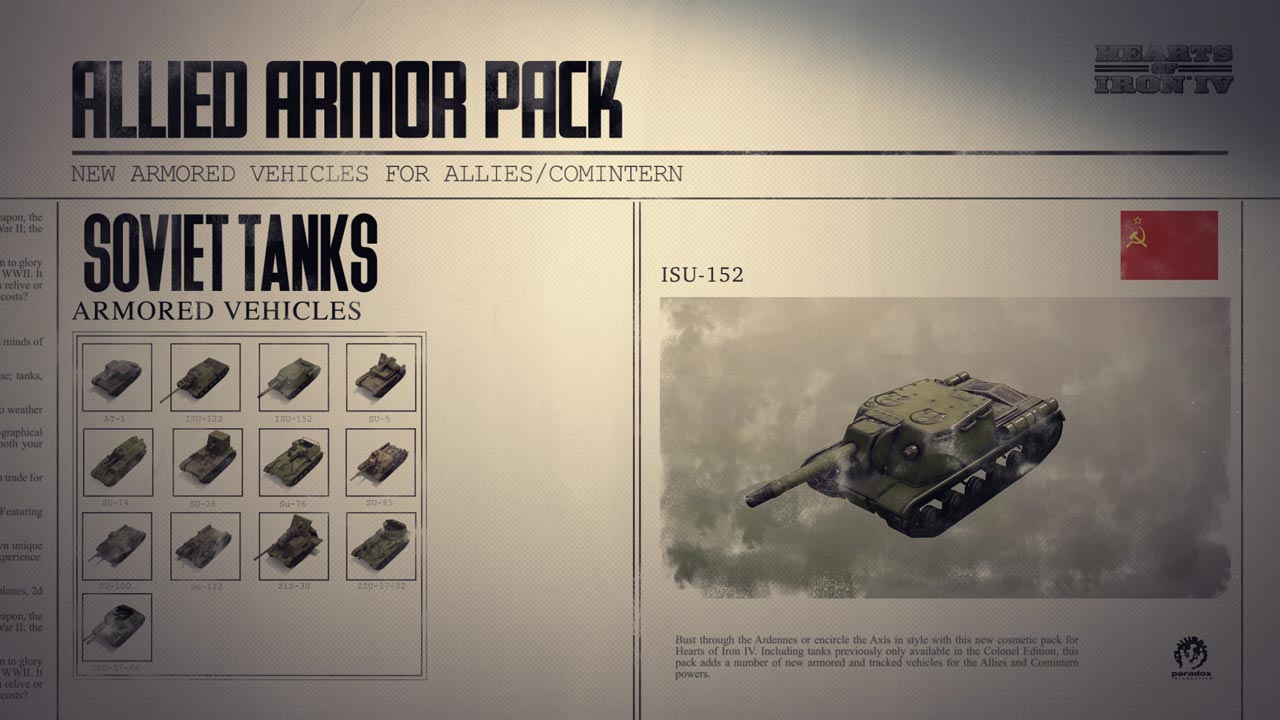 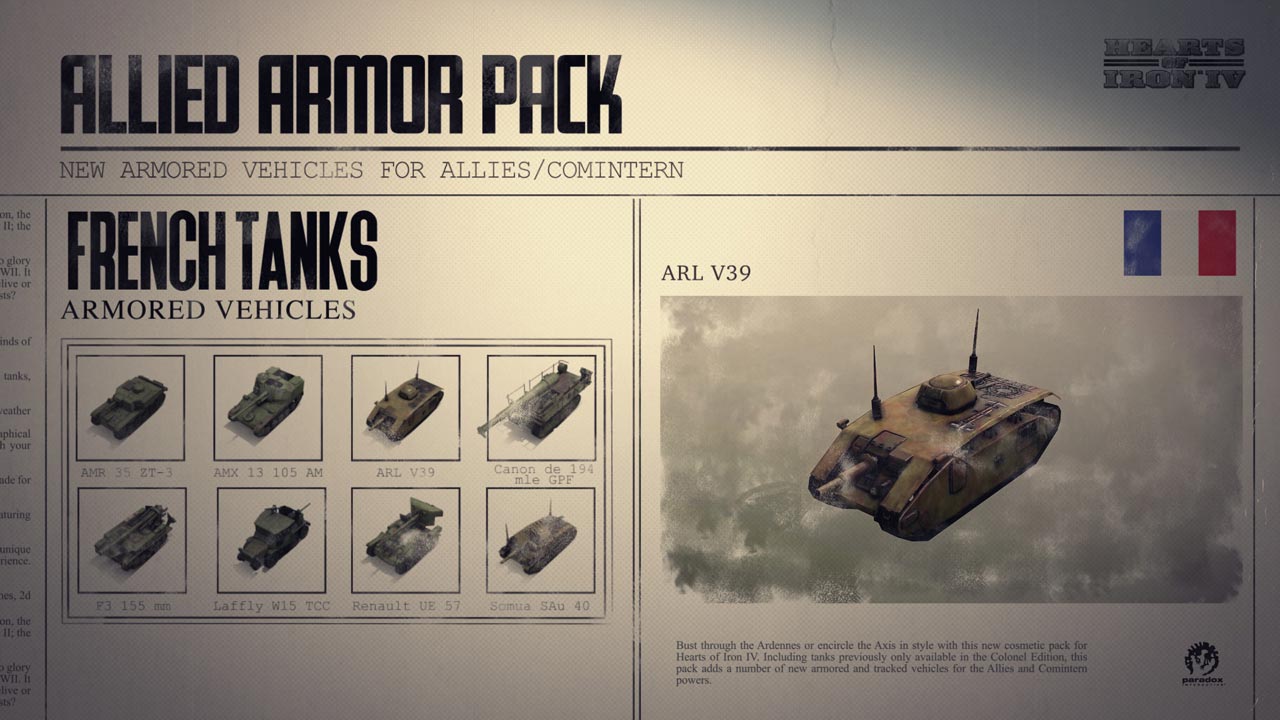 
Attention! This add-on requires the Steam version of Hearts of Iron IV


DESCRIPTION:
Prepare your troops for the offensive in the Ardennes and take the Axis countries into a spectacular ring with the new cosmetic set for Hearts of Iron IV. The set includes not only unique tanks from the Colonel Edition, but also a number of new models of armored SPGs for the Allies and the Comintern.