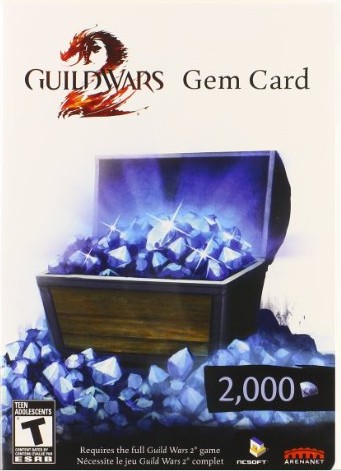 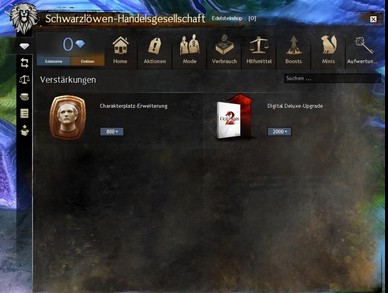 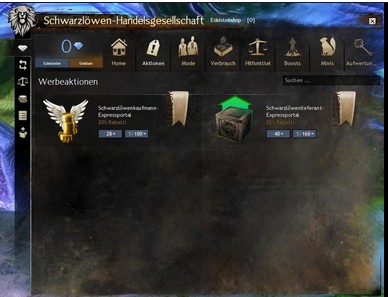 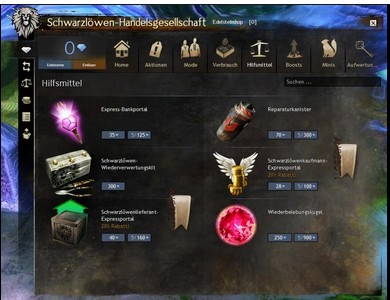 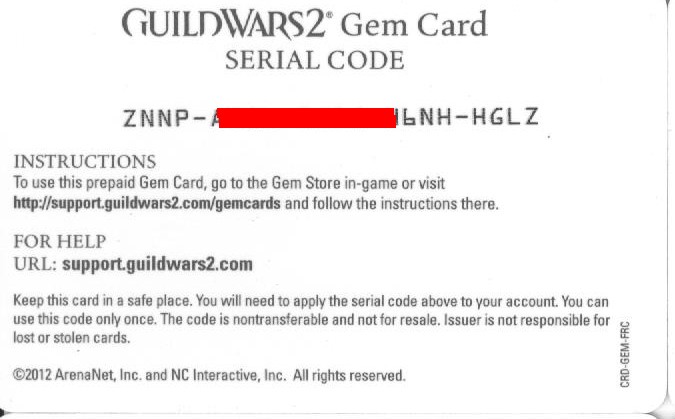 Uploaded: 18.05.2022
Content: 3.jpg 6,26 kB
Loyalty discount! If the total amount of your purchases from the seller Worldcdkey more than:
If you want to know your discount rate, please provide your email:

By purchasing this product, you will instantly receive a code of Guild Wars 2 Gem Card - 2000 immediately after the payment.

Crystals of Guild Wars 2 - the most significant currencies after gold. The game can be exchanged for a variety of values, like the same gold. Also, two thousand crystals can be improved to the level of Standard Edition Digital Deluxe.

- Precious stones allow to acquire a plurality of gaming items and abilities, such as finishing the enemy suddenly appearing cow.

- For the same gems are bought and trendy little things that reveal the individuality and uniqueness of character.

- Some items give the player special abilities. For example, buying a key Black Lion, he will be able to open the chests scattered around the world.
- Funds for selling gems, give the player a serious advantage. For example, the scope of the resurrection lets revive the character in the place of death and did not go all the way again.
- Gain, helping to pump your character. One example is the enhancement that doubles the chances of a player to find the rare trophies and lasts an hour.
- Improve your account (additional cell character slots in a bank bag slot in your inventory).
- Buying small buffs and useful things in the game. For example - a call merchant banker or anywhere in the world.
- Acquisition of suits that do not affect the balance and mini-pets, who will accompany you on a journey.

Map is activated either in the game or in the Gem Store link http://support.guildwars2.com/gemcards

Instructions on how to activate the card in the game:
- Log in to Guild Wars 2.
- Open the Black Lion Trading Company panel. (The default hot key is "O," or you may select the lion icon in the upper left of the game screen.)
- Select the "Redeem Code" button at the upper left of the Gem Store panel.
- Follow the on-screen instructions to redeem your serial code for gems.
- Gems are delivered automatically when the code is redeemed.