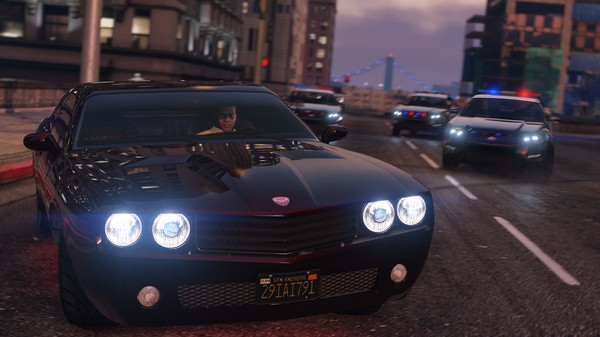 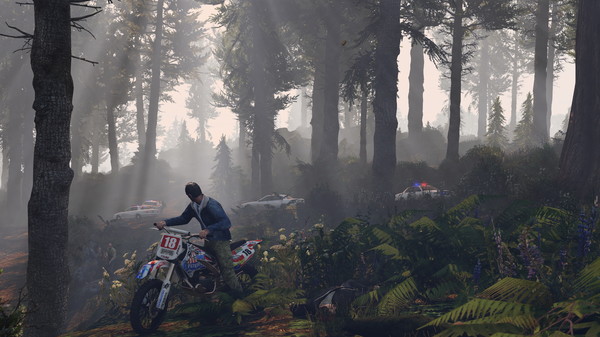 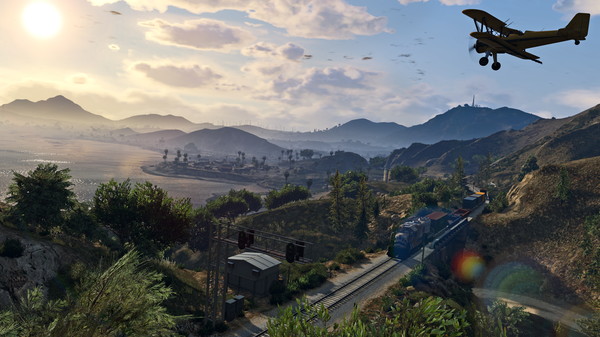 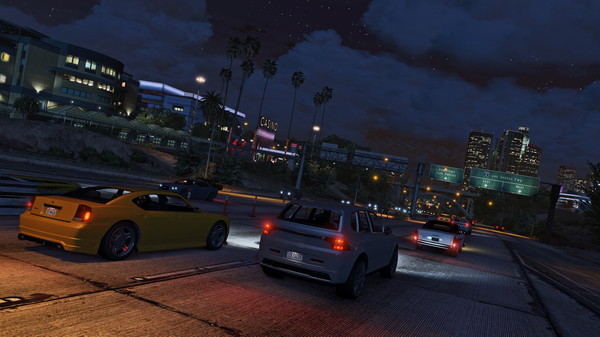 Teror2 information about the seller and his items
offlineAsk a question

About this game
When a young street rogue, a retired bank robber and dangerous to society psychopath are embroiled in a showdown with the most frightening and mad representatives of the criminal world, the US government and the entertainment industry, they have to perform a series of risky raids to survive in the ruthless city, where they can not be trusted anyone - and especially to each other.

Grand Theft Auto V for PC allows players to explore the world famous Los Santos and Blaine County in resolutions up to 4k and up to 60 frames per second.

The game offers a variety of unique settings for your computer, including more than 25 separate options for setting the quality of the textures, shaders, tessellation, smoothing, and not only, as well as support and management settings via mouse and keyboard. Of the additional features include a slider of the city population, managing density stream of cars and pedestrians, and support for two to three displays, support for 3D and feature «plug-and-play» for gamepads.

In the PC-version of Grand Theft Auto V and Grand Theft Auto Online mode is presented in the first person, allowing even closer look incredibly authentic world of Los Santos and Blaine County.

In Grand Theft Auto V for PC Rockstar Editor appears for the first time - a powerful set of creative tools for quick and easy recording, editing and publishing videos shot in Grand Theft Auto V and Grand Theft Auto Online. Available in the editor Rockstar director mode allows players to create their own scenes with famous characters from the scene mode, pedestrians and even animals. In addition to advanced camera control system, installation modes, including fast and slow playback, and a number of camera filters, players can add music from your library GTA V stations and dynamically change the intensity of the game musical reproduction. Finished movies can be easily downloaded directly from Rockstar Editor to YouTube or Rockstar Games Social Club.

The authors of the soundtrack of the game, The Alchemist and Oh No, returned as a major new radio station called The Lab FM broadcasts and a new and exclusive music of the authors, inspired by the original soundtrack of the game. Guests of the stations are Earl Sweatshirt, Freddie Gibbs, Little Dragon, Killer Mike, Sam Herring of Future Islands, and other musicians. In addition, players can explore the Los Santos and Blaine County to the music of their choice - this is possible thanks to a new radio station Self Radio, a losing player collected soundtracks.

Customers who previously played PlayStation®3, PlayStation®4, Xbox 360 and Xbox One, can transfer their character and data passing Grand Theft Auto Online in the version for the PC. Details can be found on the rockstargames.com/gtaonline/charactertransfer.

If you have any questions, please contact Telegram / Steam / Skype.

1. You need to add my profile to friends steam (or accept an incoming request)
2. The gift will be delivered from a couple of minutes (if I am online) max to one day.