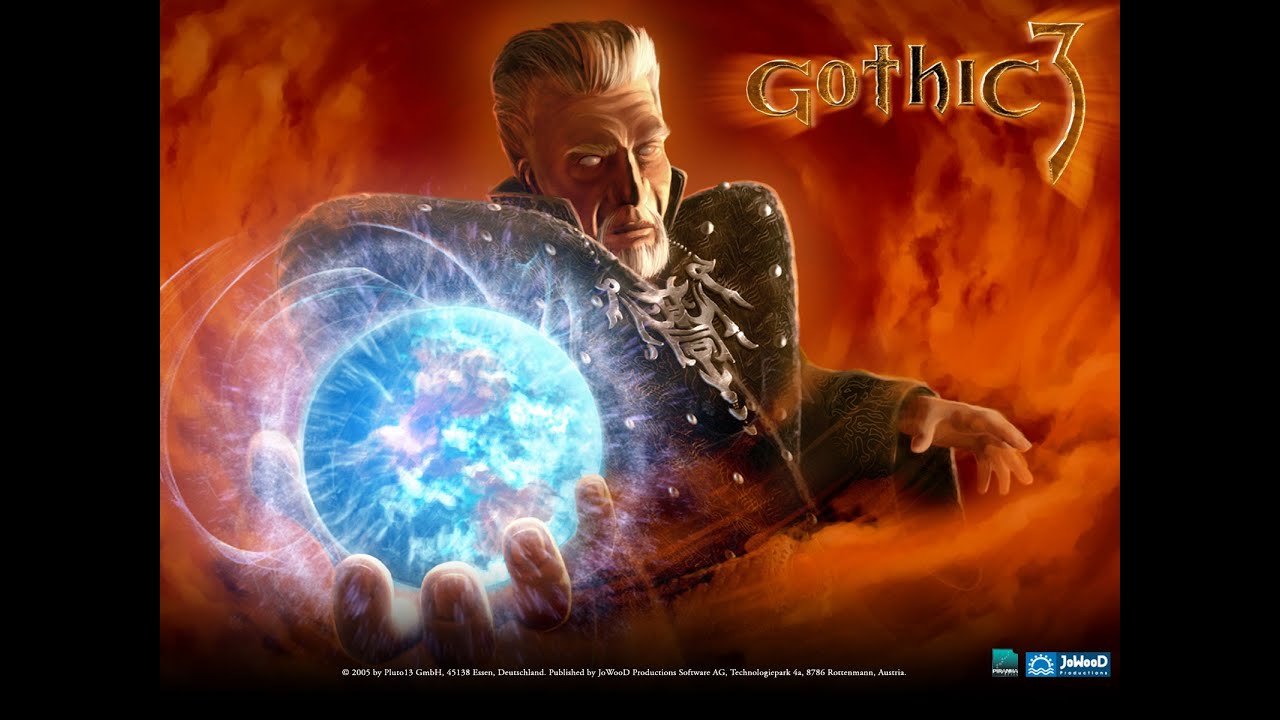 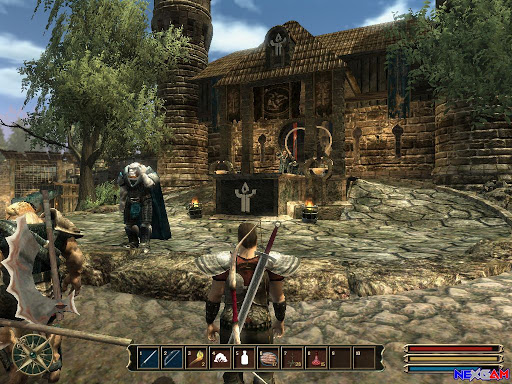 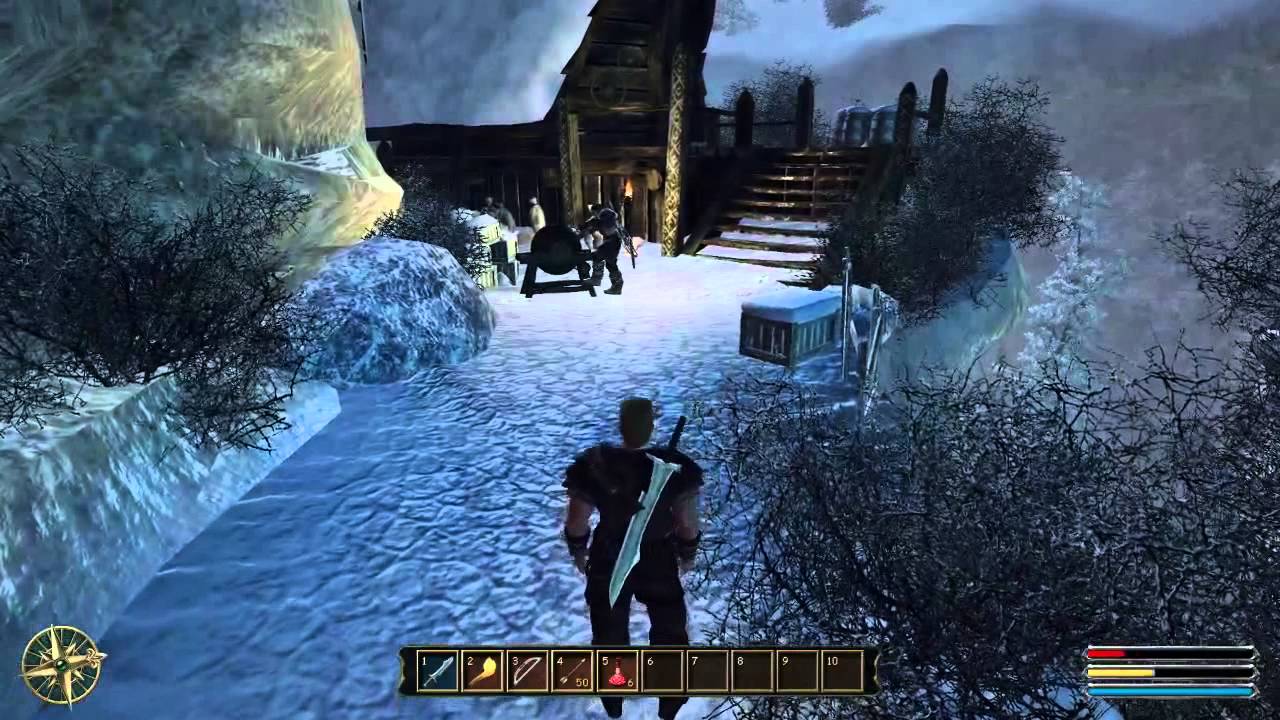 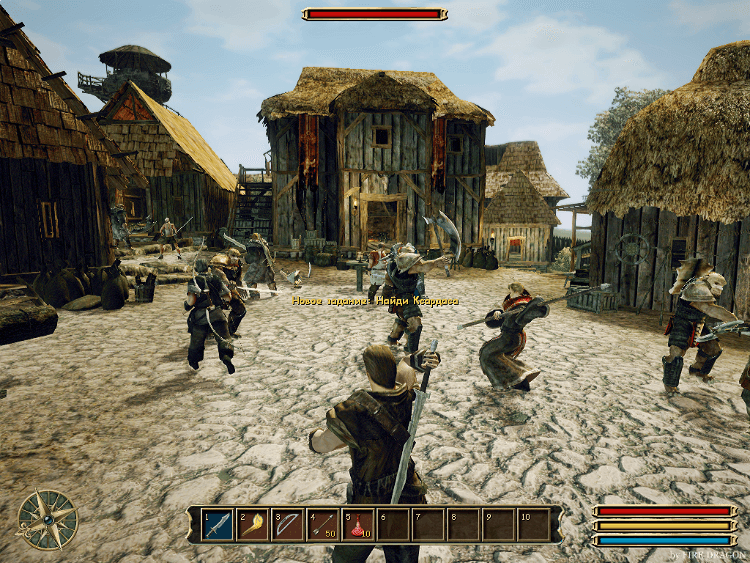 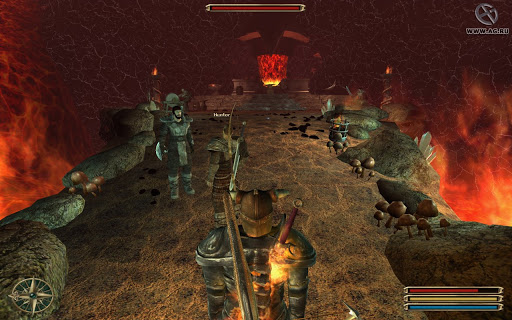 Uploaded: 22.05.2021
Content: text 17 symbols
Loyalty discount! If the total amount of your purchases from the seller vendomenxxx more than:
If you want to know your discount rate, please provide your email:

Gothic 3 is a continuation of the legendary fantasy trilogy. The RPG game has won the hearts of fans thanks to its detailed world, easy-to-use gameplay and interesting levels.

Developers - German company Piranha Bytes, which released the previous two parts of the series. Published by Austrians from JoWooD Entertainment. They released the game in 2006, three years after the previous project of the same name.

You arrive with a team of loyal friends on the coast of the state of Myrtana. The city is engulfed in the madness of war: the orcs have taken over the locals and are eager to expand their forces in order to advance further. Somewhere on the outskirts, the rebels rallied in a small company, but their forces were not enough to break through the invaders. Myths prophesied that when the God of Light loses to the God of Chaos, Darkness will descend on the world: it remains only to watch the fall of the kingdom of people. Or not? Choose under whose leadership you will take the game - three different characters are available to you, and each has its own view of what is happening.

Turn to good with Innos, submit to the darkness of Beliara, or restore the balance of power through the justice of Xardas.

Key Features of Gothic 3 Game:
New skills. In comparison with the previous part, the creators have added fifty more available spells: you can perfectly master magic power and become a dangerous threat to your rivals.
New weapons. The combat system has been simplified to make the gameplay easier, but you will unlock new types of fighting techniques and graceful attacks.
Advanced artificial intelligence. The game itself simulates new scenes and fights based on your behavior, which brings intrigue to every game twist and makes replay unpredictable.
Changeable storyline. The story is formed anew after each of your decisions: it is in your power to either destroy all the people in the country, or to resurrect the human race and get rid of the orcs forever.
Game world. In addition to Myrtrana, 2 extended continents - Nordmar and Varant are open to you. Study them and enjoy new discoveries.
Fascinating live music. The German Symphony Orchestra, popular music groups Corvus Corax and GOCOO and the talented soloist Lisbeth Scott were invited to record the soundtracks for the game. All game melodies were subsequently released as a separate disc.

How to activate the key and start playing Gothic 3 (PC):

If you don´t have the Steam client installed, download and install it.
Log into your Steam account or register a new one if you don´t already have one.
To activate the key, select "Activate via Steam ..." in the "Games" section or "Add a game" in the lower left application and select "Activate via Steam ..." there.
Enter the activation key (to get it, you need to buy Gothic 3 (PC)).
After that, the game will be displayed in the "Library" section, and you can download Gothic 3 (PC).