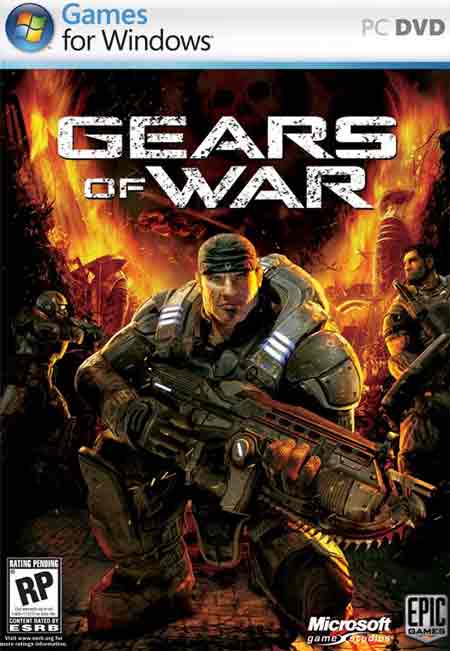 ExcellentGames information about the seller and his items
offlineAsk a question

After payment you will immediately receive a license key from a disk Gears of Warizdatelstva 1C
activation of Wednesday's game Games for Windows LIVE, and the inclusion of all network functions of the game.
Need an account Games for Windows Live! User Account Creation http://support.microsoft.com/kb/937066/ru

Key Gears of War is not for STEAM!

You should have already installed on your computer and fully functional game Gears of War! Simplest
option just take friends license disk with the game and enter the code when prompted purchased from us or downloaded from the key torrent tracker.

If you do not know where, what and why to enter the key Gears of War, and even more so can not imagine what
Service Games for Windows LIVE, please do not buy the key, in order to avoid any kind of misunderstandings. Keys exchange and
non-refundable!

Action Gears of War takes place on the planet Sera. The peaceful life of the planet lasted until the "Day of breakthrough» (Emergence Day) when the hitherto unknown enemy attacked the city of people from under the ground, using a network of underground tunnels. United Coalition of governments to manage the planet not able to defend against the aggressor - Locust Horde (Locust Horde) and the invaders took control of the planet in just a day. Then, in order not to give the Horde fruits of their labors, people have used chemical weapons and orbital lasers to make scorched earth in all the cities and bases that the enemy was able to capture.
Most of the major population centers of military facilities were completely destroyed, and the surviving remnants of humanity gathered on the plateau Jacinto, powerful granite base which was not easy to overcome the Locust. When the Horde still broke the defense of the plateau, Marcus Fenix \u200b\u200bviolated orders to save his father's Eastern barricades ... but too late. Marcus was given to the tribunal and sentenced to 40 years' imprisonment in a maximum security prison Jacinto. The game begins at the moment when Dominic Santiago (Dominic Santiago), pulls out his friend and former colleague of Marcus Fenix \u200b\u200b(Marcus Fenix) of dilapidated prison just before the next attack the Locust Horde. For Phoenix, and we will have to go through the whole game.

Features:
"Intuitive system of shelters and attack: Pressing a button allows you to fire blindly, evade attacks, to attack from the flanks and, ultimately, destroy enemies.
"Select one of the passing game: save mankind solo or in duet with a real partner.
"Become a part of this team and take part in massive online battle, joining one of the warring parties.
"Only in the Games for Windows: 5 game heads, 3 network cards, a level editor in the English language, an original multiplayer.

Seller will never be to ask you to send a purchased key for confirmation, identification, receipt of gifts
etc. If you receive this letter, know that it is working crooks. Be very careful not to give in
such tricks!

We take full responsibility for the products sold by us and give 100% guarantee of purity of the code and that the code has not been before.

You should have already installed on your computer and fully functional game or the original game + NODVD distribution for the latest version of the game! The easiest option to take a friends license disk with the game or download any torrent tracker license an image, set the game to him, and