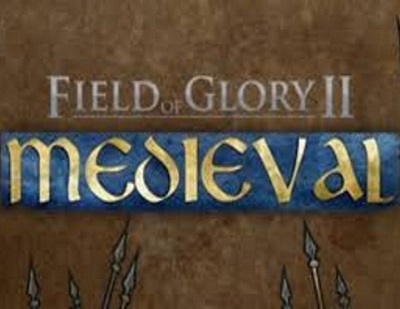 Uploaded: 28.03.2021
Content: Field of Glory II Medieval_2.txt 0,24 kB
Loyalty discount! If the total amount of your purchases from the seller GameCod more than:
If you want to know your discount rate, please provide your email:

You buy an official key, which you receive immediately after payment in the window that opens, as well as a link to the page with the key that will come to your E-Mail specified upon purchase.


Each customer who leaves a positive review (I want a gift) gets one of more than 40 different games for Steam. Which one? You will find out about this when you receive your GIFT.
It can be activated on Steam.

To receive a gift you need:
1) Buy a game from us
2) Leave positive feedback with the comment "I want a gift"
3) Expect.

Gift distribution is done within 48 hours after writing a comment.
Attention!! By submitting a review, you guarantee that you have read all the conditions for the Gift and if something is not clear - you have asked.

Field of Glory II Medieval is a turn-based tactical game set in the Middle Ages from 1040 to 1270 AD.

This was the heyday of equestrian knighthood. European knights, armed from head to toe by the end of the 12th century, rode in close formation on heavy horses and delivered a crushing blow with their spears.

Major themes from this period include the struggles of the kings of France against the kings of England and the German emperors, the English wars of conquest or attempts at conquest against the Welsh, Scots and Irish, the Baltic Crusades, and the Mongol invasion of Eastern Europe. Combined with dynastic struggles and the uprisings of powerful nobles, Europe was almost constantly at war.

Lead your chosen army and its named generals to victory in standard historical battles or in non-standard combat situations against AI or human opponents. Choose your troops from historically accurate battle formations, allowing you to use all the options and options that will be available to the true general of this nation at any time during the era.

Grabow GP - Recovery of the human body concentration on the numbers