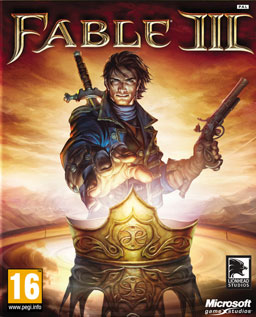 juiced2 information about the seller and his items
offlineAsk a question

After payment you will immediately receive a link to activate the game (GIFT) in Steam!

Fable III - continuation of the popular series of games Fable, a highly distinguished critics and players. Since the events culminated in Fable II, 50 years have passed, and the industry is growing rapidly Albion. But the fate of the kingdom is in danger. You will lead a revolution and take power into their own hands, to fight side by side with friends, to know love and loss, protecting the kingdom from the threat hanging over him. Show yourself a wise ruler - of your decisions will depend on the fate of the state.

Who do you become? Rebel, tyrant against whom you once fought, or the greatest ruler in history?

- Stunning opportunity to play on the PC. You can test their strength by the maximum complexity of the game, get an extra game content and even play Fable 3 in 3D thanks to technology NVIDIA!
- Become a hero and make their own destiny. Fable III will take your hero on an exciting journey, where he will become the ruler of the revolutionary kingdom.
- Adventure and battle. You can not just walk the streets of a thriving Albion, but to be on the battlefield, in the midst of hostilities.
- Decisions and their consequences. A key feature of the Fable series is a set of scenarios, and the fate of the entire game world depends on how the player behaves.
================================================== =============

Instructions on how to activate Gift:

1. Download and install Steam http://cdn.steampowered.com/download/SteamInstall.msi (if not already installed)
2. Sign up for a new account on Steam or go to an existing one.
3. obtained after the purchase link, copy and paste into your web browser and go to it. Then you can either add the game to your leave the library or her in your inventory where you can activate the game or later somebody give.