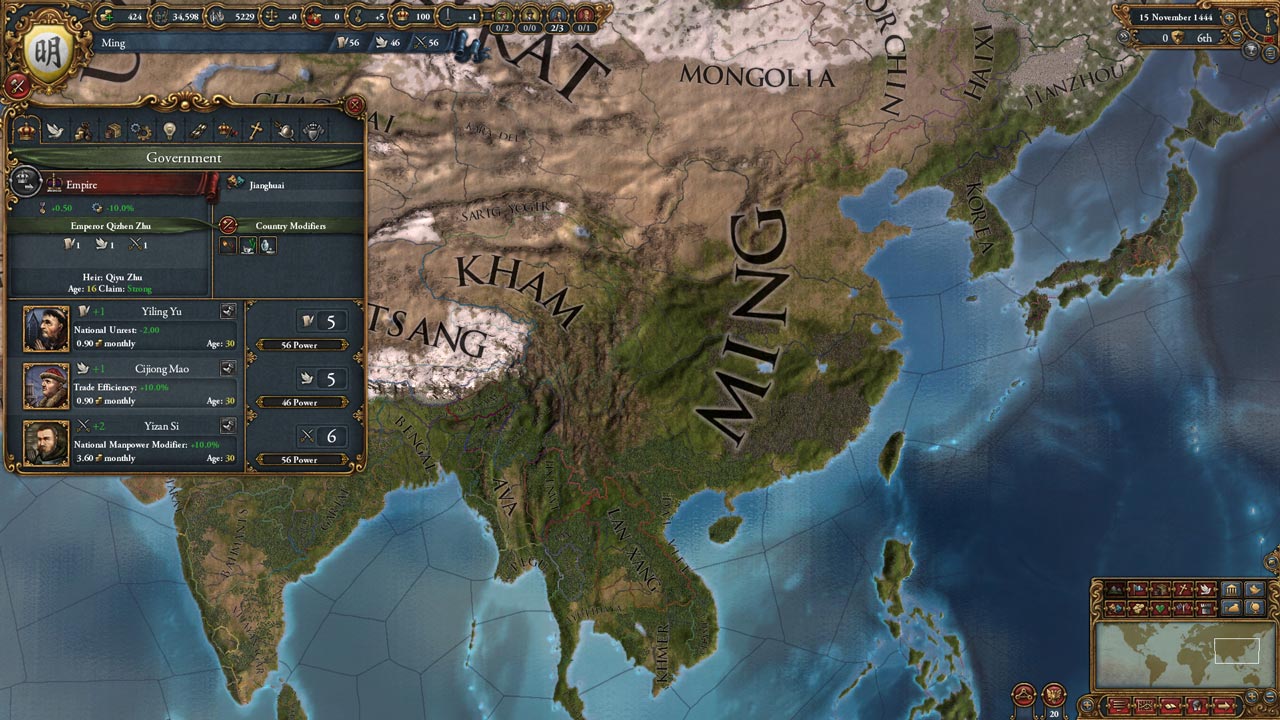 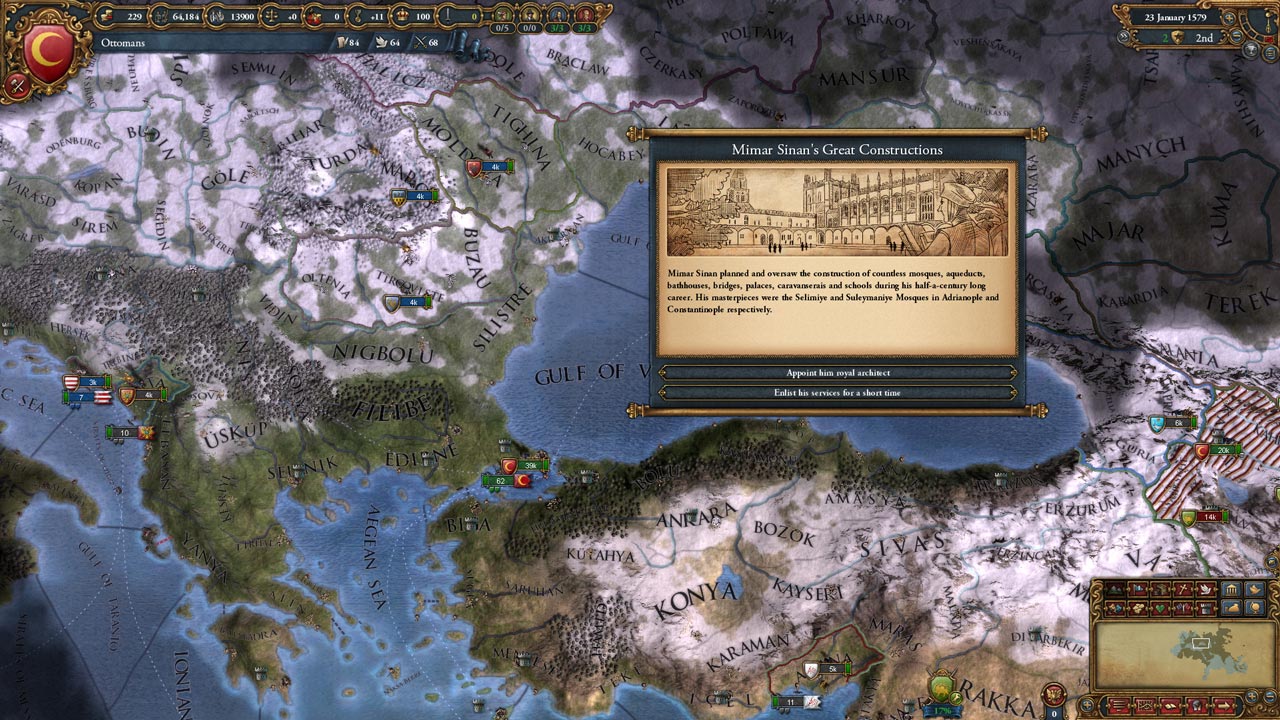 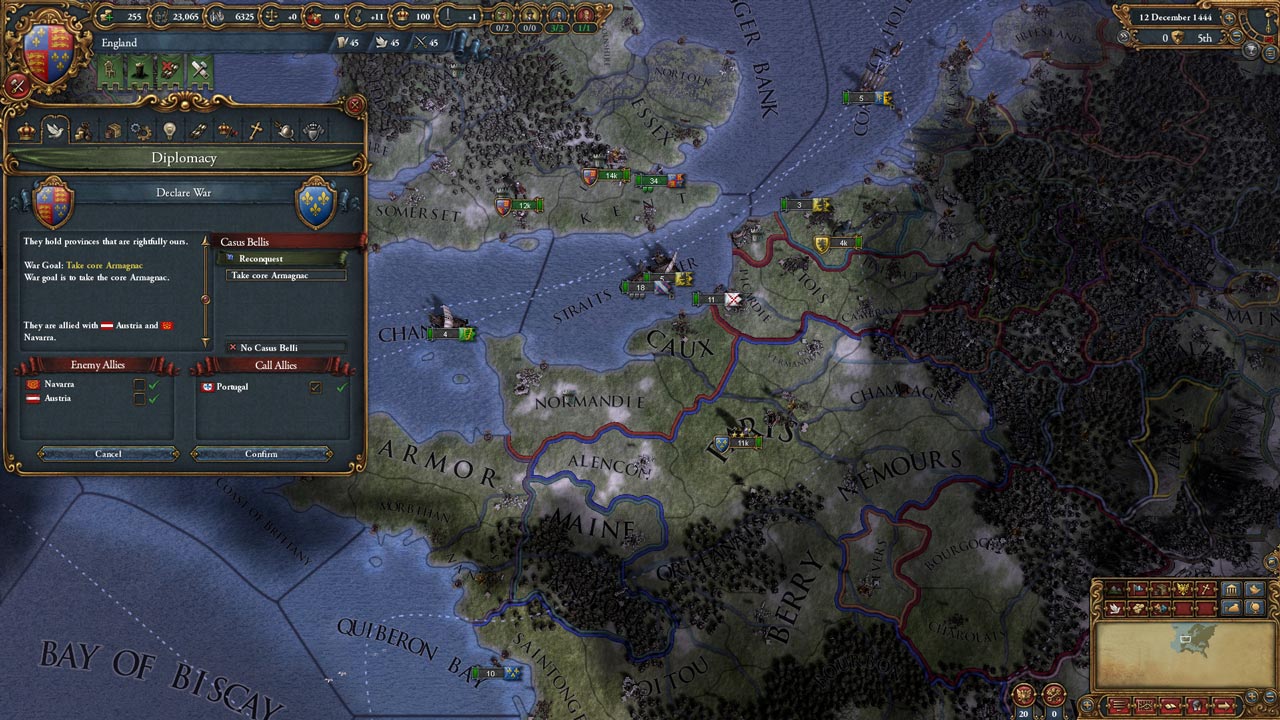 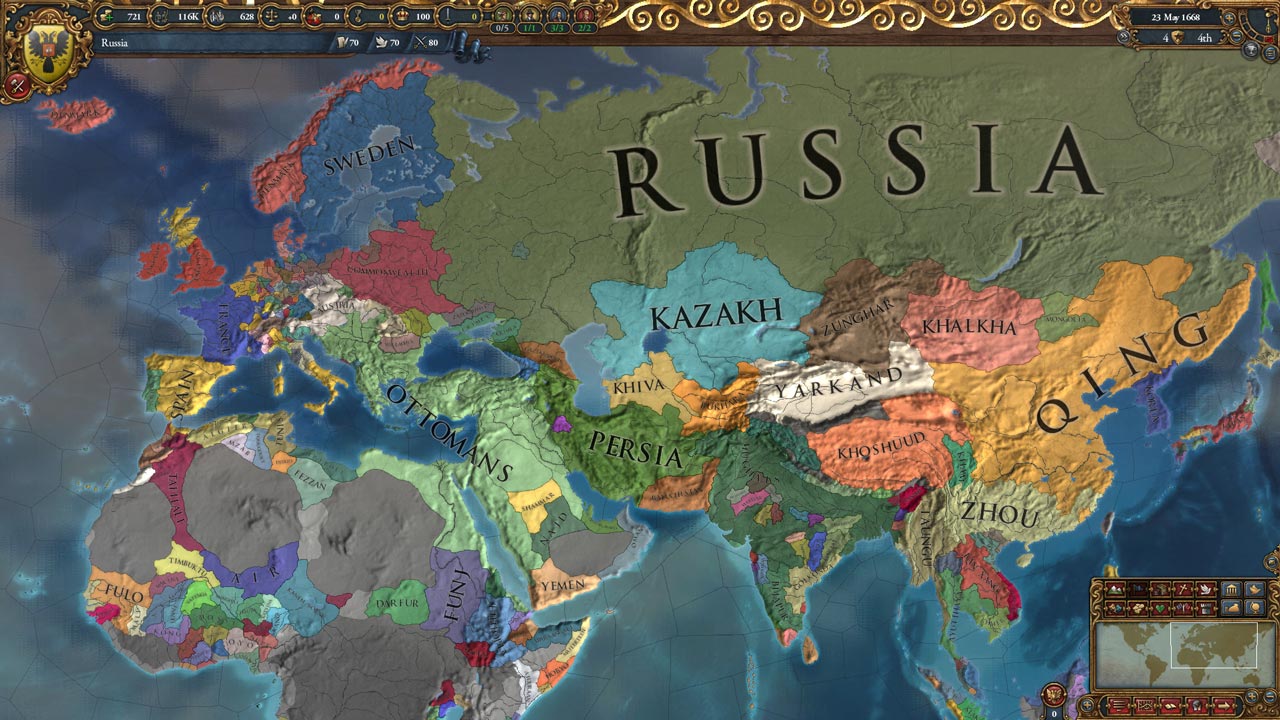 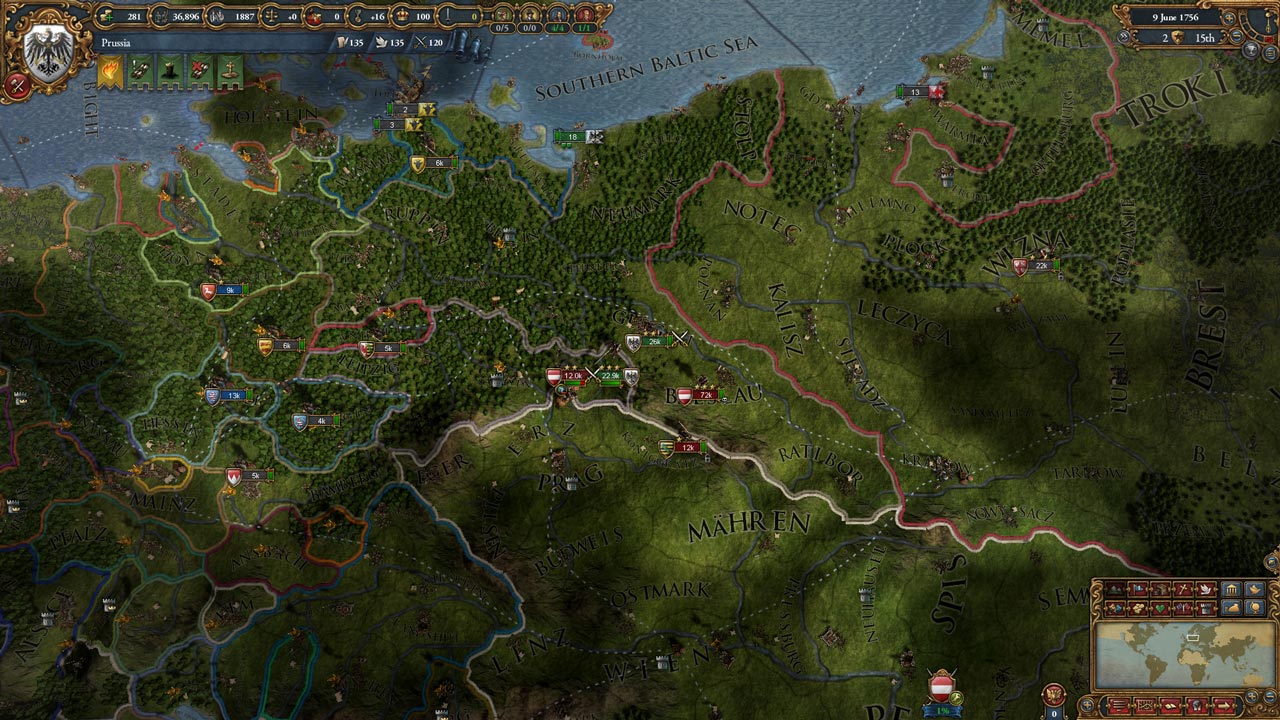 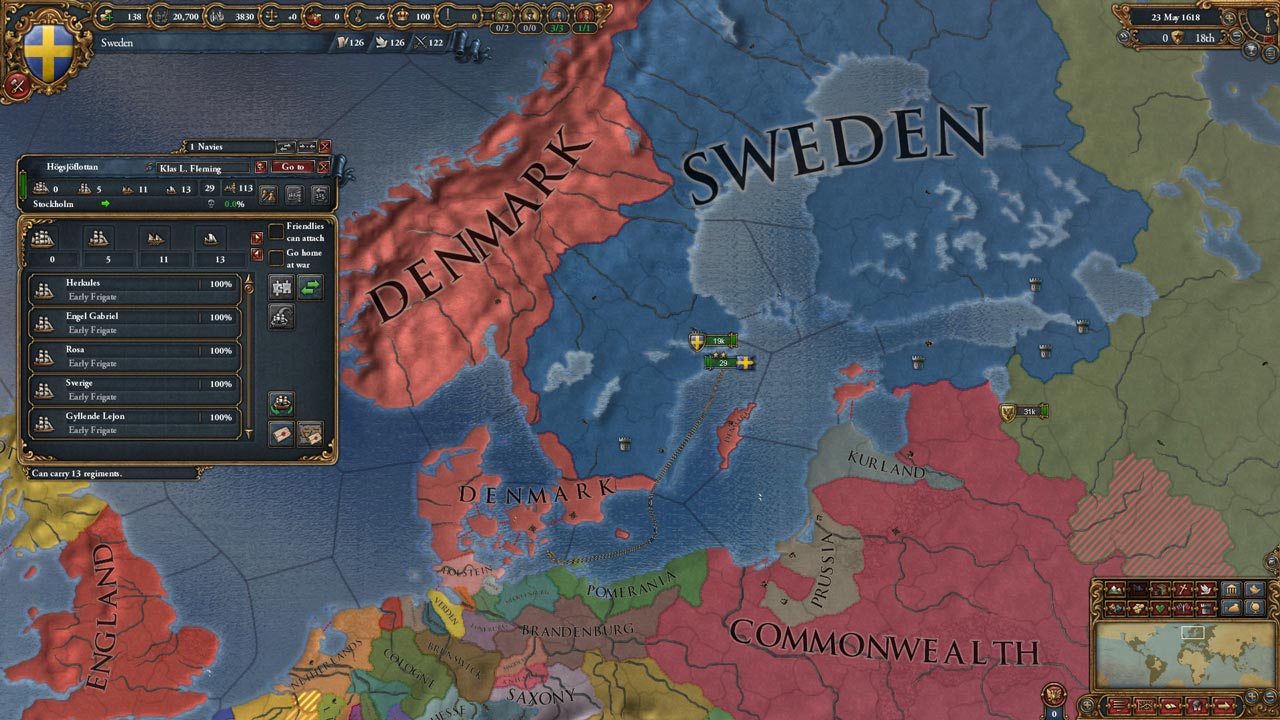 
Europa Universalis IV will allow you to stand at the helm of one of the nations and lead it through many years of development, in order to eventually give it the status of a dominant empire. This game, giving the opportunity to manage one of the states for centuries, will please fans of the genre with historical authenticity and unprecedented freedom of action. Trade, war, diplomacy, research - all this you have to pay attention to. The fourth part of the legendary Europa Universalis will require a thorough understanding of the fundamentals of empire management!

• Make decisions. The construction of the state is a flexible thing that allows you to choose the form of government, the structure of society, features of trade and military policy, and much more. The possibilities provided to the player are almost limitless
• Use your power. Experience the new monarchical system, your choice will depend on the breadth of mind of the ruler. Do you have a warlike king? Then it´s time to attack one of the neighbors
• Watch the story come to life before your eyes. In the world of Europa Universalis IV, you will meet with many historical figures, and thousands of historical events will create a unique atmosphere. Everything will depend on which side of the state you will take.
• Game space - the whole world. Pass more than three centuries of development of a single nation in the vast beautiful three-dimensional topographic map
• Experience the new trading system. Take control of key ports to expand your trading and get extra protection with a powerful fleet
• Use diplomatic skills. Europa Universalis IV will give you perfectly implemented mechanics of diplomacy. Make coalitions, threaten opponents, gain fleet-based rights and support the rebels
• Participate in multiplayer battles. Fight against other rulers in multiplayer mode, which supports up to 32 players
• Create your story and your game. Europa Universalis IV allows you to customize and modify almost everything you can wish for