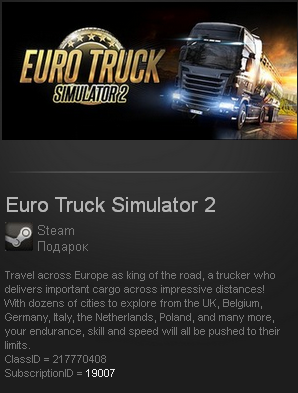 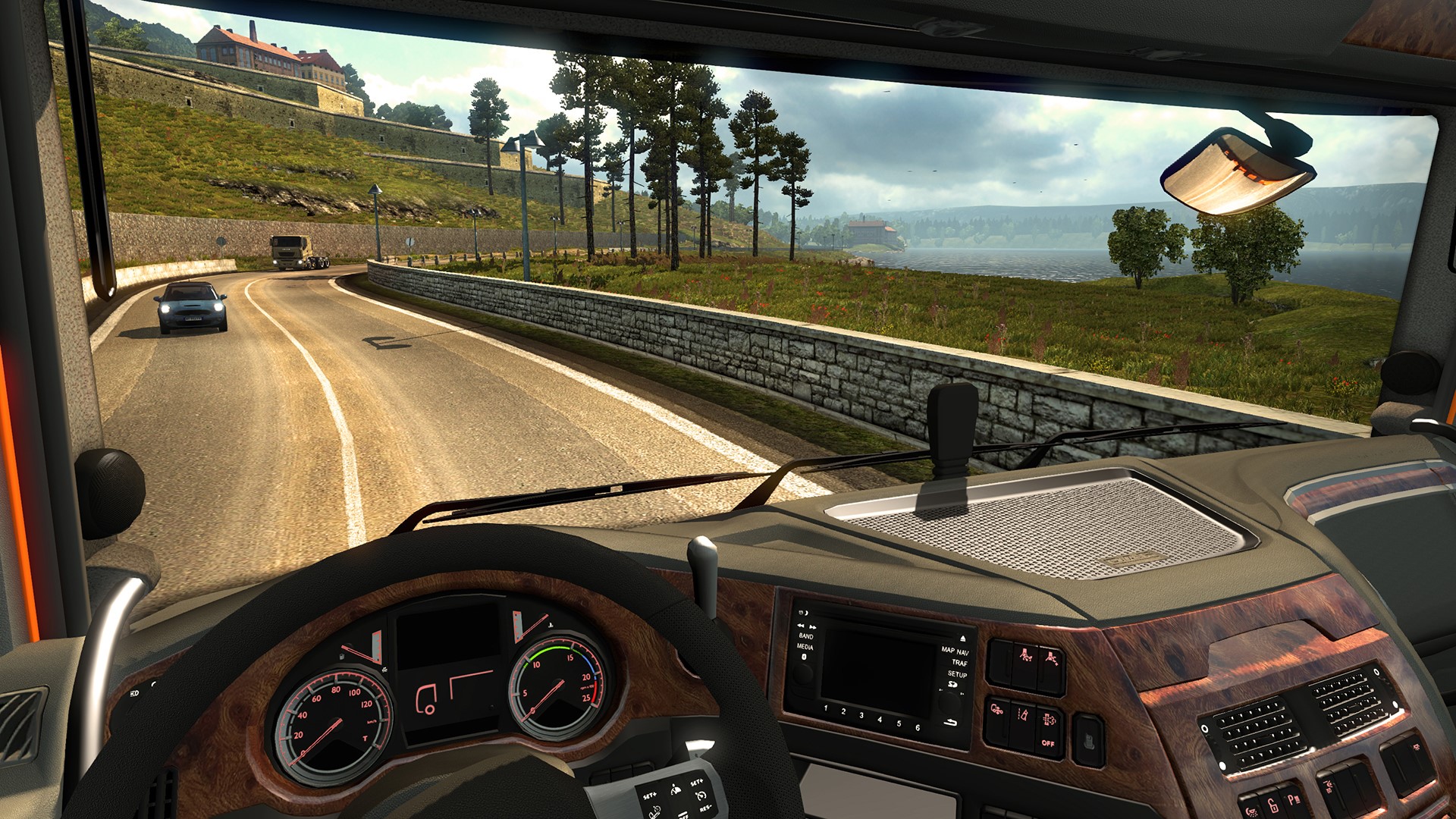 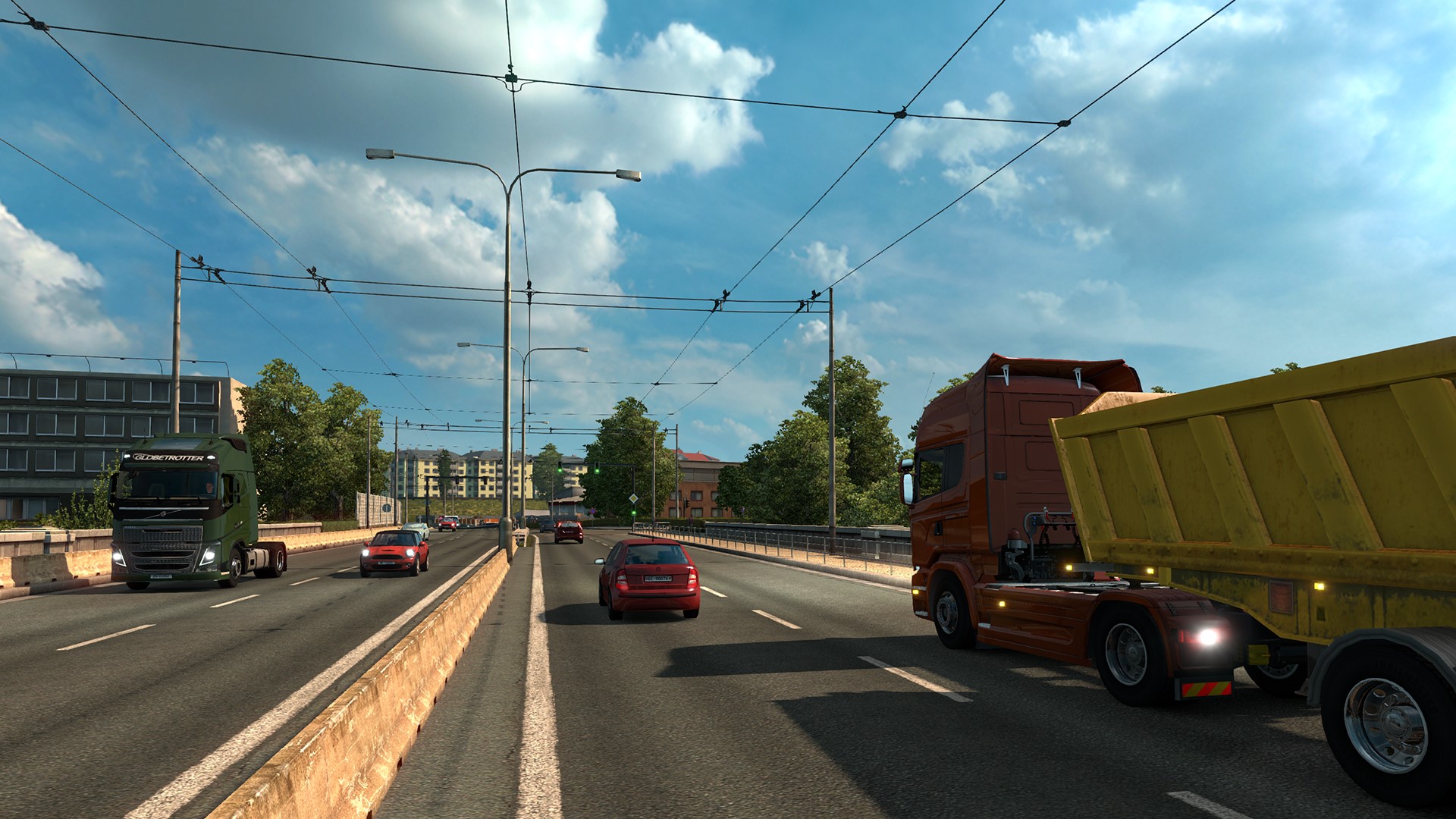 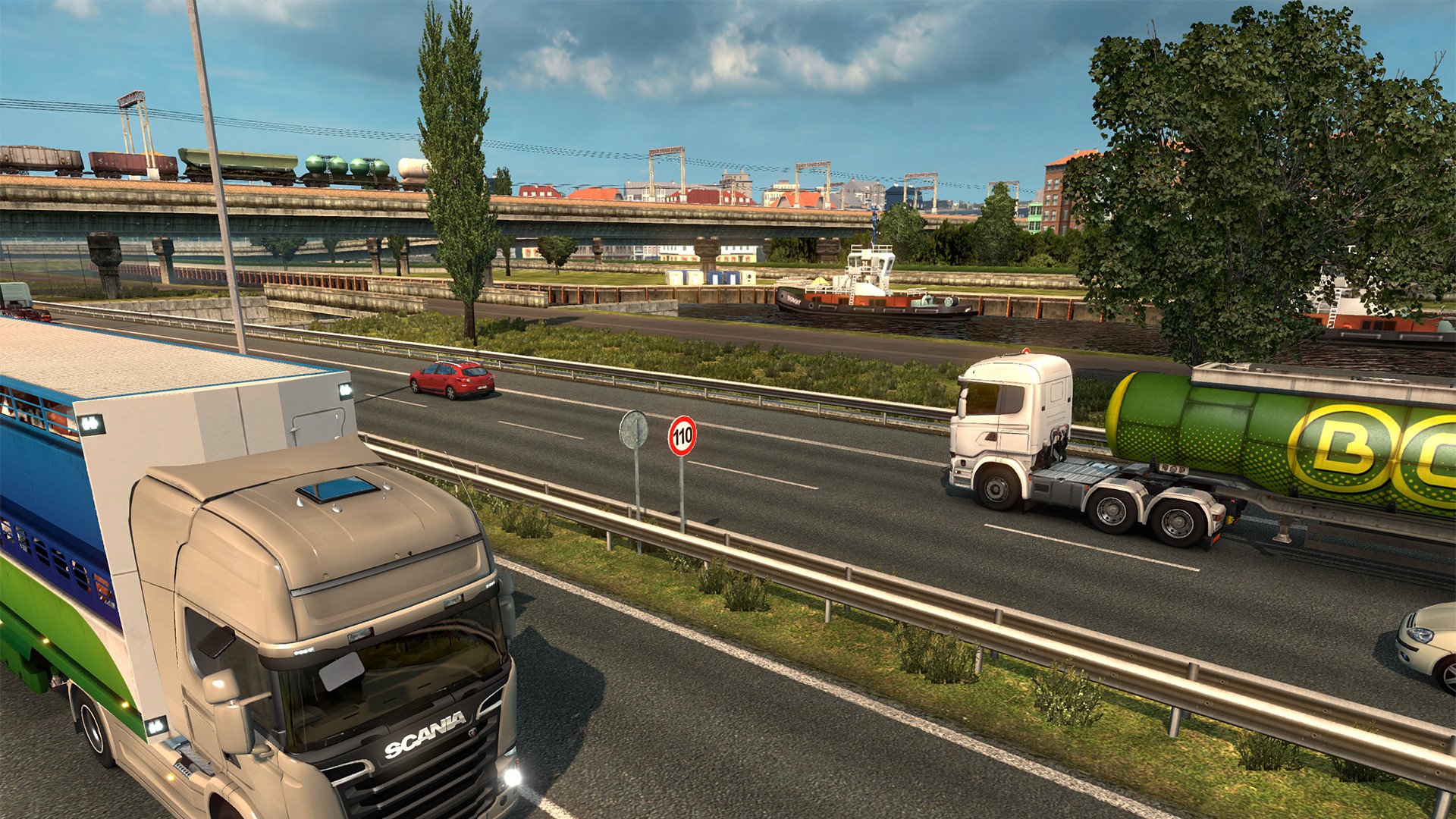 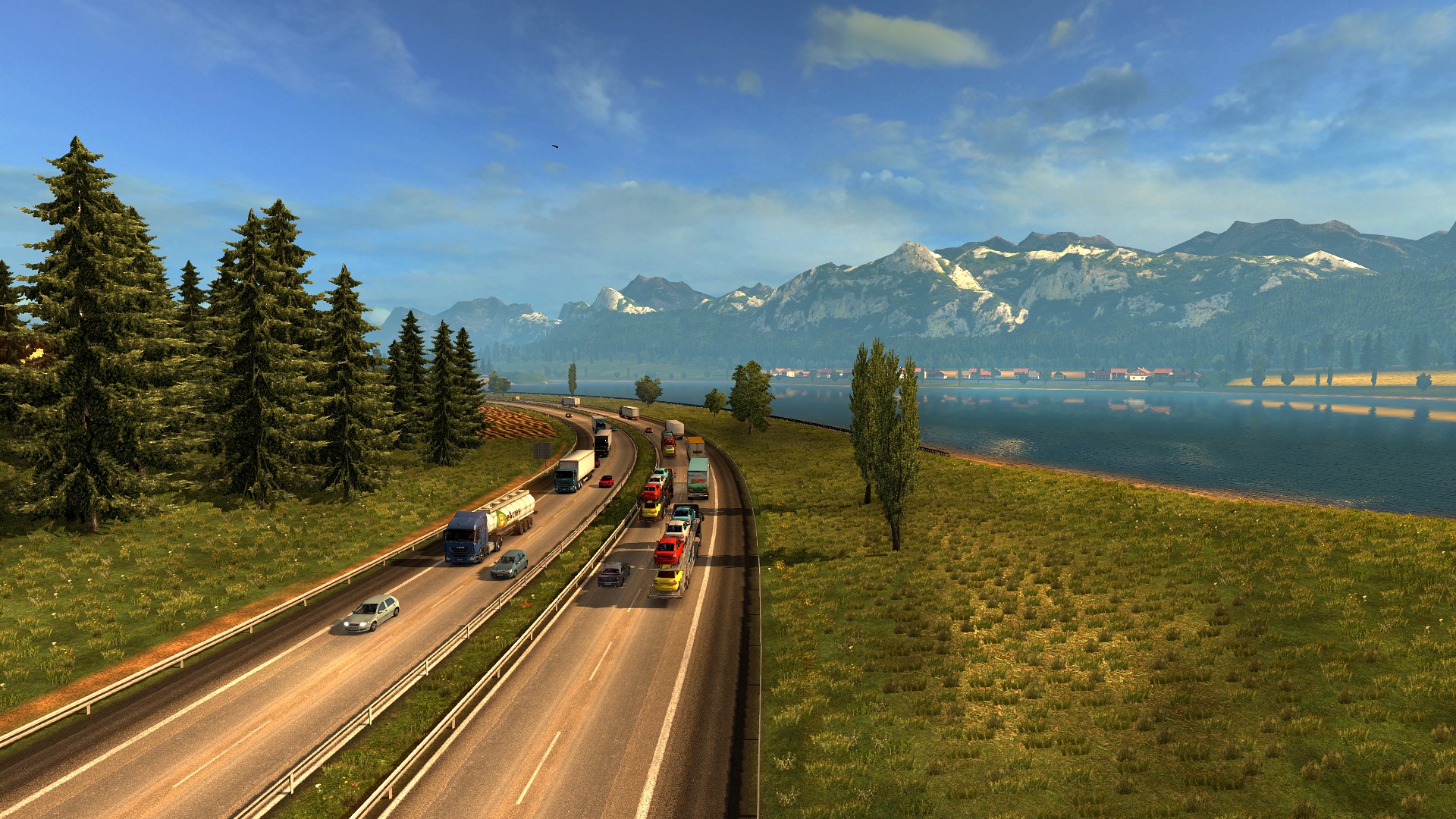 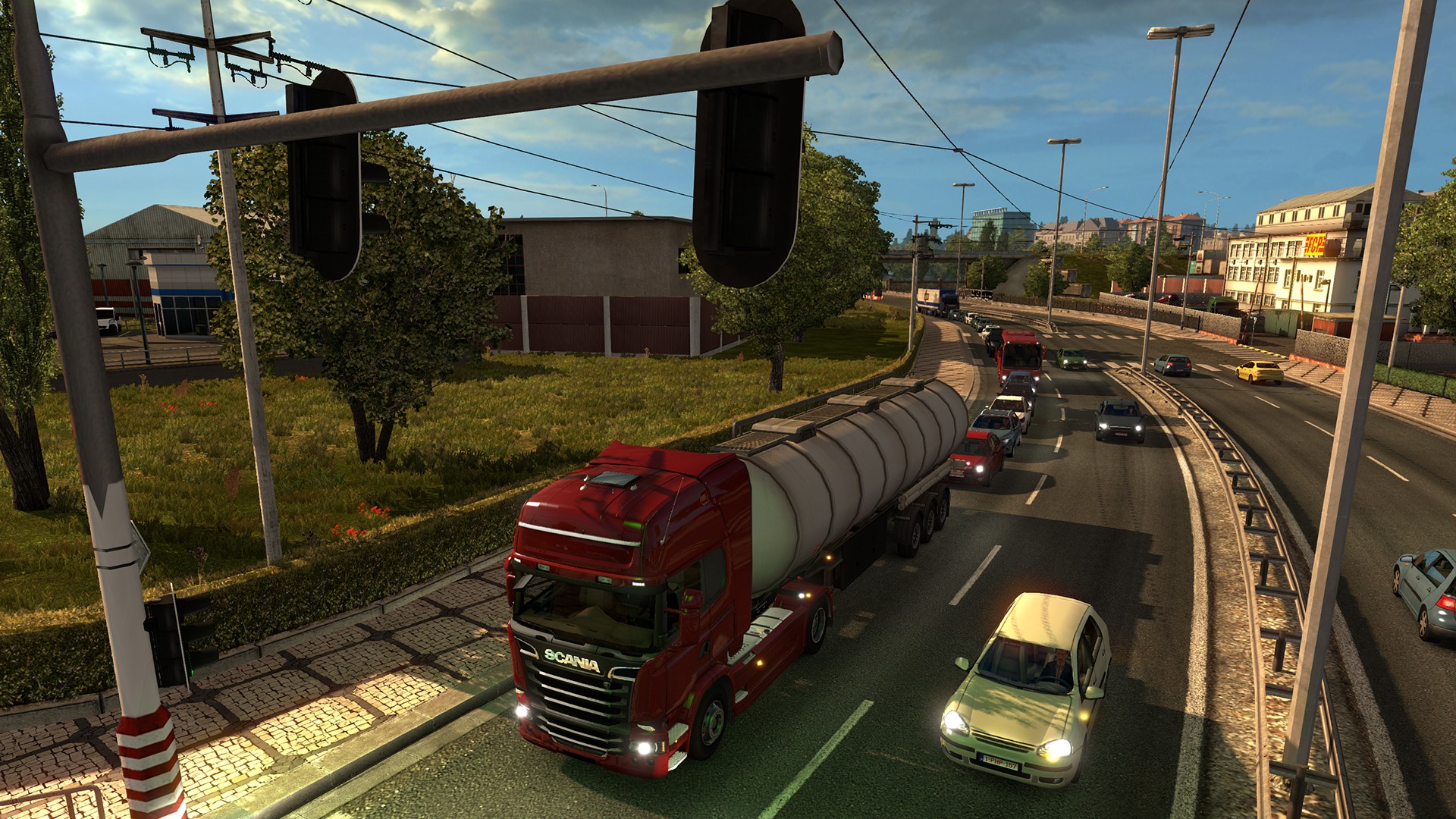 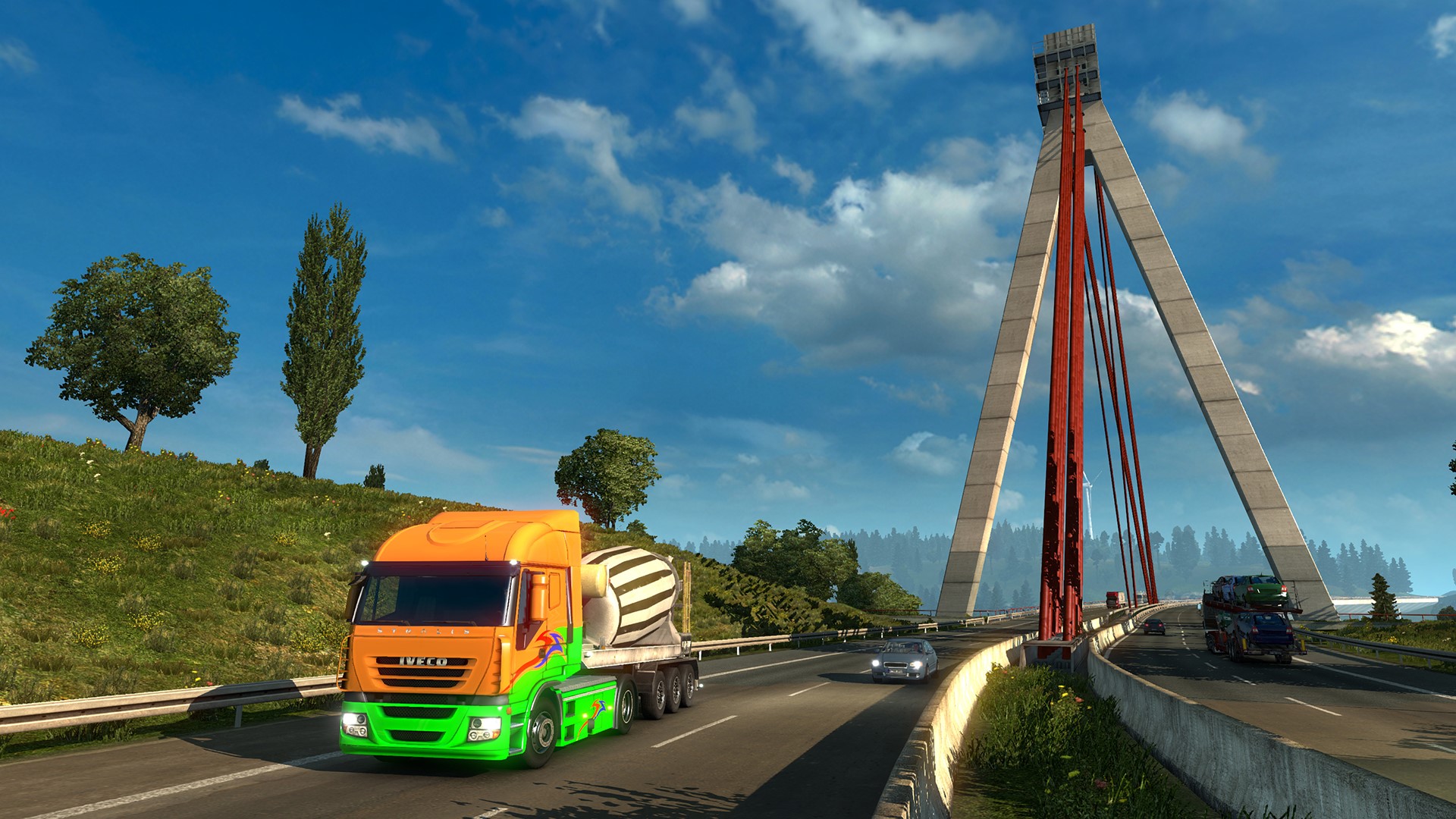 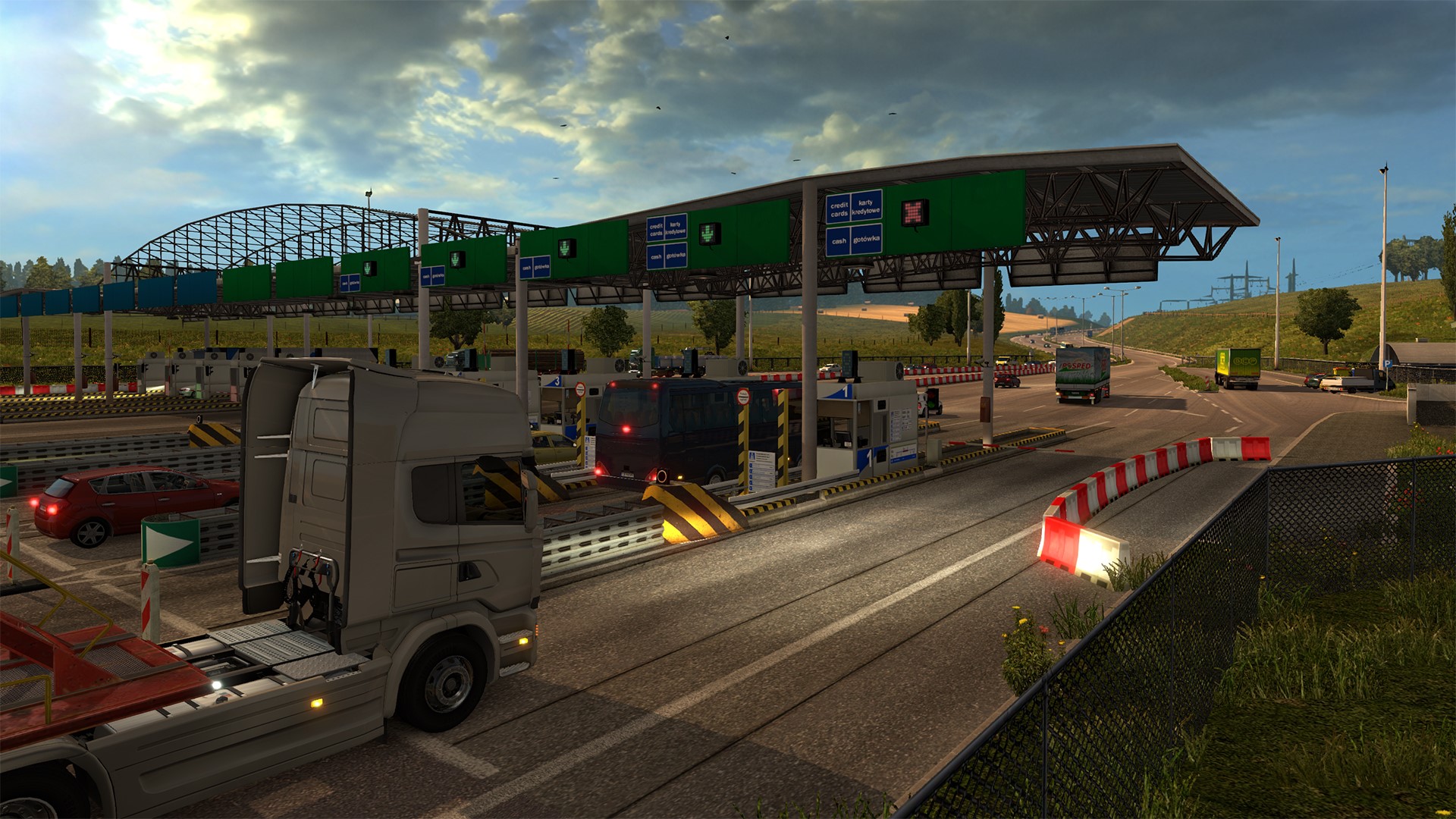 Travel across Europe as king of the road, a trucker who delivers important cargo across impressive distances! With dozens of cities to explore from the UK, Belgium, Germany, Italy, the Netherlands, Poland, and many more, your endurance, skill and speed will all be pushed to their limits.

1. You need to download and install Steam http://steampowered.com/download/SteamInstall.msi (if not already installed)
2. Enter received after the purchase link in your browser to go
3. Log on website
4. Accept the gift
5. Choose - add it to your backpack or in your library
6. Leave a comment