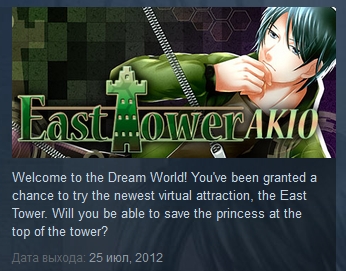 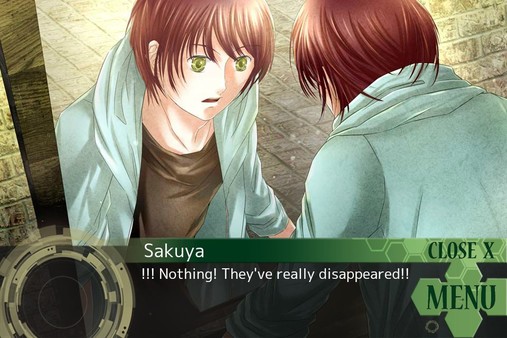 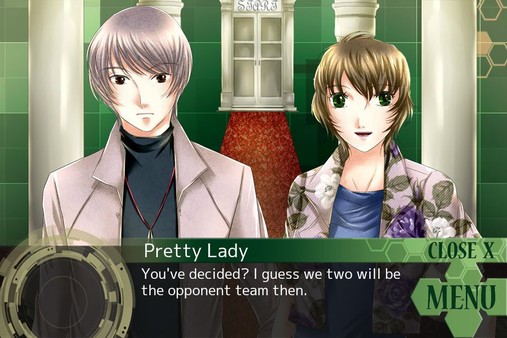 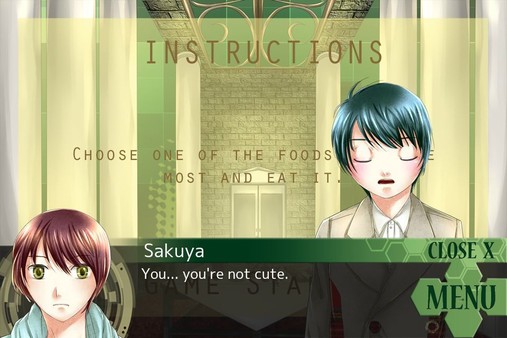 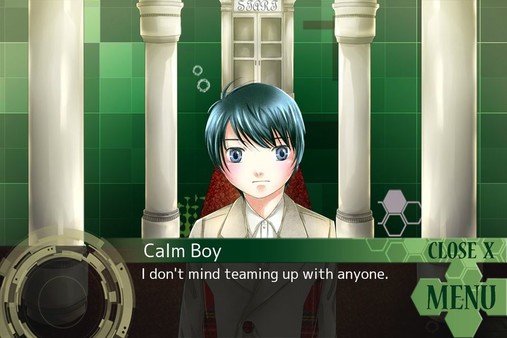 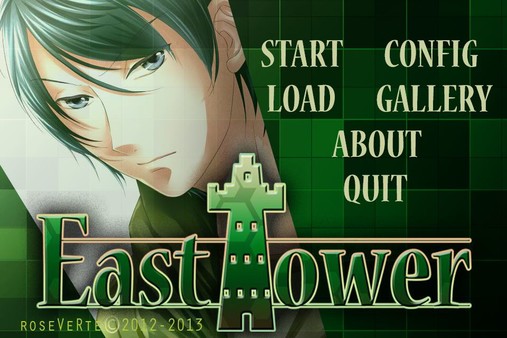 East Tower is a romance mystery visual novel with romancable guys, which has a lot of comedy scenes.
We suggest you to play based on this order: Akio - Takashi - Kuon - Kurenai.
In East Tower - Akio, you´ll be partnered with the serious type guy, Akio.

STORY
Sakuya Morita (name is changeable) was given a chance to try the latest virtual game attraction, East Tower. Within the game, players can transform into whatever they want to. Sakuya chose to transform into a man. She was excited at first, but then a sudden accident happened and she was trapped with four other men. Later, they decided to partner up and proceed to beat the game in pairs, hoping that it would be the way out.

As a man, Sakuya wants to act as a reliable big brother. Therefore she asked the child in front of her to be her partner. However, he is not really a little boy, but his original form is after all an adult. Why did he want to become a child? Can both of them find a way out of there? Enjoy their lovely adventure which is filled with cute misunderstandings!