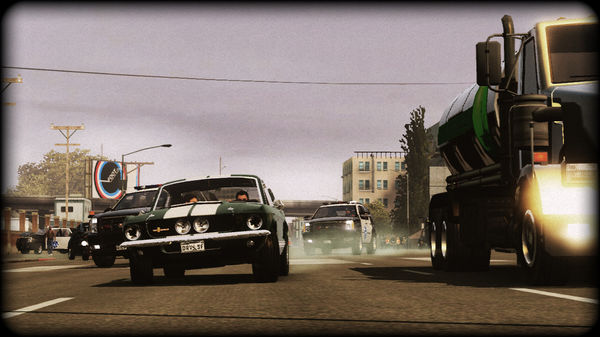 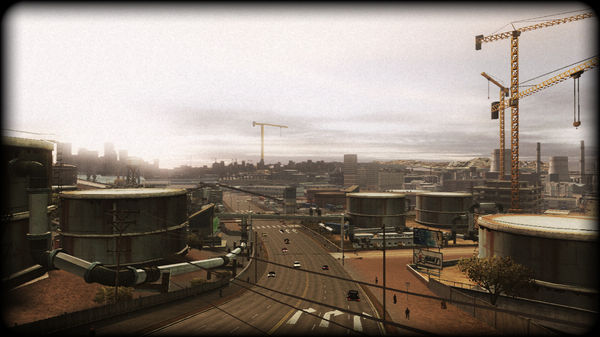 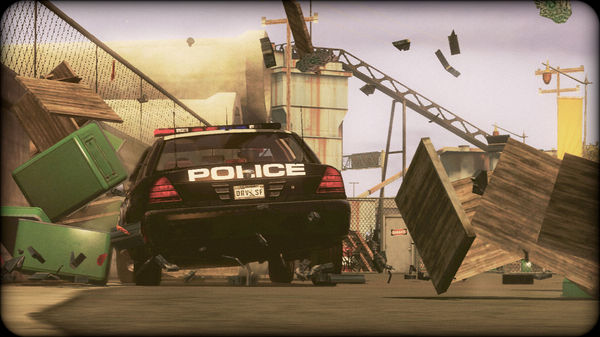 About the game: With the criminal boss Charles Jericho caught free, San Francisco faces a terrible threat. Only one person can resist it. He traveled through the streets of a hundred cities and spent his whole life planting criminals behind bars. But once determined to catch Jericho, he will not be able to refuse this venture any more, and he knows that this may well be his last trip. His name is John Tanner. He is a DRIVER. Developed by Ubisoft Reflections, the creators of the original game, Driver: San Francisco is the return of a recognized series of racing games sold in a circulation of 14 million copies worldwide. Play as John Tanner, a seasoned detective, participating in relentless hunting around the city on the Gulf Coast. Thanks to innovative technologies, players can now freely choose from more than 120 licensed copies of cars, keeping them constantly at the center of events. With its timeless atmosphere, unique control of cars and an updated game process, Driver: San Francisco will revitalize classic free driving, making chases of cars similar to Hollywood blockbusters.
Key features: REAL FEELINGS OF THE PICK: Experience cinematic sensations from riding in DRIVER: free suspension, long drifts, sharp turns and high-speed chases in a dense stream of cars. Manage one of the more than 120 licensed copies of cars participating in one of the most intense chases ever created in the game. INCREDIBLE INVESTIGATION: Unleash a fascinating story in which personal revenge fills Tanner´s inexorable pursuit of Jericho. Rush in the struggle for survival with Tanner through San Francisco and find out how this pursuit will lead him to the point where there is no return. SHIFT: When Tanner recovered from the terrible accident, he realized that he had acquired a new ability that allows him to instantly change cars and take them under his control: SHIFT. Experience unprecedented intensity, variety and freedom, move to a faster car, use civilian cars to destroy your enemies, and even take charge of your opponents´ car to doom them to perdition! Pursuit area: Travel on more than 200 kilometers of roads, along the Golden Gate Bridge, and in the landmarks of all of San Francisco. Sit down from one car to another and immerse yourself in the lives of various residents; Here you will find a dizzying array of characters, each with a unique look at his city in a siege. MULTI-USER CHAOS: Experience 10 different, frantic and exciting online modes, where SHIFT allows you to be anywhere anytime. Rush, escort, and overtake friends in split screen mode and online mode. AND NOT ONLY. Record your best tricks and chases with the Director of the Film Director to edit and share the video. Check your driving skills with 20 challenging races and 80 "challenges" that can be found throughout the city. Enjoy more than 60 music tracks by famous musicians, including the theme of the original Driver.

1. Download and install Steam http://steampowered.com/about (if not already installed);
2. Register a new account on Steam or go to an existing one;
3. The resulting link after purchase, you need to copy and paste into your web browser, log in under her own account and accept Steam gift to yourself in a library (ie to activate your account) or accept gift and add it to the inventory (ie, can be a gift will pass to someone);
4. After activation, the game appears in the list of games and you can download it from steam, and then start playing.

Recommendations for payment of products:

1) Like any other product, this product is most profitable for you to pay with webmoney. To do this, choose WebMoney from the available payment methods and to the right WMZ (USD). In this case, the payment will be made from a WMZ purse (the purse starts with the symbol Z).

2) You can register in the WebMoney Transfer system by following the link https://www.wmtransfer.com . If the main domain is unavailable, you can also use: https://www.webmoney.ru or https://www.web.money . When registering, you will need to enter your personal data (First name, Last name, Date of birth, data of identity documents, etc.). You may also need to upload screenshots (or photos) of your documents for verification. Downloading documents is on the page: https://passport.web.money/asp/bNewDocUpload.asp (or the corresponding link on the alternative domain of the system).

3) After registration, create a WMZ purse and top it up in a way that is available to you on the page http://www.webmoney.ru/eng/inout/topup.shtml?currency=wmz&method=bank-card_method

4) For all questions about the WebMoney Transfer system, please contact support https://support.wmtransfer.com/asp/index.asp

Pay from your bank card directly - it will not work in view of the high price for a unique, rare product.