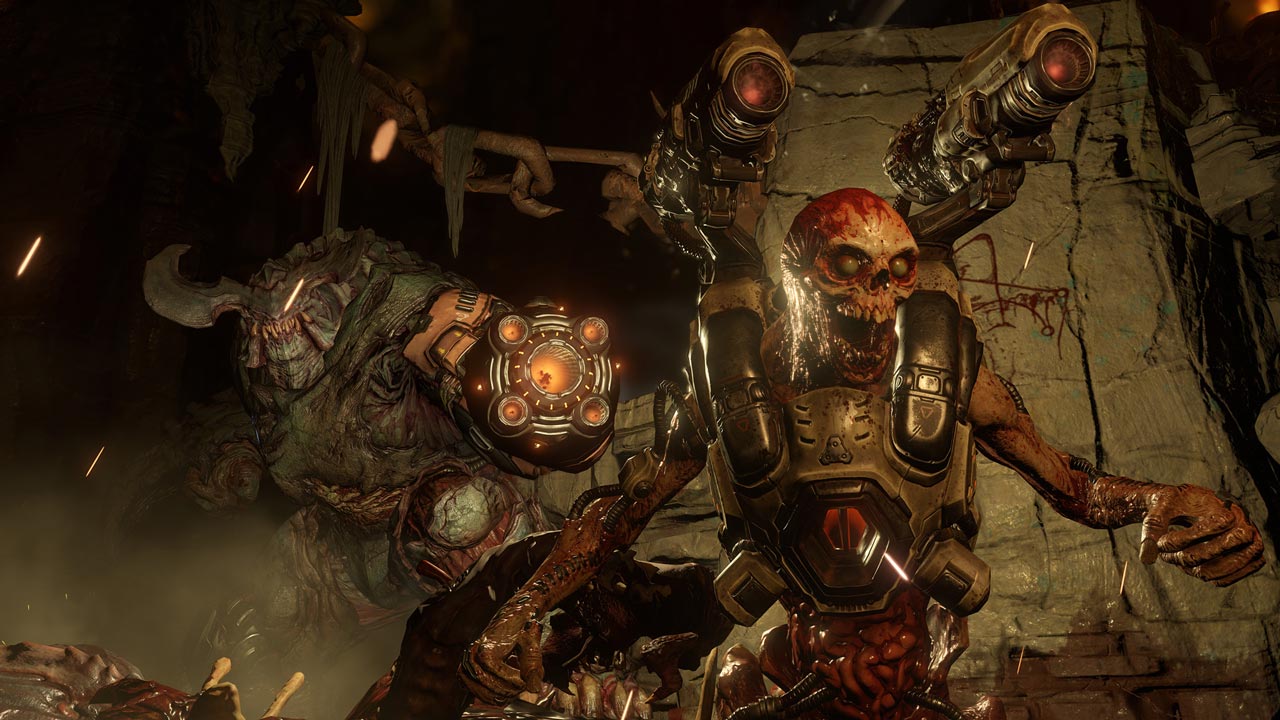 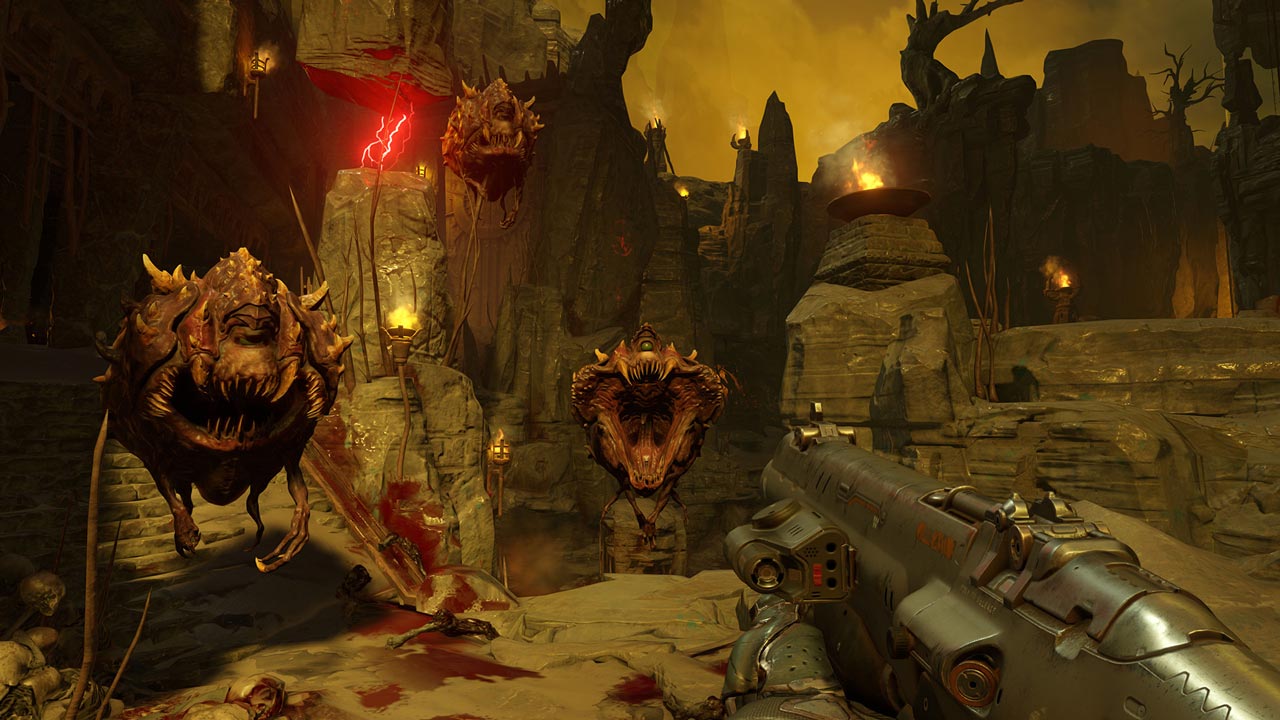 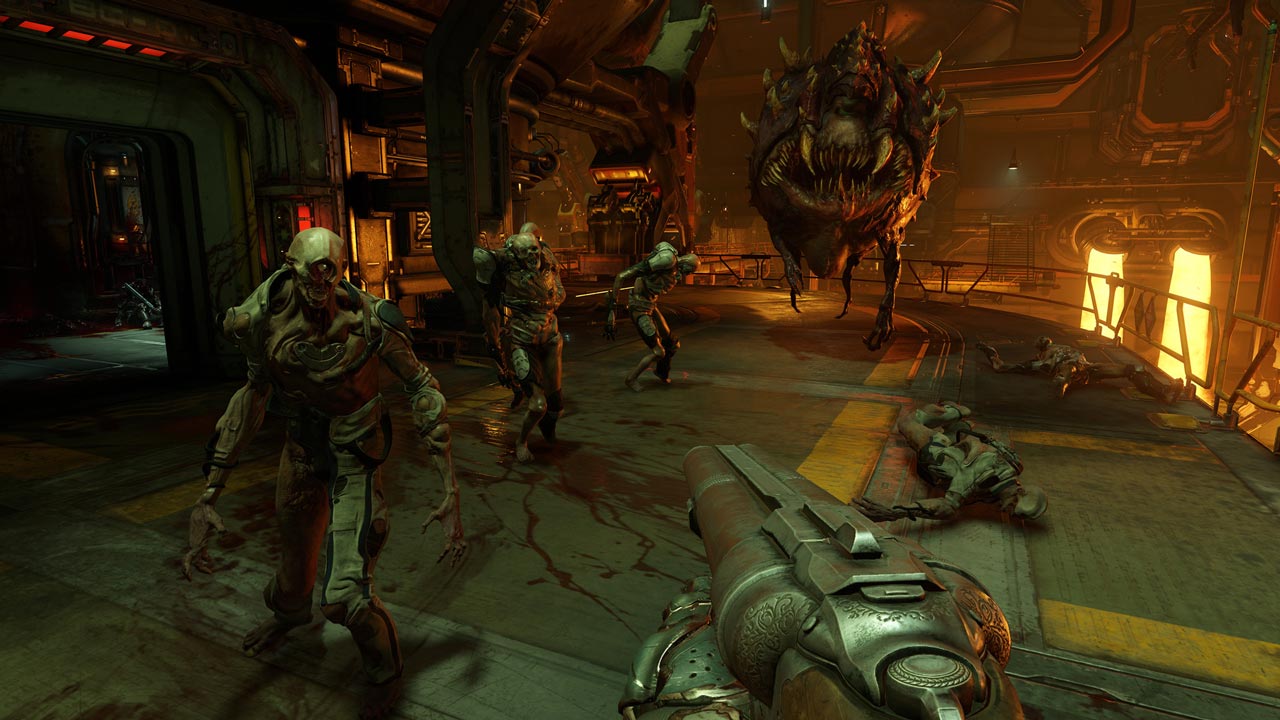 
DESCRIPTION:
The game´s developer is id Software studio, which laid the foundations of the first-person shooter genre and created the deathmatch network game mode. The famous DOOM returns in the form of a ruthless, complex and exciting modern shooter. Relentlessly cruel demons, incredible weapons and impetuous movements make the fights rich and memorable in the single-player campaign, where you have to plunge into the depths of hell, and in numerous multiplayer modes. The included DOOM SnapMap editor makes it easy to create your own levels, test them and share with other DOOM fans around the world.
You know why you came here. The huge research complex of the United Aerospace Corporation on Mars was captured by cruel and merciless demons, ready to conquer our world, and only one person stands in their way. You are the lonely infantryman of DOOM, the last hope of humanity. You must destroy them all.

KEY FEATURES:
• Ruthless campaign. You have no time to seek shelter or wait until your health is restored. You must at all costs restrain the onslaught of the raging creatures of hell. It offers a whole arsenal of weapons, both futuristic and familiar from previous games in the series, a lot of improvements and methods of hand-to-hand combat, which will allow you to knock enemies down, cut them into pieces, trample them, crush and tear them into pieces
• Network game in the best traditions of studio id. Defeat your opponents in the fast-paced battles in the arena that have become the hallmark of the DOOM series. Both usual and new multiplayer modes are waiting for you: destroy enemies with the help of fast reaction, powerful weapons, movement in a vertical plane and unique bonuses that will allow you to turn into one of the demons
• Unlimited possibilities. DOOM SnapMap - flexible, but at the same time easy to use level editor and game modes - will make the game infinitely diverse, regardless of which platform you play. Even an inexperienced player can quickly design his own levels, use existing game modes or create new ones without too much difficulty.