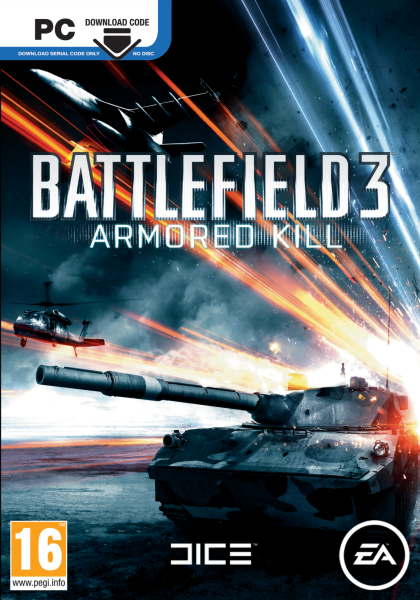 Uploaded: 30.09.2022
Content: 19534994.jpeg 11,34 kB
Loyalty discount! If the total amount of your purchases from the seller SOFT-KLUB more than:
If you want to know your discount rate, please provide your email:

Having completed the purchase of Battlefield 3: Armored Kill, you will receive a license activation key immediately upon payment in your personal account http://www.oplata.info

►Description of the game: ◄
Battlefield 3: Armored Kill - represents the battle of technology in the form in which they can only be seen in Battlefield. The add-on allows you to control tanks, ATVs, self-propelled artillery and other combat vehicles. In addition, Armored Kill presents huge battlefields, including the largest map in the entire history of the Battlefield series.

►Features: ◄
• Technology battles on four huge maps.
• The largest map in the history of Battlefield.
• New equipment, including tanks, ATVs and self-propelled artillery.
• Five new improvements to the technique, which can be used in the main game.
• More than 20 types of improvements for new equipment in Armored Kill.
• New “Tank Superiority” mode.
• On all cards it will be possible to play in all 6 modes.

ATTENTION: This key is for activation in Origin.

How to start playing Battlefield 3: Armored Kill
1. Download and install Origin. (http://www.origin.com/download)
2. Launch Origin.
3. Select the interface language and the place where the game will be installed.
4. Go to the "Origin-Configuration and Management" section.
5. Select "Activate Product Code".
6. Enter the key received after payment.
7. After activating the game, a bookmark appears with your profile and a list of activated games.
8. Select Battlefield 3 and press "Start".
9. Download and install the game.