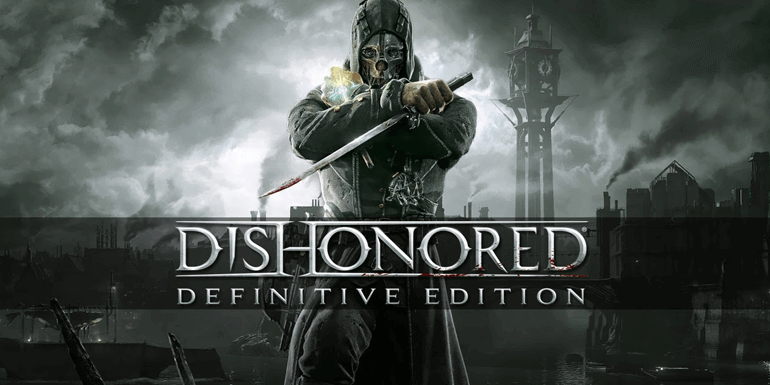 Uploaded: 15.01.2023
Content: text 17 symbols
Loyalty discount! If the total amount of your purchases from the seller RPG-MARKET more than:
If you want to know your discount rate, please provide your email:

You buy the official DISHONORED DEFINITIVE EDITION key. After the first purchase, you get a discount on all subsequent purchases of our products.

You will receive the key Immediately after payment in the window that will open after the payment is made, as well as a link to the page with the key will be sent to your email address specified during the purchase

Description of the game:

In this exciting action game you have to transform into a hired killer wielding otherworldly forces. Driven by a thirst for vengeance, he strikes fear into the streets of gloomy Dunwall, marking his path with the corpses of enemies. You have at your disposal a flexible combat system, extraordinary abilities and an extensive arsenal of all kinds of devices. In the world of Dishonored, everything depends on your actions, and subsequent missions are determined by the choices made during the game.

Dishonored takes place in Dunwall - a huge industrial metropolis, on the streets of which technology and mystery collided. The main character, the Empress´s bodyguard, accused of murdering his client, by the will of fate turns into a mysterious assassin hiding his face under a mask. From now on, he is a shadow on the streets of a city ravaged by a plague, living in fear of the government, incomprehensible technologies and otherworldly forces. The truth is as dark as the water in the canals that grip Dunwall like a ring. And life will never be the same ...

- One out of three buyers who leave positive feedback after purchasing the game can receive an activation key for the gift game. Which one you will find out after receiving the key.
- To receive a gift, you must leave a positive review and add a request to receive a gift to it (Keys will be sent within 48 hours from the moment the review was written).
- After writing a positive review, you automatically agree to the above conditions.

Key activation:
1. You need to download and install Steam http://steampowered.com/download/SteamInstall.msi (if not already installed)
2. Register a new account on Steam or go to an existing one.
3. Go to the "My games" section and select "Activate via Steam ...", read and agree with the Steam service subscriber agreement and enter the key received immediately after payment.
4. After activation, the game will appear in the list of games and you can download it from steam. The installation (download) process takes about 15-50 minutes (depending on the available Internet channel).