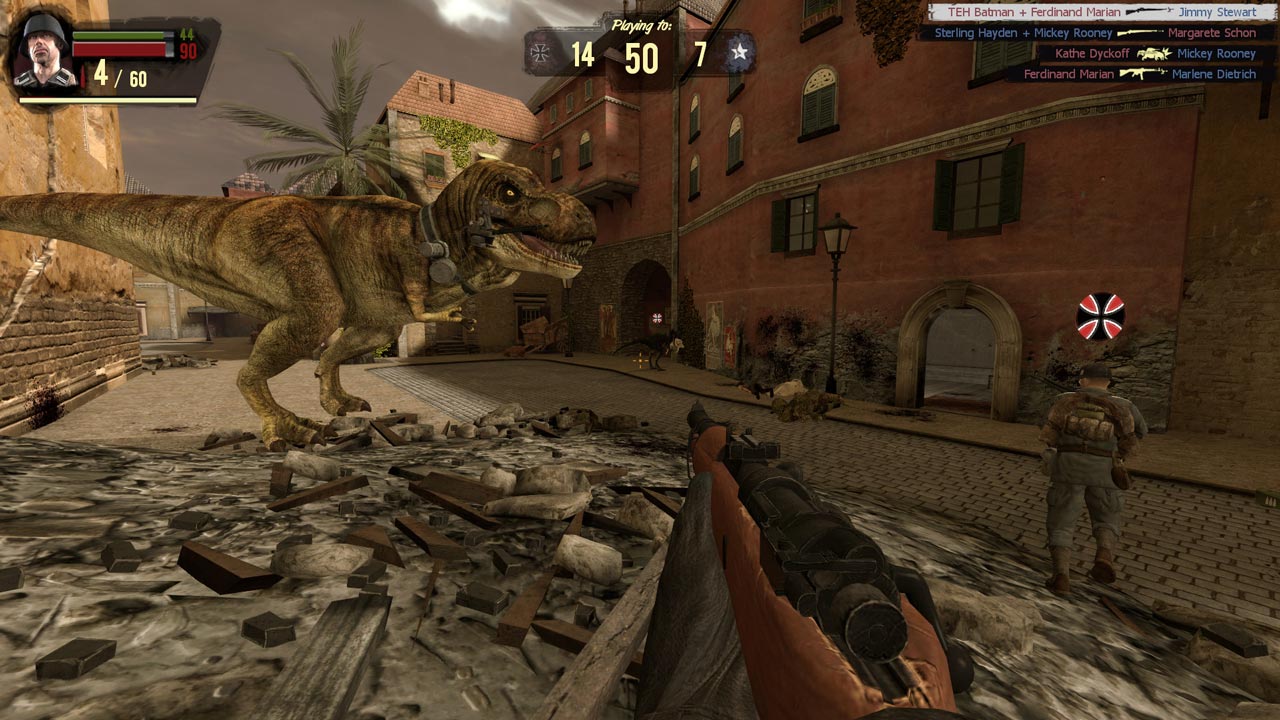 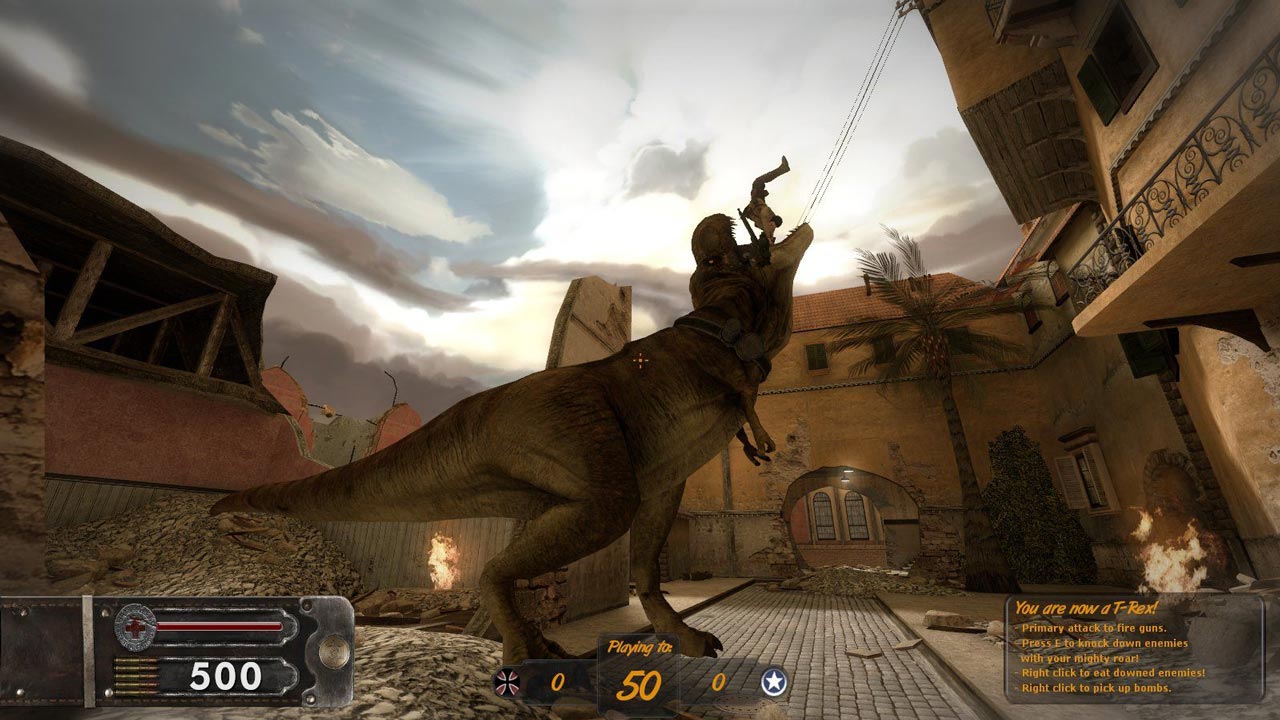 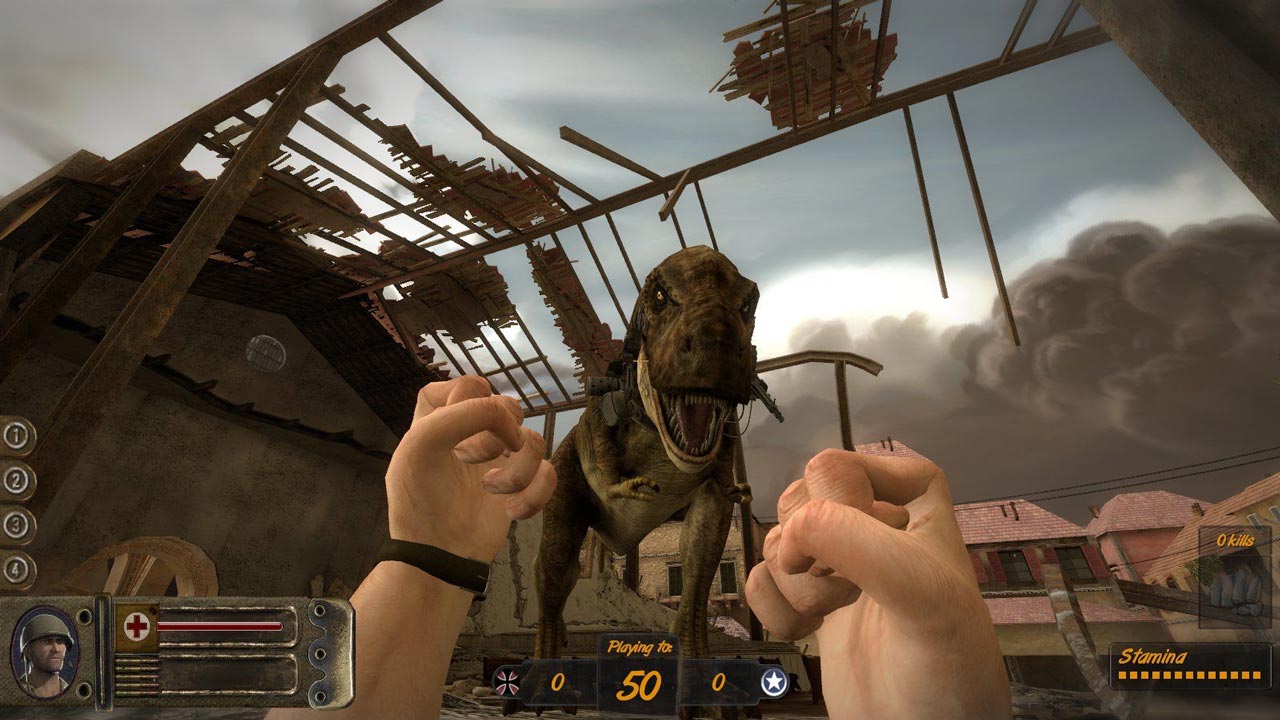 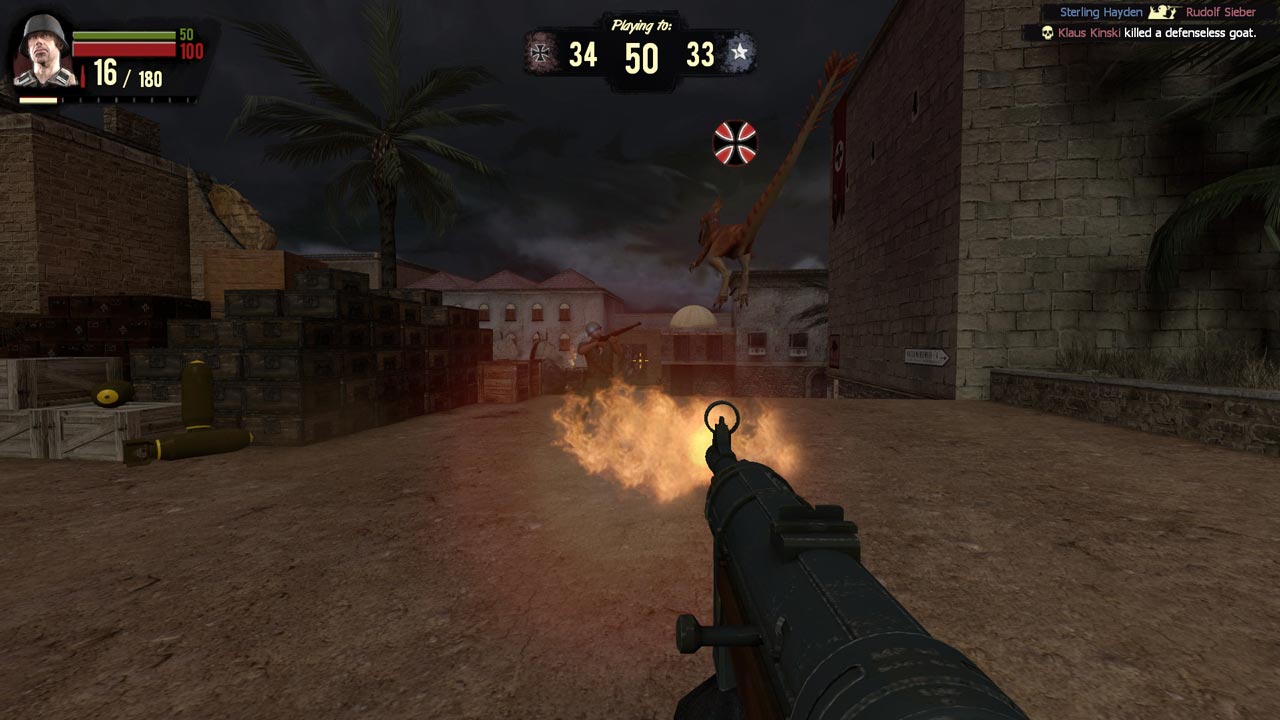 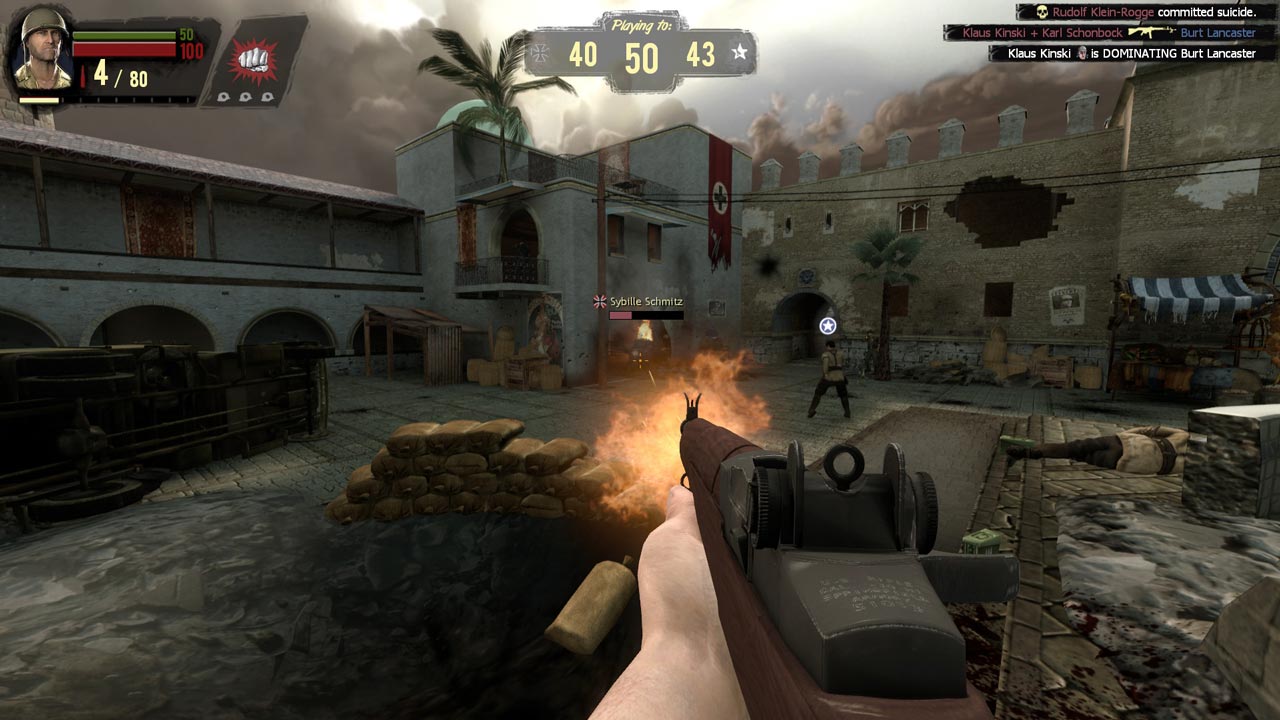 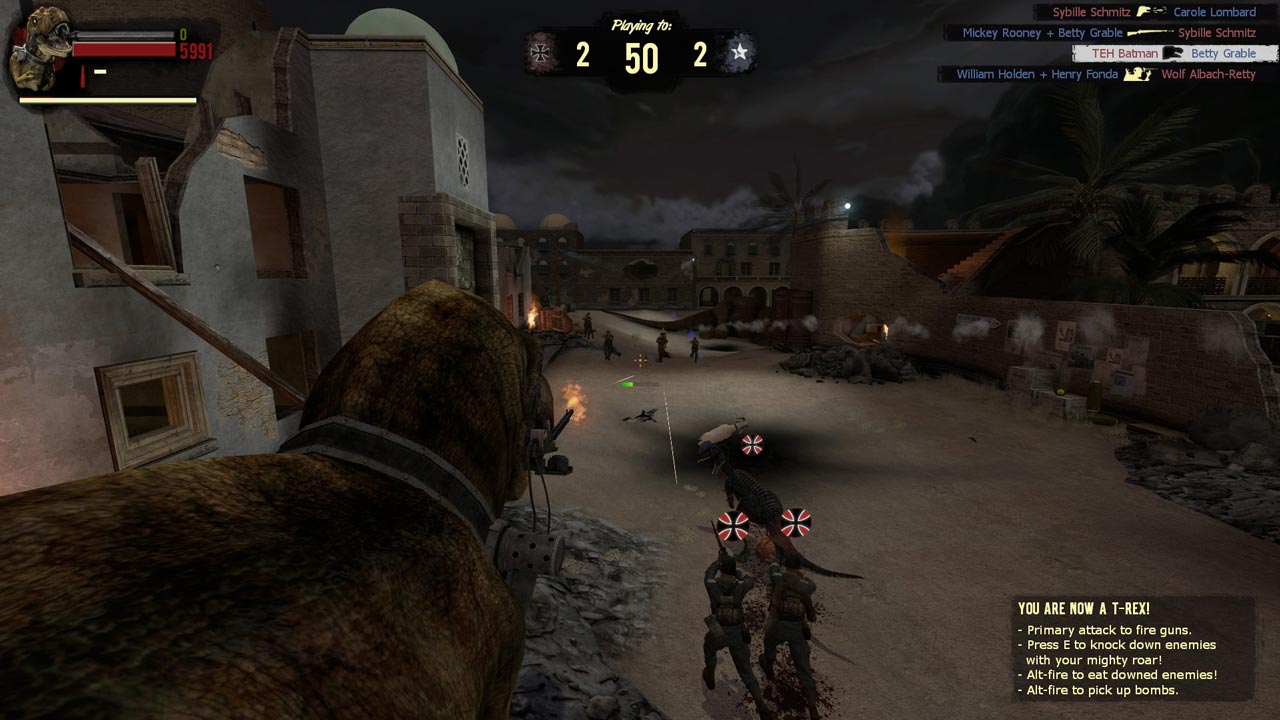 ========================================
1942 year. Adolf Hitler managed to revive the dinosaurs. The reptile horde has already attacked Europe and the Mediterranean. Can´t anyone stop the Nazi army of dinosaurs?
Dino D-Day is a frantic, action-packed multiplayer game that takes you back to World War II. You and your friends can fight over the Internet by choosing a team of allies or Nazis. The Allied side includes seven characters, including Trigger, a protoceratops rescued from the hands of the Nazis. Shoot Dilophosaurs with your trusty M1 Garand rifle, blast Kamikaze Pterosaurs with your Thompson machine gun while they´re in the sky, or throw dead rabbits to lure the Raptor into a deadly trap.
In the game for the Nazis, the player has three human classes and three dinosaur classes to choose from. Kill enemies quietly and quickly with the Raptor, ruthlessly shoot enemies with the 20mm cannon as Desmatosuchus, or rush into a crowd of enemies as Dilophosaurus, grab an enemy and throw it at another enemy for a double kill! Or, if you prefer rifles, choose from three classes of German soldiers and support your fellow dinosaurs in battle.
You´ve played many WWII games ... but have you ever played WWII with dinosaurs?