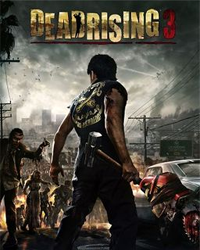 mckay information about the seller and his items
offlineAsk a question

You buy the official game key for Dead Rising 3 Apocalypse Edition. After the first purchase, you get a discount on all subsequent purchases of our products.
You receive the key Immediately after payment in the window that will open after the payment, as well as a link to the page with the key will be sent to your email address specified during the purchase.

It´s been ten years since the events of Dead Rising 2, but zombies are still threatening human lives.
In Dead Rising 3, you have to take on the role of a mechanic from Los Perdidos named
Nick Ramos and find a way to escape thousands of bloodthirsty monsters before the military
will strike and erase from the face of the Earth the city flooded with the living dead.
Obtain weapons, enlist the support of a few
survivors and try to get out alive from the doomed metropolis.
• The huge city of Los Perdidos awaits you, the streets of which are flooded with thousands of monsters.
• The game, which was originally exclusive to Xbox One, is adapted to work at high
permissions, supports controller control and Steam service capabilities.
• Thanks to improved artificial intelligence, zombies have become even smarter and more dangerous.
Now they are able to coordinate their actions, and you will need to make a lot of effort and pretty hard to stay alive.
• Craft the most incredible weapons from hundreds of items and parts that can be found throughout the open game world.
• Team up with friends and organize the genocide of zombies, gaining experience points, which will then come in handy in the single-player campaign.