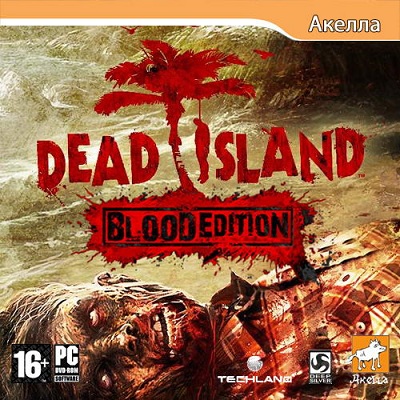 Subscribe
Sold: 0
Uploaded: 20.07.2013
Content: text 113 symbols
Loyalty discount! If the total amount of your purchases from the seller Nickcd more than:
If you want to know your discount rate, please provide your email:

Heroes Dead Island - tourists who had to deal with the dead come alive on vacation at a tropical resort The Royal Palms Resort in Papua - New Guinea. Players will learn the cause of infection and quickly escape from a dangerous island for their lives. Unlike the heroes of the Left 4 Dead 2, caught in a similar situation in Dead Island will have to fight zombies all means at hand: pipes, brooms, baseball bats, machetes. Get hold of firearms and ammunition will not be easy.

Features Dead Island:
• You will have to go through the horror of the invasion of zombies, driving a hero from the first person.
• Co-op mode for up to 4 players.
• Ability to repair, modify and create weapons from scrap materials.
• The action takes place on the resort island in the open air. Exploring the world not
• limited to the scenario of the game.
• Ability to develop a character of its own.
• Horde horrific zombies.

Obratine note:
• The game has territorial restrictions (suitable only for Russia and CIS countries)! Efficiency key in other regions is possible, but we are not guaranteed.
• Language Translation: Russian

Activation Key Dead Island:
1. You need to download and install Steam http://steampowered.com/download/SteamInstall.msi (if not already installed)
2. Register novvy Steam account or log into an existing.
3. Go to the "My Games", select "Activate via Steam ..." and enter the key received immediately after the payment.
4. After activating the game appear in the list of games and you can download it from steam.

Gift:
• Each buyer who leave positive feedback and a desire to write in the comment to get a gift, will receive steam key to one of a variety of games.
• Distribution of gifts made within 5-7 working days from the date of writing reviews.
• E. mail to a recall is not necessary to leave :)