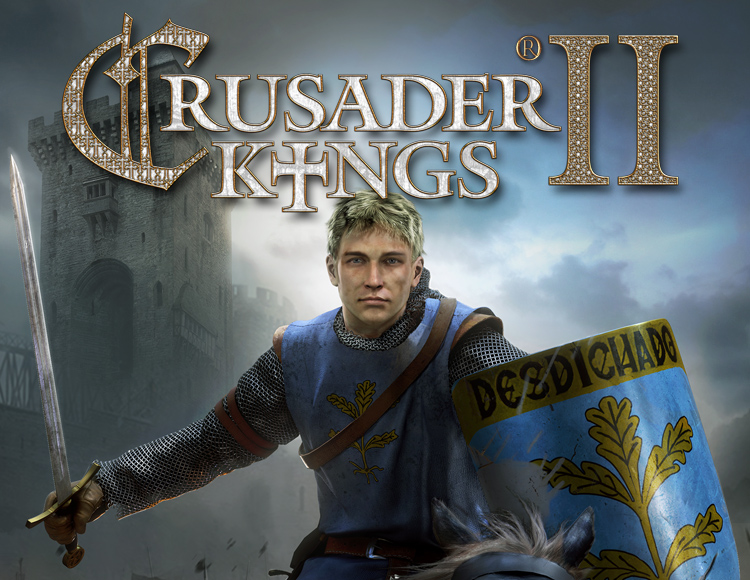 Uploaded: 14.11.2018
Content: crusader_Kings_II_0066.txt 0,02 kB
Loyalty discount! If the total amount of your purchases from the seller servicesoft more than:
If you want to know your discount rate, please provide your email:

After payment you get a link on which to obtain a license key with the game Crusader Kings II from the official supplier - the company "Buka", for activation in the STEAM system.


Description:
Crusader Kings II opens before the players one of the most important periods in world history thanks to the work of real masters of the genre of global strategy. Medieval Europe comes to life in this epic game of knights, intrigues and thrones ...

Although the dark ages of the Middle Ages are nearing the end, Europe is still plunged into chaos. The petty feudal lords oppose the kings who are besieged on all sides, trying to regain control of their fragmented states. The pope gathers a crusade to protect Christians in the Holy Land, not intending to release from their hands control over the erection of bishops - as well as over their riches. It´s time for greatness. Expand your possessions and secure the future of your dynasty. Fill your chests, appoint vassals, look for traitors and heretics, publish laws and interact with hundreds of noblemen, each with his own clever plan.

A good ruler will always need friends who can support him. But be careful - even loyal vassals may have their ambitions, and one of them may not be as reliable as it seemed ... Be prepared for everything and increase your prestige until the world begins to pronounce your name in a reverent whisper. Do you have the makings of a king-crusader?

Start the game anytime between 1066 and 1337 and play it until 1453.
Choose a Christian ruler and ensure his dynasty survives, playing for his descendants for centuries.
Get prestige for each of the descendants for whom you play, glorifying your dynasty.
Expand your feud - and do not let it fall to pieces.
Shed light on the conspiracies of their courtiers and vassals, each of which has its own opinion and design.
Become a crusader, fight the Moors, Gentiles and heretics.
Defend yourself from the onslaught of the Mongolian horde.
Rival the pope for control of the bishops.
Feel the atmosphere of the Middle Ages, collecting in the network game up to 32 players.