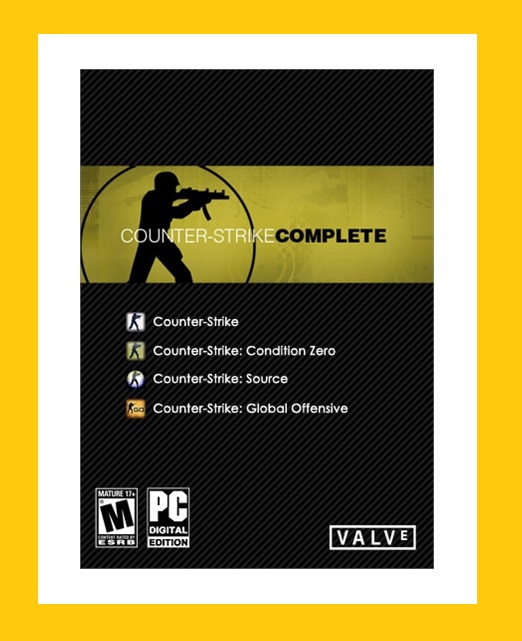 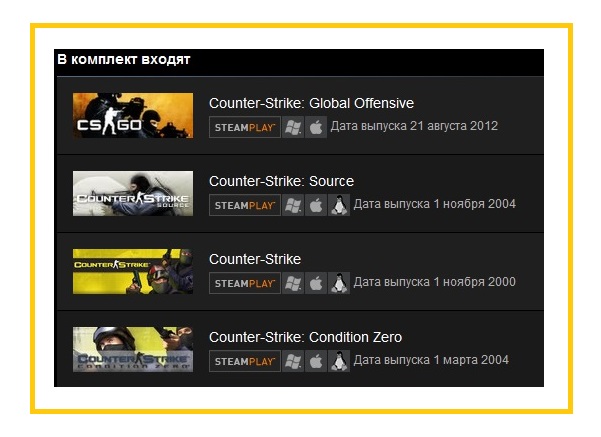 Play-Sky information about the seller and his items

** This is a restricted gift. This gift you can free activate only in these countries: Armenia, Azerbaijan, Belarus, Georgia, Kyrgyzstan, Kazakhstan, Moldova, Republic of, Tajikistan, Turkmenistan, Uzbekistan, Ukraine, Russian Federation.

** When activated in another region, we are not liable !!!


«Counter-Strike was a surprise to the gaming industry, especially when it is not a good fashion has become one of the most popular shooters in the world immediately after its release in August 1999, - said Doug Lombardi from Valve, - for the past 12 years, it is still one of the most popular games in the world, often appears in gaming competitions and sold over 25 million copies worldwide. CS: GO promises to revive the famous gameplay Counter-Strike and offer its players not only on PCs but also on next-generation consoles and computers Mac ».

Play the best online shooter in the world. Take part in an incredibly realistic war against terrorists in this popular team game. Acting in concert with teammates to achieve strategic objectives. Destroy the enemy stronghold. Free the hostages. Your achievements affect the success of your team. The success of your team affects your accomplishments.


Please leave your feedback after the purchase!

3. Next, you need to follow the link received after purchase, log in under your account Steam and take a gift to yourself in the library or add to your inventory.

4. After activating the game appear in the library or in your inventory where you can already start to play or activate later / give to a friend.

Dear customers - positive feedback from you to raise our rating, thereby increasing our sales and thereby making it possible for you to reduce the prices of our products!


PS All Gift Buy only through official channels.