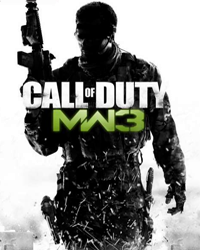 Uploaded: 03.02.2023
Content: text 17 symbols
Loyalty discount! If the total amount of your purchases from the seller RPG-MARKET more than:
If you want to know your discount rate, please provide your email:

* Continuation of one of the most successful shooters in the history of interactive entertainment Call of Duty 4: Modern Warfare 2, which received many rave reviews from both domestic and foreign gaming press and video game fans.
* New operations. Large-scale single-player campaign that continues the events of the original game.
* Shoulder to shoulder. Co-op mode "Special Operations", which presents a number of scenarios for two participants. As the fighters gain experience, more and more complex missions will open up to them, both plot-related with the single-player campaign, and completely independent.
* Each against the other. New multiplayer modes, as well as unique abilities and skills available only in online battles.
* At the risk of life. Performing dangerous missions in extreme conditions: in snow-capped mountains, lifeless deserts and even under water, players will use all sorts of modern weapons, the latest equipment and equipment.

1. You need to download and install Steam http://steampowered.com/download/SteamInstall.msi (if not already installed)
2. Register a new account on Steam or log into an existing one.
3. Go to the "My games" section and select "Activate via Steam" and enter the key received immediately after payment.
4. After activation, the game will appear in the list of games and you can download it from steam.