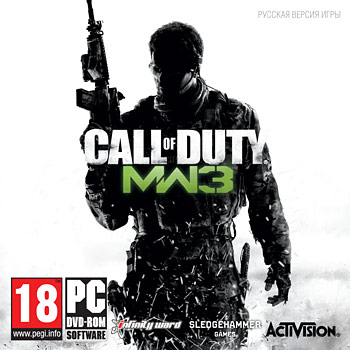 Boommedia information about the seller and his items
onlineAsk a question

ATTENTION !!! You get a key "(COD MW3 steam key)" of the licensed version of the game, from the company´s new disc!
EU, bat warranty is only for CIS


The most popular shooter of all time returns in the new game of the legendary series of Call of Duty! I look forward to the brutal clash with terrorist Makarov and his sinister organization that is ready to sow death and destruction around the world. In the fight against villains like all good, especially if your hands - the most modern weapons and equipment available only to elite fighters special detachment. In addition to exciting single player campaign, the game includes unrivaled network battles in the vast online.


The game was released in full in Russian

By purchasing an electronic version, you buy only the key. The game is downloaded and installed directly via Steam. To do this you must register an account on the system Steam.

To install the game you need:
1. Download, install and run Steam: http://steampowered.com/download/SteamInstall.msi
2. Register an account Steam.
3. Open the tab "My Games" from the top menu, at the bottom click "Activate via Steam ..."
4. You will be asked to enter the product code, enter the key purchased from us.