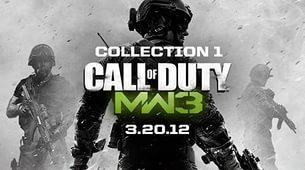 Uploaded: 25.11.2022
Content: 67.txt 0,02 kB
Loyalty discount! If the total amount of your purchases from the seller SOFT-KLUB more than:
If you want to know your discount rate, please provide your email:

To start a supplement must have installed the game Call of Duty: Modern Warfare 3!


CAUTION The key can not be activated in Origin.


For a gift you must:

2) to leave positive feedback with a comment "I want a gift," and specify it your E-mail


The composition of additions were:


Collection - is the first expansion for the best shooter last autumn - Call of Duty: Modern Warfare 3, which became the biggest downloadable DLC in the history of the franchise.


Included in addition to the four maps for multiplayer mode will allow to expand the geography of battle and feel even more drive during online battles! Visit the fighting in Central Park (Liberation), arrange a full-scale war on the picturesque alleys in Italy (Piazza), obrushte tonnes of glass on the heads of passers-by, different to the nines skyscraper in New York City (Overwatch) or directly with the enemies around the downed presidential Aircraft (Black Box).


If the resulting adrenaline multiplayer battles will seem a little, then you can make up for the lack of it with the help of two new special operations, also included in the supplement. The Black Ice mission awaits an exciting race on a snowmobile, the purpose of which will be the penetration of the diamond mine. Mission Negotiator send players to India, where it is necessary it will be possible to free the hostages.

3. Download and then run a full installation and play.