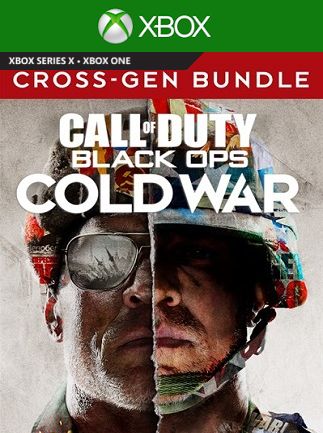 Uploaded: 17.11.2022
Content: text 29 symbols
Loyalty discount! If the total amount of your purchases from the seller NeMeNi more than:
If you want to know your discount rate, please provide your email:

NeMeNi information about the seller and his items
onlineAsk a question

After payment you get CALL OF DUTY: BLACK OPS COLD WAR CROSS-GEN

Platforms - FOR XBOX ONE and XBOX SERIES X | S
- VPN with COLUMBIA connection is required to activate the key 🌏
- After activating the game WITHOUT REGIONAL RESTRICTIONS
- Games are forever associated with your Microsoft account
- You will be able to download games in any region and at any time, with all available languages


By purchasing this digital version of Call of Duty®: Black Ops Cold War for Xbox One from the Microsoft Store, you can download the Xbox Series X | S versions at no additional cost.

Composition of the set “Two generations”:

Together with a squad of elite performers, you will pursue the mysterious Perseus, who seeks to disrupt the global balance of power and change the course of history. Both your old acquaintances Woods, Mason and Hudson, and a whole group of new intelligence officers will uncover the world conspiracy he organized.