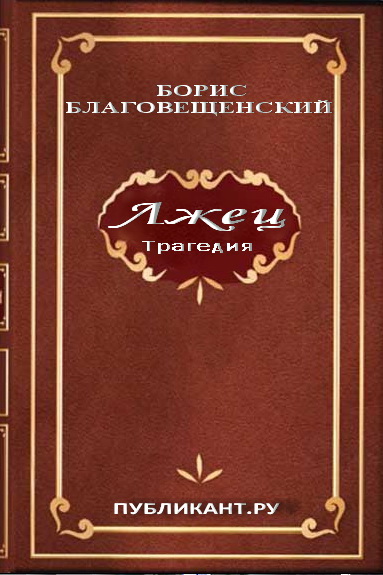 Sold: 0
Uploaded: 25.02.2016
Content: ljez.zip 835,11 kB
Loyalty discount! If the total amount of your purchases from the seller Б.Б. и К more than:
If you want to know your discount rate, please provide your email:

Б.Б. и К information about the seller and his items
offlineAsk a question

If you are unhappy with a product you purchased, the seller will return your money within 30 days from the moment of purchase.

The tragedy describes the events taking place in the early 90s of the 20th century, in the post-Soviet space.
In the center of action, a hero with an active life position: if not me, then who? Nomenklatura capitalism that has come. to replace state capitalism did not bring the expected changes, like writer Tropinin. The internal conflict of Sergei Tropinin is aggravated by social contradictions and turns into a personal tragedy. Life circumstances are stronger than character. The fate of the hero of the play, a vivid example, breaking the established foundations at the junction of change. The problems described in the play are relevant, despite the time that has passed since it was written. The play was included in the shortlist on the results of the fifth International Literary Forum "Slavonic Lira-2018" in the nomination "Dramaturgy".

The Electronic book for Windows in format ExeBook Publicant. The File zip. 855 Kb.