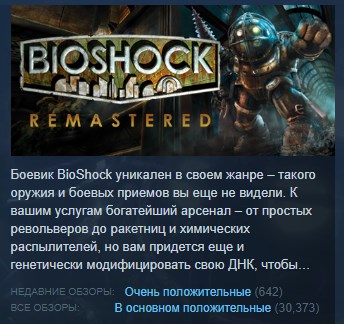 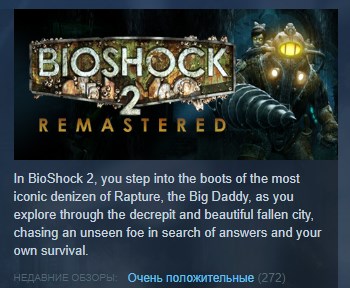 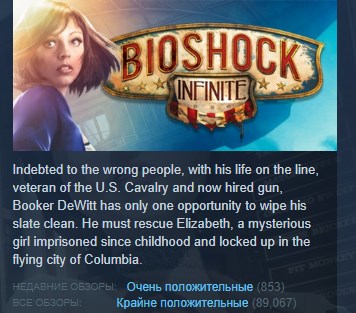 BioShock
BioShock is a shooter unlike any of the ones you´ve played, full of unimaginable weapons and tactics. You will have the entire arsenal at your disposal from conventional revolvers to grenade launchers and chemical weapons sprayers, and in addition you will be able to modify your DNA to create an even more deadly weapon: you. Injected plasmids will give you superhuman powers: direct an electric discharge into the water to hit several enemies at once, or freeze them and smash them with a swipe of a wrench.