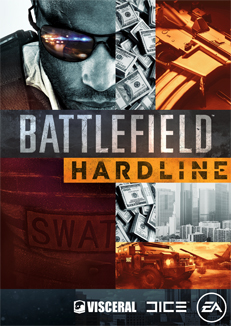 Uploaded: 19.03.2015
Content: BF5_001 (44).txt 0,06 kB
Loyalty discount! If the total amount of your purchases from the seller Nickcd more than:
If you want to know your discount rate, please provide your email:


Anyone who has long dreamed to try yourself in the role of mafia or police will be able to realize the dream of a life in Battlefield Hardline. Players are waiting for unrivaled multiplayer mode Battlefield and fascinating story in the setting reminiscent of modern crime drama. In the single player campaign you in the role of Nick Mendoza (Nick Mendoza), a young detective, will begin a bloody vendetta against those he once called his comrades. In multiplayer mode, you have to round up the criminals rob bank vaults and release the hostages, such as mode Heist and Rescue. Battlefield Hardline become your new field of shootouts.

• Network mode Battlefield. Command tactical game in the spirit of the series Battlefield, which this time will unfold in a tough and stylish world of crime and punishment.

• Single player campaign. Unusual crime story of the famous studio developer that gave us a series of Dead Space ™.

• Destructible levels. Skirmishes in the underground laboratory, breaking the bank vault and mayhem in Motor Show in Los Angeles: the whole environment in the game looks very modern, attractive and can be destroyed by the player.

• tools and weapons. Use a diverse arsenal of weapons and devices, including shotguns with a shortened barrel, stun, ropes and cats. Devices may be used on any map that makes any battle unpredictable.

• Transport madness. Move around the map in the air in time to come to the aid of his team push enemies by car or taunted police, leaving the chase on a motorcycle. In Battlefield Hardline awaits an epic battle on the vehicles, which is so loved the fans of the series Battlefield.

• Key has no regional restrictions Region Free and activated in any country.

• Target language: Russian, the presence of other languages \u200b\u200bis not yet known

3. Run EA "origin" and on the "Activate" enter the purchased key

• Each buyer who leave positive feedback and write comments in the desire to get a gift, steam will be sent to one of the key


a variety of games.

• Distribution of gifts made within 5-7 working days after write a review.

• E. mail in the recall does not necessarily leave :)


You can also pay attention to other games in this series:


I would really appreciate your positive feedback :)