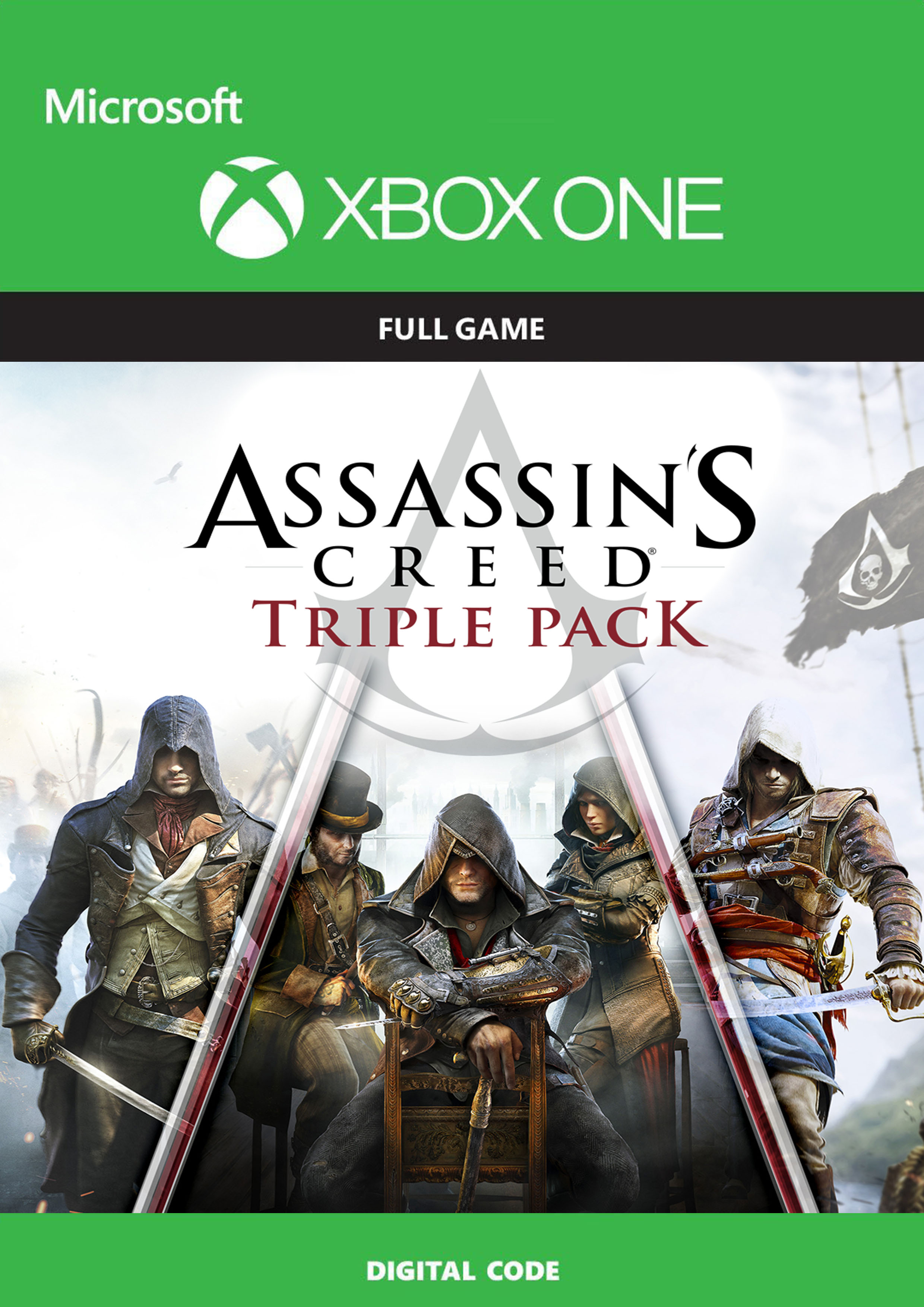 Uploaded: 16.09.2022
Content: text 29 symbols
Loyalty discount! If the total amount of your purchases from the seller NeMeNi more than:
If you want to know your discount rate, please provide your email:

After payment you will receive a code after the release of ASSASSIN´S CREED TRIPLE PACK (Black Flag, Unity, Syndicate) FOR XBOX ONE.

Assassin´s Creed 4 Black Flag:
The Caribbean, 1715. Legendary pirates rule the land and sea, plundering fortunes and bringing empires to their knees. Among these outlaws is Edward Kenway, a fearless young captain who earns the respect of the pirates, but whose thirst for gold and glory may destroy everything they have built.

Assassin´s Creed Unity:
Paris, 1789. For centuries, France has been ruled by the privileged few. No longer. On this day, the people of Paris have risen up against tyranny. Now, in the midst of one of history´s most chaotic and brutal revolutions, the fate of a nation rests on the edge of the Assassin´s blade.

Assassin´s Creed Syndicate:
London, 1868. The Industrial Revolution fattens the purses of the elite while the working class struggles to survive - until a pair of Assassins emerges from the underworld to rally to their defense.

2. Launch it and select the region ARGENTINA 🌏
3. Go to https://redeem.microsoft.com
4. Log in to your account ✅
5. Activate the key

If the code does not pass, then try to iterate over everything from the list

If activation fails, try changing the account region to Argentina