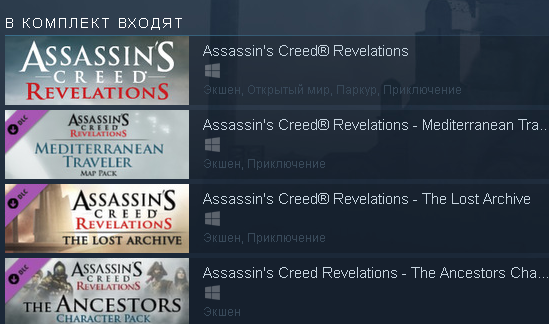 Game features:
Become deadlier than ever. Use a new knife-hook in battle, watch your enemies, Eugene, aggravated, and smash them with improvised bombs.
Return of the legend. Play as Altair, the hero of the original Assassin´s Creed.
Beauty of the East. Admire the greatness of Constantinople, the pearls of the Ottoman Empire of the XVI century, and bow your knee before the Assassins stronghold, the fortress of Masiaph.
Fight against the best. The award-winning multiplayer has become even more interesting with new command modes, maps and, of course, new characters.
Revolutionary gameplay. Explore the farthest corners of the Animus. Know the past to foresee the future.