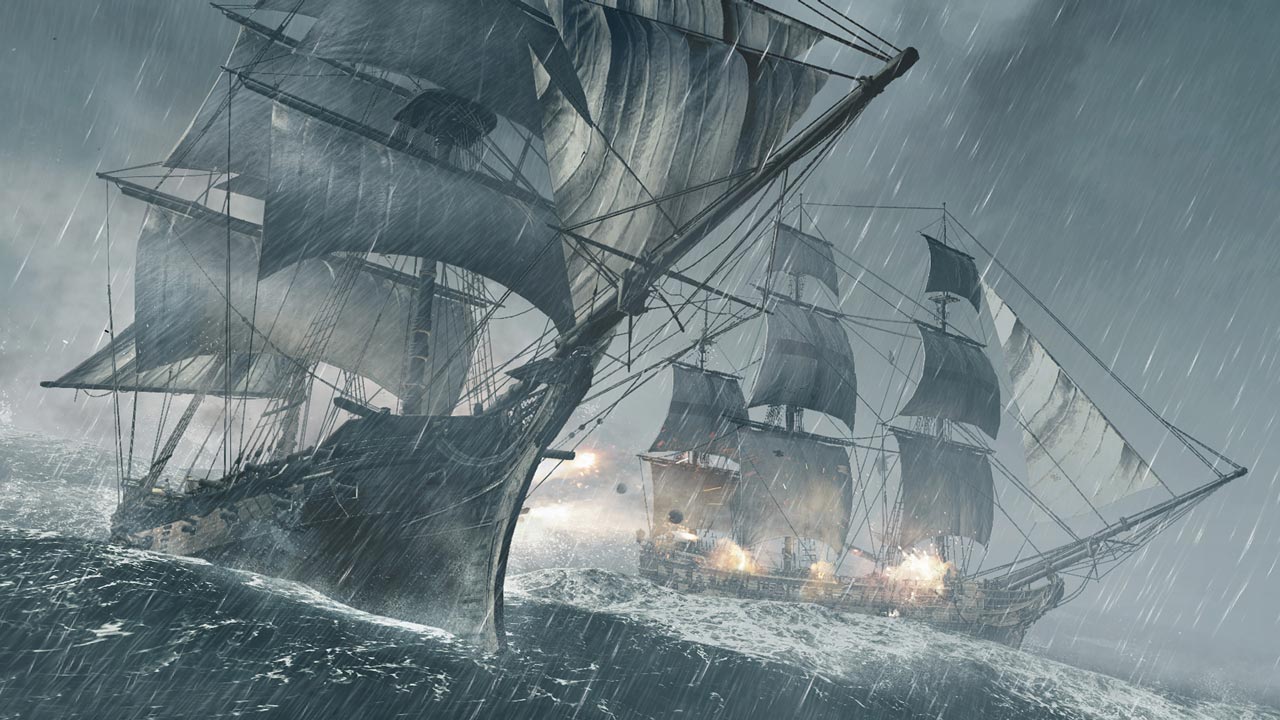 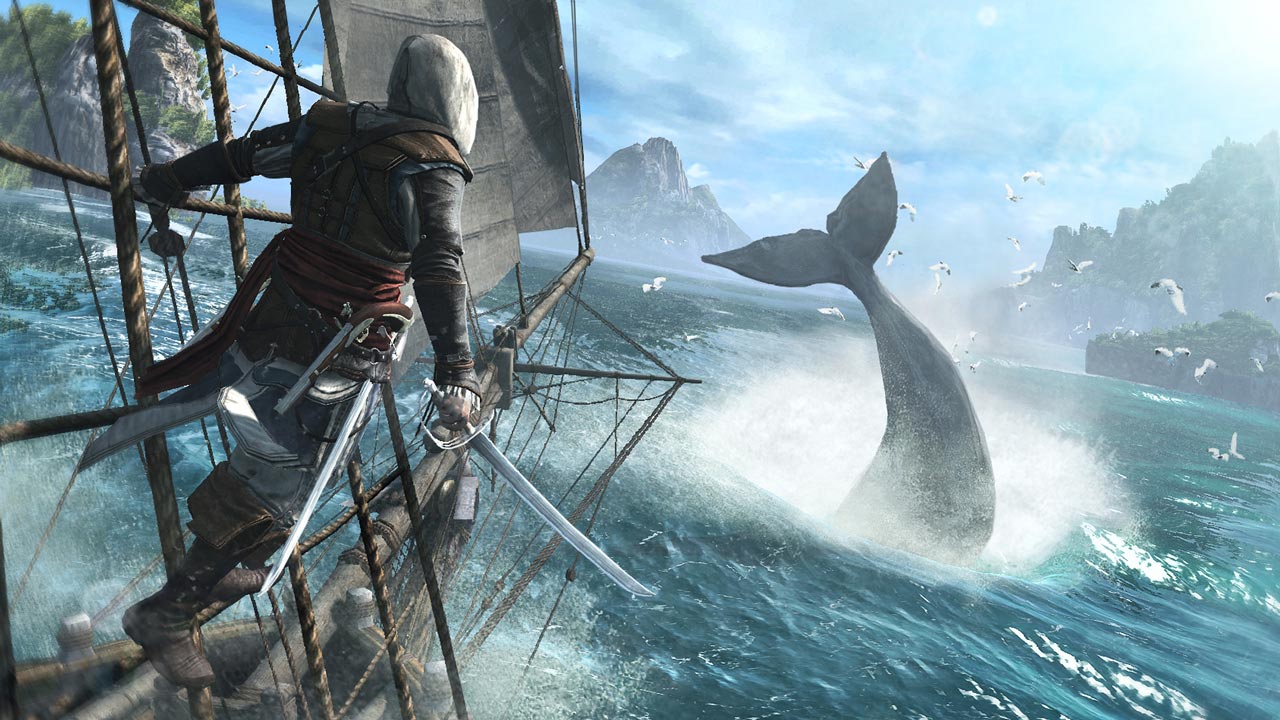 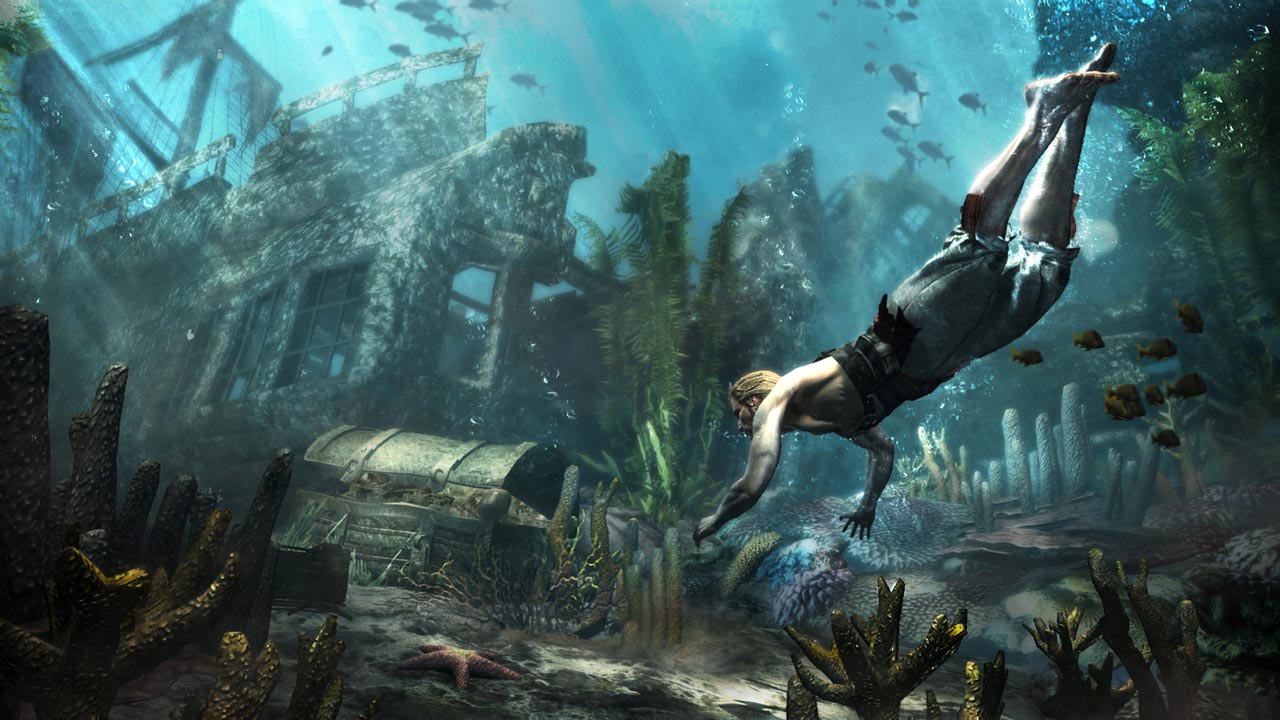 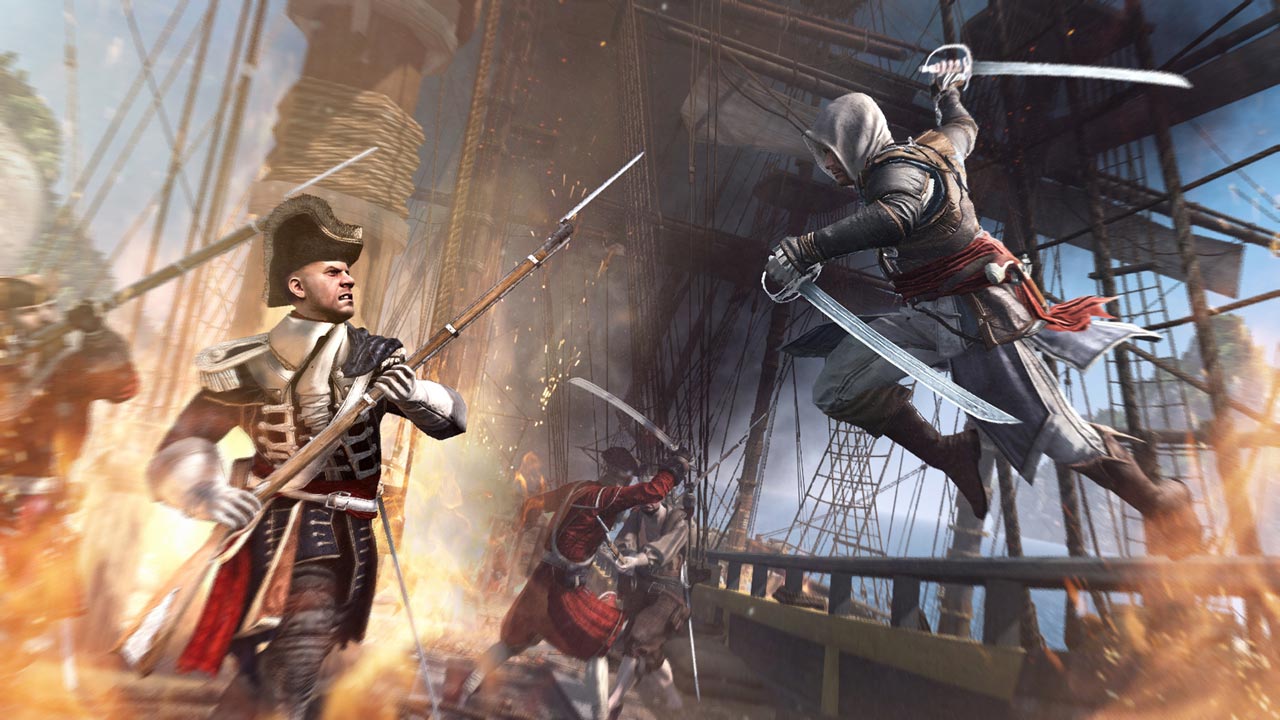 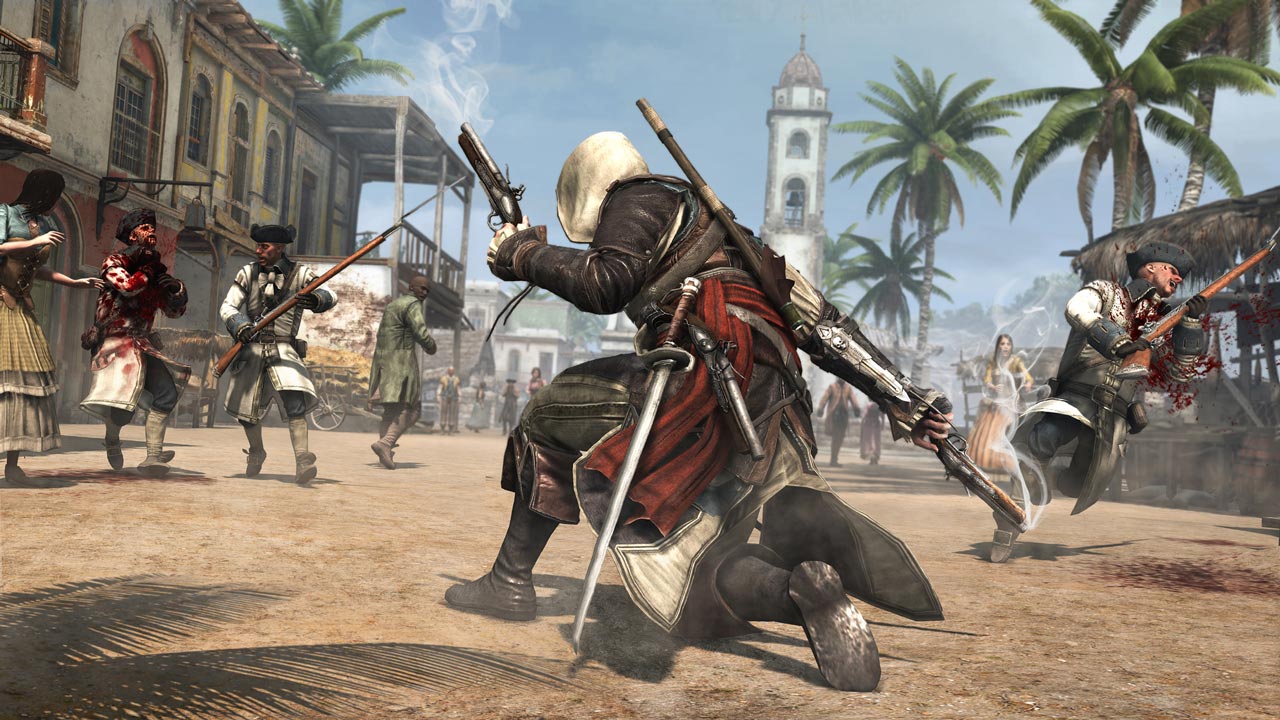 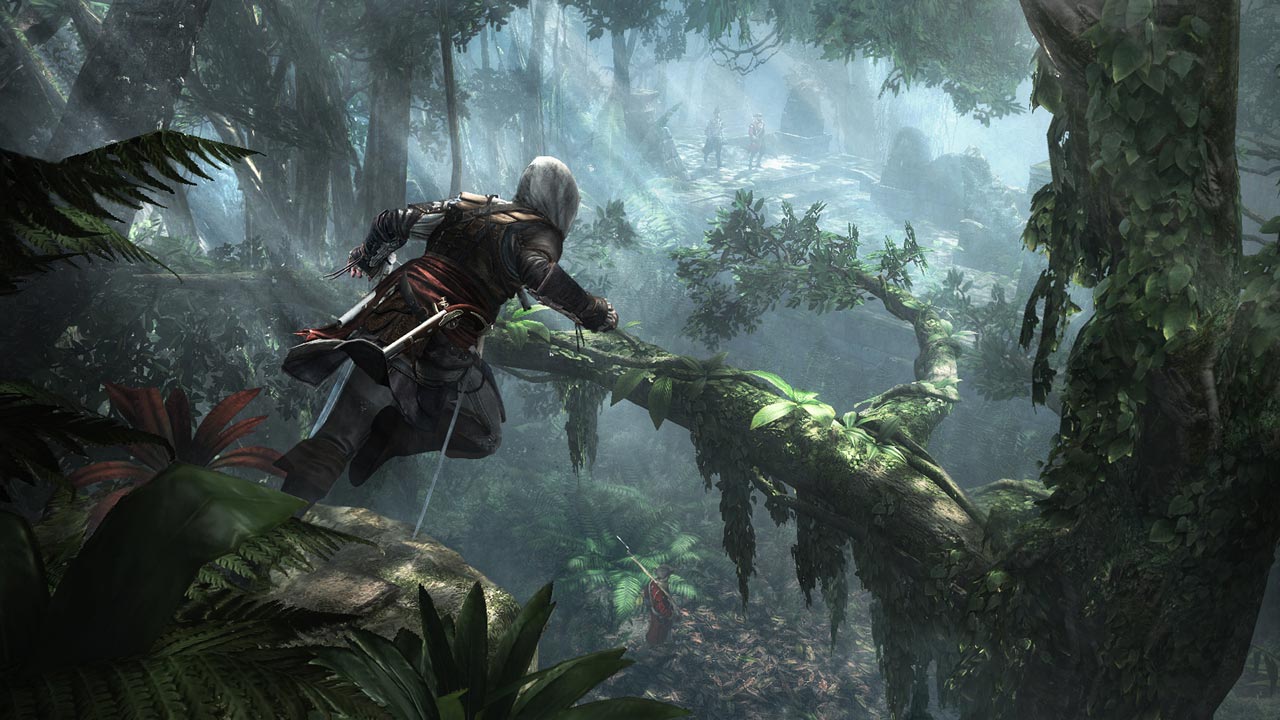 Attention! This key is intended for activation in Uplay (not on Steam). Keys purchased by mistake cannot be exchanged or returned.

=========================================
1715, Caribbean Islands. Pirates became the true rulers of the sea and land, having organized their own republic of lawlessness, greed and cruelty.
Among these robbers is the young captain Edward Kenway. The reputation of the brawler and adventurer allowed him to gain the respect of legends such as Blackbeard, but also pulled him into the ancient war between the Assassins and the Templars, in a war that could destroy everything that the pirates created.

• Daring Assassin´s Rebel
Become Edward Kenway, the charismatic and brutal pirate captain trained by the Assassins. Edward skillfully uses the hidden blade of the Order of the Assassins and new weapons, including double boarding sabers and a set of four pistols
• EXPLORE AN OPEN WORLD FULL OF VARIOUS OPPORTUNITIES
Explore the widest and most diverse Assassin’s Creed world ever created. Explore over 75 unique places from Kingston to Nassau and live the life of a real pirate:
• Loot a shipwrecked ship
• Kill the Templars in flowering cities
• Hunt rare animals in the wild jungle
• Search for treasures in the lost ruins
• Hide from enemies in secret bays
• BECOME THE MOST DANGEROUS CARIBBEAN PIRATE
Drive your ship “the Jackdaw” and inspire fear in everyone who meets you on its way. Loot and count the loot, upgrade your ship, buy more ammunition and supplies that you will need for future naval battles. Ship upgrades are crucial to Edward’s maritime success throughout the game. Attack and board massive galleons, recruit a team of dedicated sailors and embark on an adventure
• LEARN ALL ABOUT THIS PIRATE LIFE
Find yourself among legendary characters like Blackbeard, Calico Jack, Benjamin Hornigold and establish a republic of lawlessness in the Bahamas, which will ultimately mark the beginning of the Golden Age of Piracy
• BEST MULTIPLAYER MODE FOR THE WHOLE HISTORY OF ASSASSIN’S CREED
Test your abilities as a real killer while traveling around the Caribbean islands, discovering new pirates and exploring exotic and colorful locations. You will also have access to the Game Lab, where you yourself can create multiplayer modes by choosing abilities, rules and bonuses. Play and share your modes with friends

1. You need to download and install the Uplay client: http://uplay.ubi.com/ (if not already installed)
2. Launch Uplay
3. Create a new account or log into an existing one
4. Having opened the application, click the settings icon in the upper left corner, then select “Activate product”
5. Enter the activation key you purchased
6. After that, the game will appear in the library of games and it can be installed