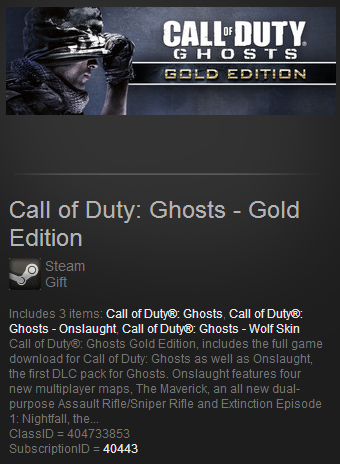 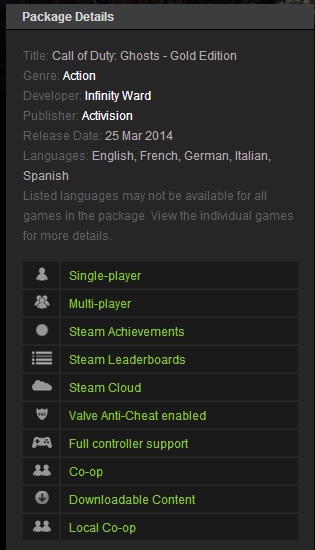 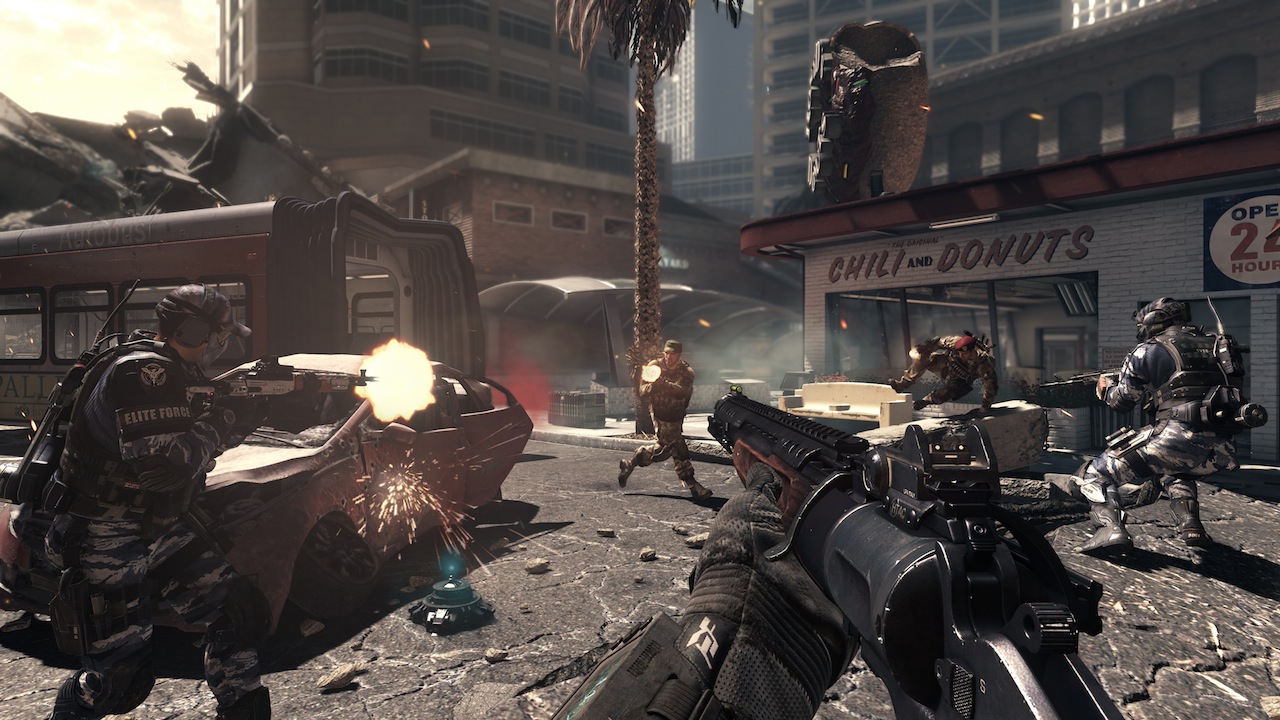 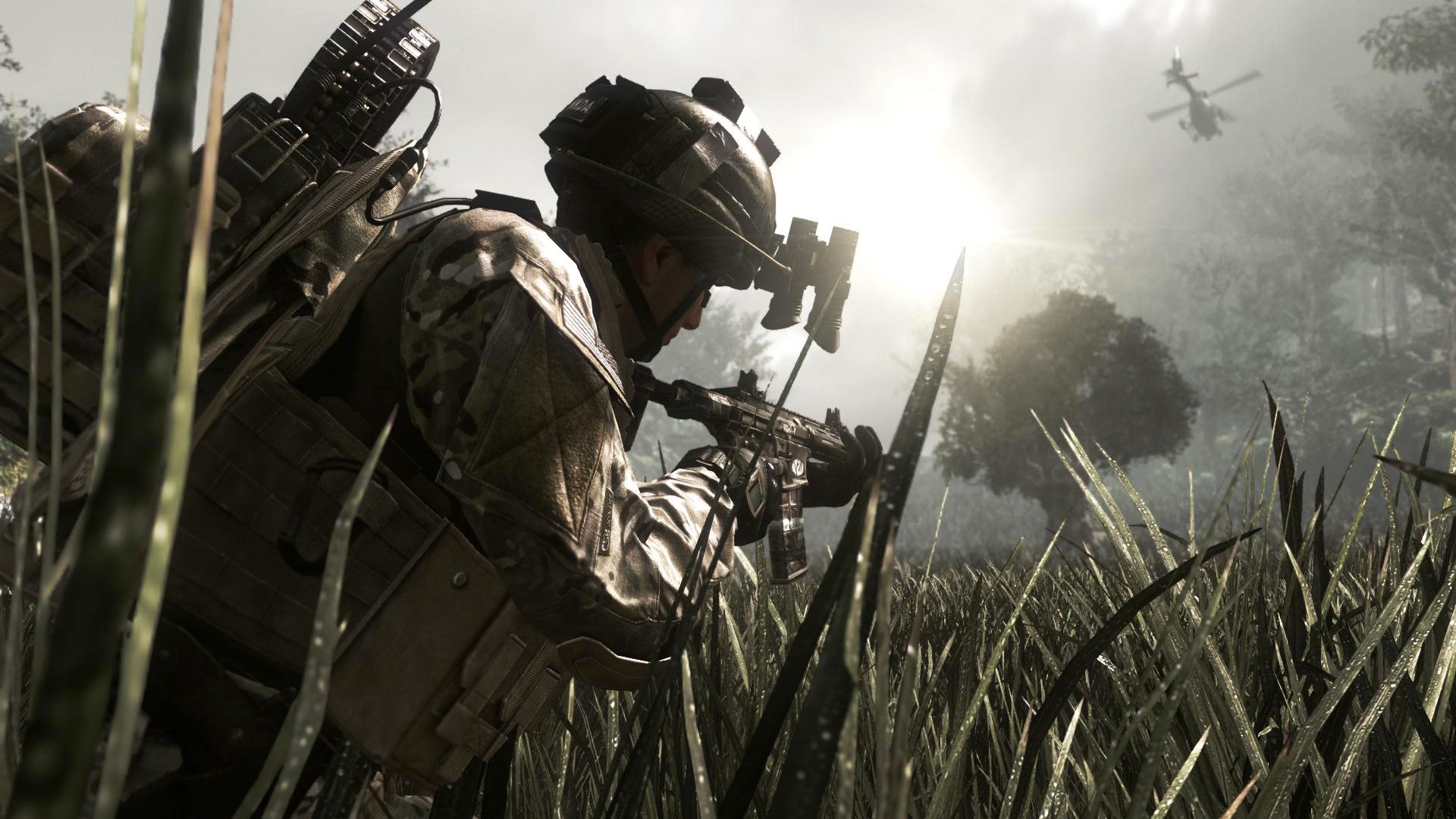 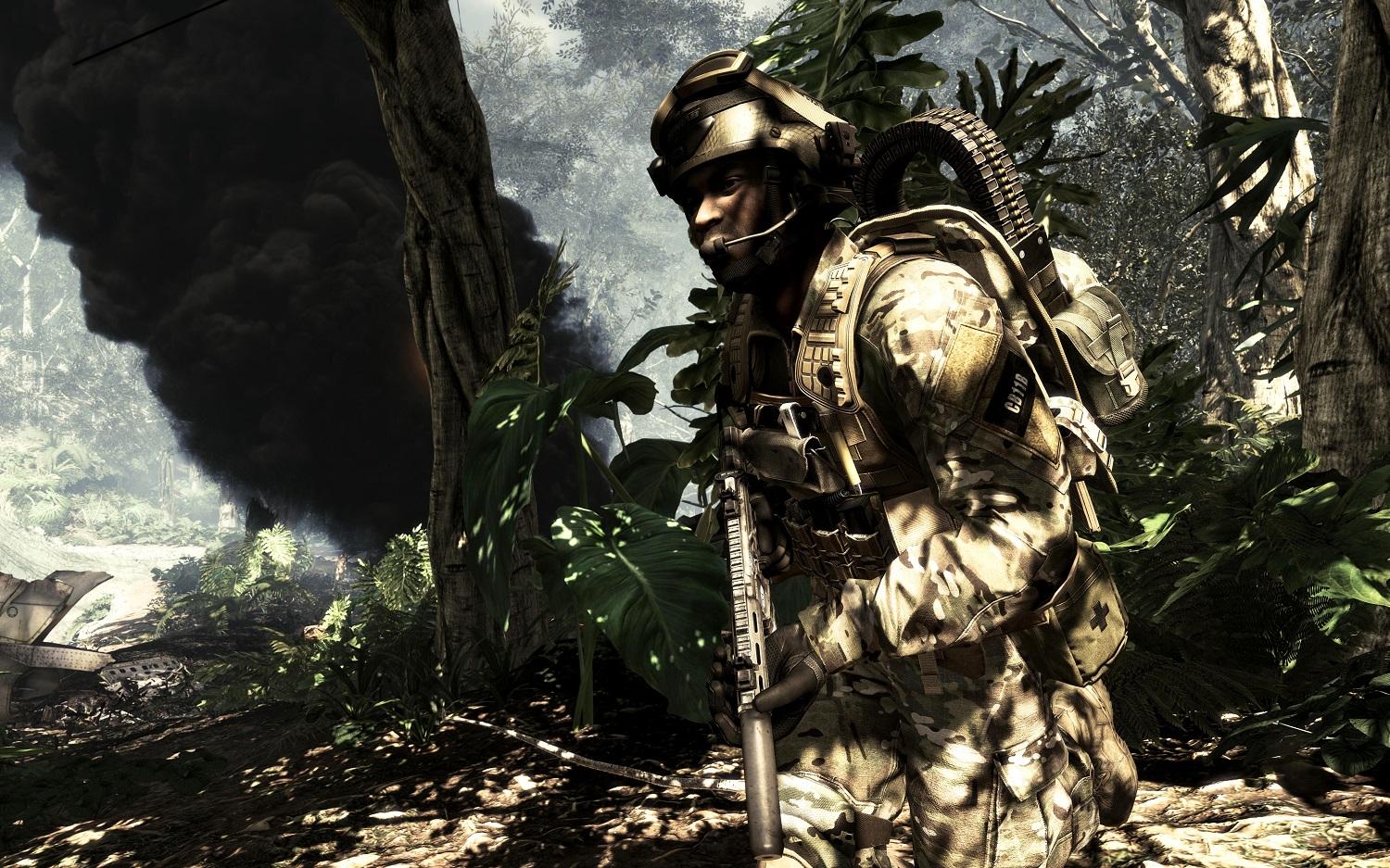 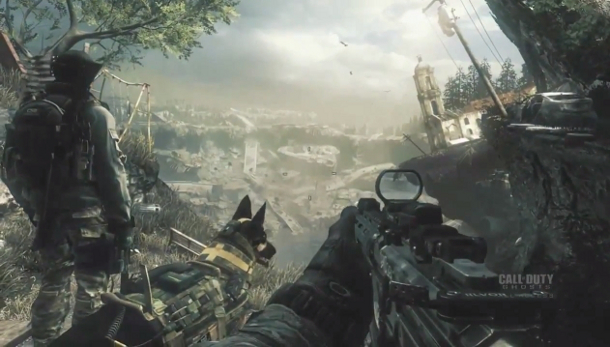 The company Activision studio Infinity Ward and represent a new game of the legendary series of Call of Duty, forever changed the idea of \u200b\u200bfans of the genre of first-person action.

Call of Duty: Ghosts will offer players a completely new story, the effect of which will unfold in the unique circumstances.

And thanks to a new graphics engine, you expect an incredibly impressive sight worthy of a new generation of gaming systems.


Outnumbered and outgunned, but not outmatched.

Welcome to Call of Duty®: Ghosts, an extraordinary step forward for one of the largest entertainment franchises of all-time.

This new chapter in the Call of Duty® franchise features a fresh dynamic where players are on the side of a crippled nation fighting not for freedom, or liberty, but simply to survive.


Ten years after a devastating mass event, the nation´s borders and the balance of global power have been redrawn forever.

A superpower no more, its economy and government in ashes, the country´s once-mighty military struggles to stave off complete collapse.


As what´s left of the nation´s Special Operations forces, a mysterious group known only as "Ghosts" leads the fight back against a newly emerged, technologically-superior global power.

Fueling this boldly reimagined Call of Duty® universe, the franchise´s ambitious new next-gen engine delivers stunning levels of immersion and performance all while maintaining the speed and fluidity of 60 frames-per-second across all platforms.

The Introduction of a New Next-Gen Engine: Call of Duty®´s new next-gen engine ushers in an unprecedented level of innovation, delivering stunning and lifelike characters, gorgeously rendered environments, and authentic real-world animations, all brought to life by advanced lighting systems and visual effects that redefine forever the signature standards Call of Duty® fans have come to expect from the critically-acclaimed series.

A New Call of Duty® Universe: For the first time in franchise history, players will take on the underdog role with Call of Duty®: Ghosts; outnumbered and outgunned, players must fight to reclaim a fallen nation in an intensely personal narrative. Gamers will get to know an entirely new cast of characters and locales in a world unlike any that Call of Duty® has explored before.

The Next Generation of Multiplayer: Armed with a new next gen engine, Call of Duty®: Ghosts redefines the franchise´s hallmark multiplayer experience. Dynamic maps bring earthquakes, floods, and user-initiated events that fundamentally alter the flow and strategy of every fight. Also, with unparalleled character customization, players have total control to tailor-make their soldier. These are just two of the many innovations going into the Call of Duty®: Ghosts multiplayer experience.